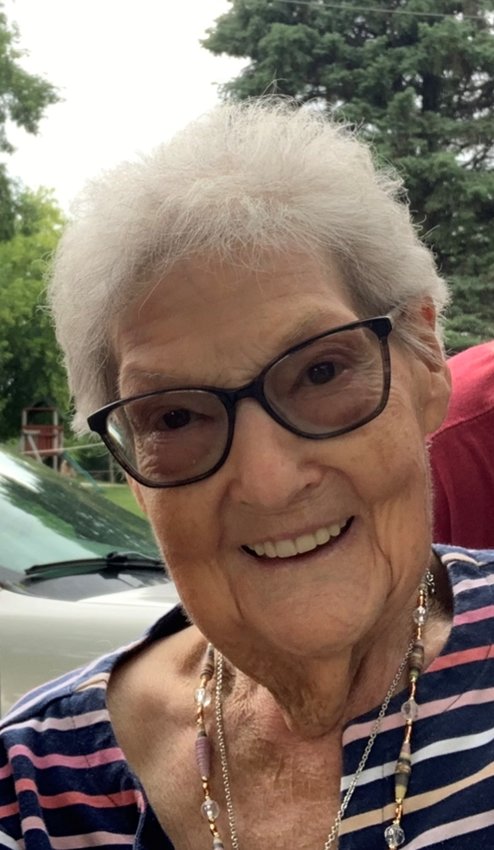 Erma Iona Hansen, age 85, of Blair, passed away May 10, 2022, surrounded by her loving family. The memorial service will be held Saturday, May 14 at 11:30 a.m. at Hillside Christian Church in Blair.

Graveside services will follow in the Blair Cemetery.  Visitation will be held one hour prior to services at the church.

Erma was born Jan. 10, 1937, in Waco, Mo. at her grandmother’s home, the daughter of Reverend Ralph and Jessie (McCorkle) Kersey.  The family moved between several states before settling in Blair.  She attended and graduated from Blair High School.  In early 1950s she met her future husband, Ron Hansen and on Aug. 3, 1957, the couple were united in marriage.  After their wedding, the couple moved to Pasadena, Calif. while Ron served in the U.S. Army.  In 1960, they moved back to Blair to raise their family.  Over the years, Erma worked at various locations including Boys Town, Car Crafters, and later retired from Hairloom in Omaha.  Erma was active at First Christian Church and Benson Christian Church.  She enjoyed attending family sporting events, Husker football, and crafting.  She especially loved celebrating her family’s birthday and special events.

She was proceeded in death by her parents, two brothers, and a sister.

As Erma was a breast cancer survivor, the family has requested that memorials be directed to the Susan G. Komen for the Cure Foundation.