The Volunteer of the Year award is given annually to a Washington County resident who represents what being a community volunteer is all about. It’s not about how many hours are tallied, how many lives are touched or how much money is given. It's more about the service he or she provides to the community.

Winners are selected based on the nominations received from the community.

Past winners have included individuals and groups who have helped out many people or just a few in small ways over the years. These are people who give selflessly, but maybe haven’t received their deserved recognition.

All of the nominees will be mentioned in our "Volunteer of the Year" story in Progress 2021, published in February. Enterprise Media Group will also donate $500 to the Washington County organization or charity of the winner’s choice.

Nominations must be submitted by Jan. 4. How to submit:

Past 'Washington County Volunteer of the Year' winners

• 2013: Gary Lambrecht, Kennard, and Friends of the Blair Public Library 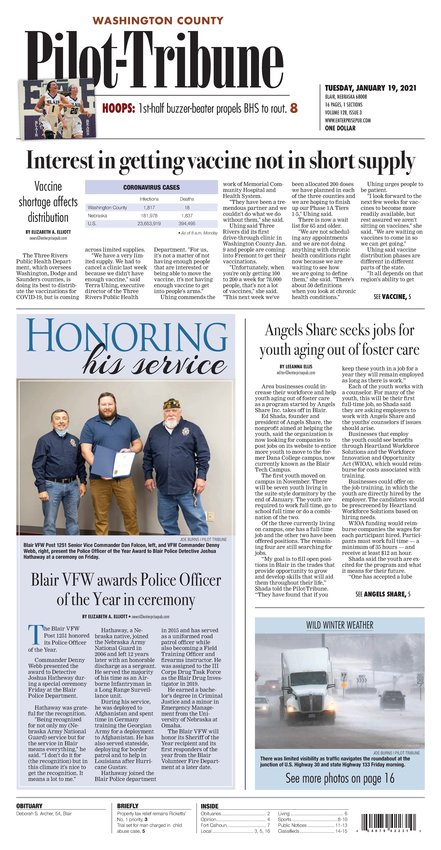