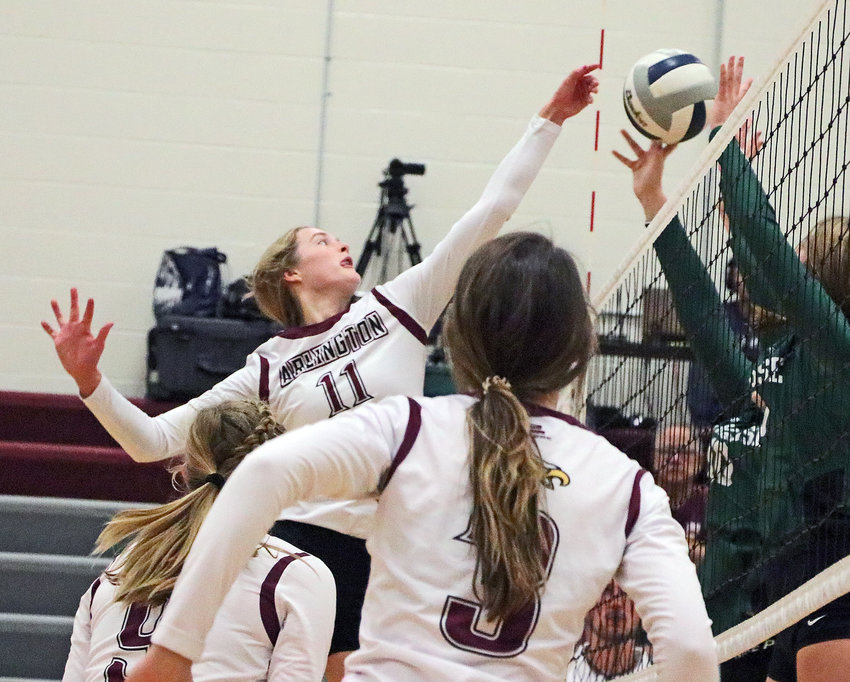 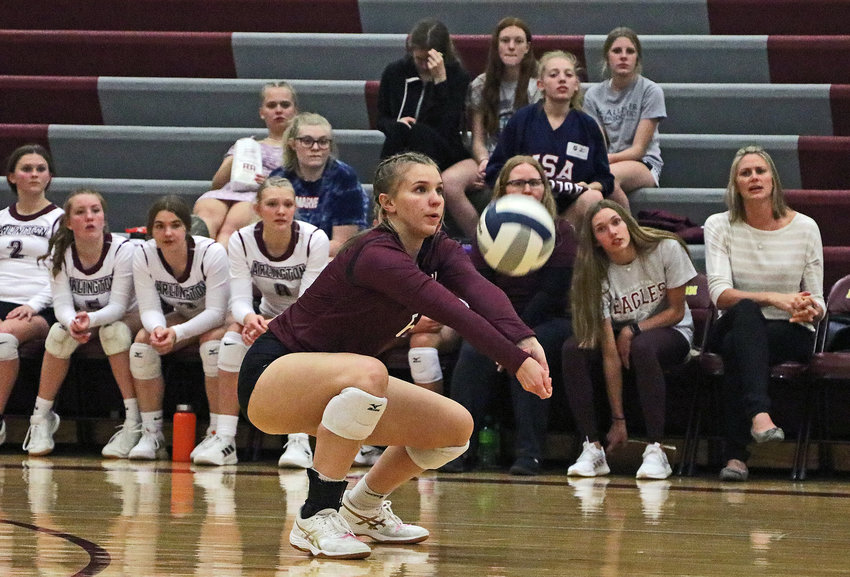 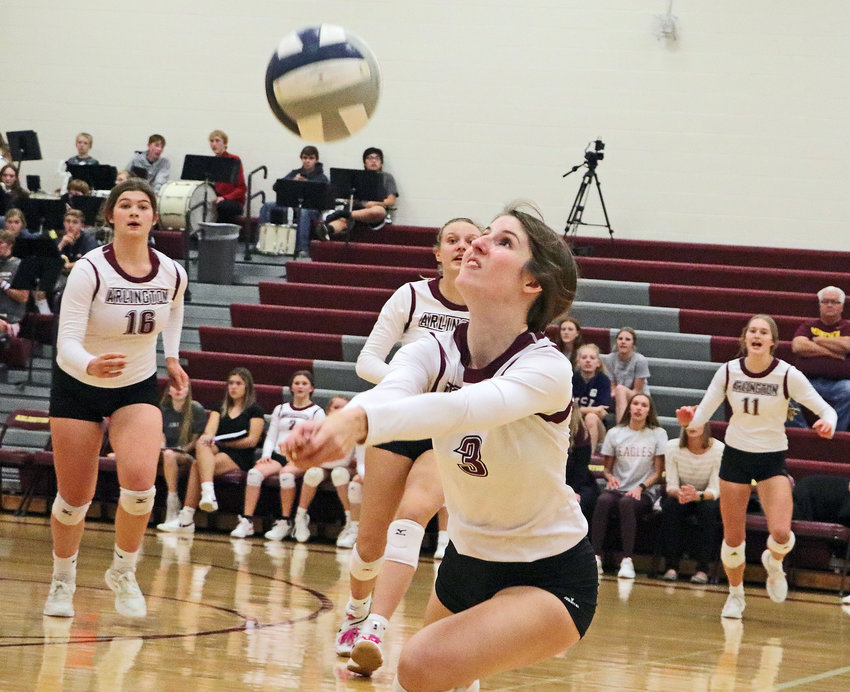 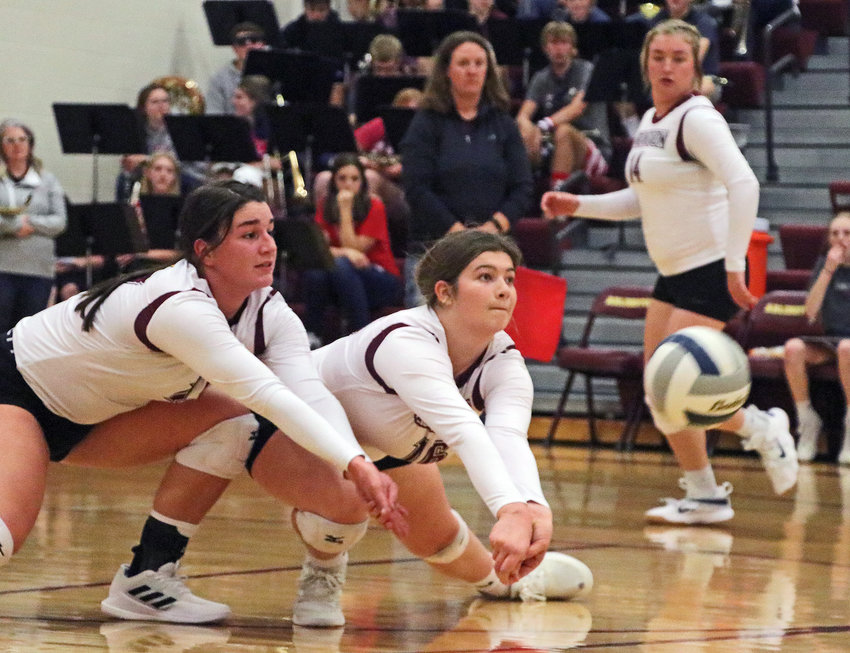 The final home-court kill of Chase Andersen's standout high school career came on an assist from her usual source.
Arlington volleyball classmate Janessa Wakefield, the Eagles' setter, moved the ball from the right side of the net to the left where Andersen spiked it over, down the line and to the floor. The point came during the third set of shorthanded AHS' three-set loss to Class C1 No. 5 Syracuse on Tuesday, 25-16, 25-20 and 25-9.
“We put up a tough fight against a tough Syracuse team,” said Eagles coach Katarina Nelson. “I think our hustle and our energy tonight was huge.”
Arlington fell to 14-11 in defeat, while the Rockets improved to 24-1.
“Obviously, a tough loss,” Arlington's coach continued. “But I think the seniors have showed some great leadership throughout the whole season.”
The match served as the 12th-grade Eagles' sendoff. Andersen, Wakefield, Stella Lewis, Kate Miller and Cassidy Arp contributed on the court as injured standout Kailynn Gubbels involved herself from the bench. Bailey Bracht and Elise Visser were also senior members of the volleyball roster this fall.
“Raw athleticism, right away,” Nelson said of her initial impressions of the class when she arrived in 2019. “You could see it. It just needed a little refining, but they had the talent. They've always had the talent.”
Those skills were on display in defeat Tuesday. Arlington started fast, scoring a 4-0 advantage on three Andersen kills from Wakefield and a single Syracuse attack error.
Andersen's highlights added up as the first set went on. The senior outside hitter scored kills from the left side, right side, back row and on a light tap to the center of the floor.
Sophomore Taylor Arp added an Eagle ace, and Lizzie Meyer had an ace block, but AHS still dropped the set by nine.
Nelson's team jumped out to a 3-0 advantage during the second set, too, but the Rockets battled back to a 10-10 tie. Cassidy Arp notched an Arlington ace and Miller had two kills during the early stages, but the Rockets eventually earned the 25-20 victory for a 2-0 lead.
That Syracuse lead turned into a 3-0 sweep despite kills by Austyn Flesner and Miller before Andersen's last. The senior Eagles closed their final regular season with the most wins they've earned during a campaign in their four-year run.
Next, Arlington are scheduled to play during the Class C1-6 Subdistrict Tournament. The site and tourney matchups were unavailable as of press time, but the event is set for Monday and Tuesday.