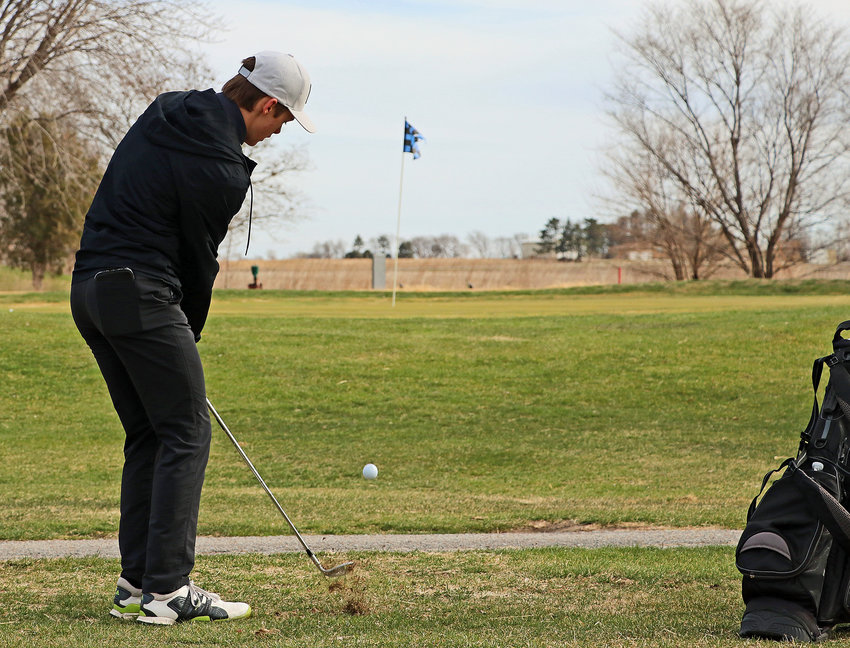 Blair golfer Easton Chaffee chips over the cart path and onto the No. 1 green earlier this season at Ashland Golf Club.
Grant Egger
Posted Wednesday, May 18, 2022 6:06 pm
Staff reports

Blair golfer Easton Chaffee chipped in for birdie on his final hole Wednesday, qualifying for the NSAA State Championships in Scottsbluff.
The Bear finished eighth with 82 strokes during the Class B District 2 Tournament at Wayne Country Club, while his team was eighth with 383. Fort Calhoun was 11th with 400 strokes.
While Chaffee led the way, BHS' Connor Wayman finished with 97 strokes. Adam Grote, Luke Ladwig and Landen Oppliger all shot 102s, too.
FCHS was led by Landon Miller's 91. Owen Newbold added 96 swings, while Owen Miller took 105 and Dylan Boldt shot a 108. Tyler Eastman had 122 strokes as well.
Next, Chaffee will compete in the state meet at Scotts Bluff Country Club. The two-day, 36-hole event begins 9 a.m. next Tuesday.

For the full story from Wayne, check out next Tuesday's edition of the Washington County Pilot-Tribune.