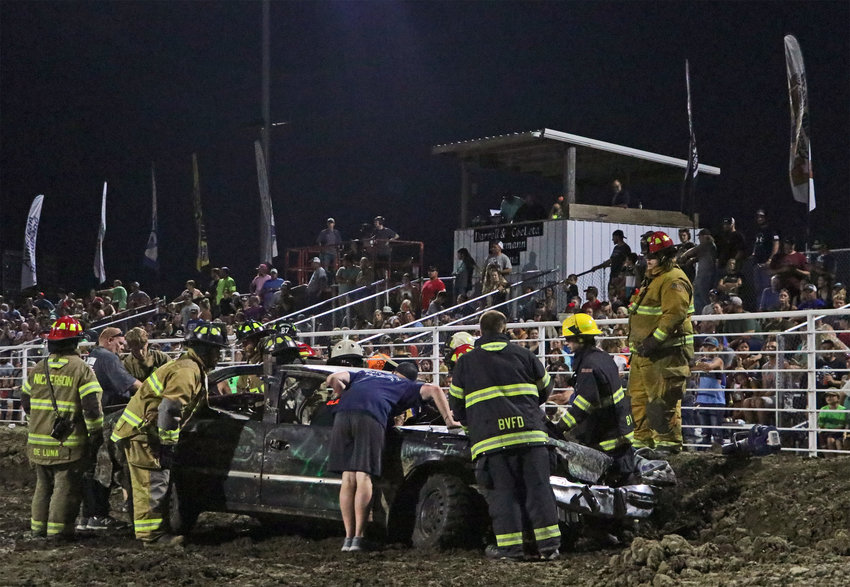 A demolition derby driver was extracted from his No. 4KE car and transported to a Fremont hospital Wednesday night.
The adult man was involved in a car-on-car collision during the Compact Feature at the Washington County Fair event in Arlington. First Assistant Fire Chief Joe Leonard of the Blair Volunteer Fire Department said the man was dealing with an injury to his knee, and possible head and neck injuries.
Arlington Volunteer Fire and Rescue personnel transported the driver to Fremont via ambulance. The derby continued after the emergency vehicle left the fairgrounds with volunteer fire and rescue personnel from Fort Calhoun, Nickerson, Kennard, Blair, Arlington and Herman already in attendance for the annual fair event.
A second driver needed brief assistance shortly after the initial call to action, but was able to leave the arena under his own power.

'It's the best job in the world'

'It's the best job in the world'