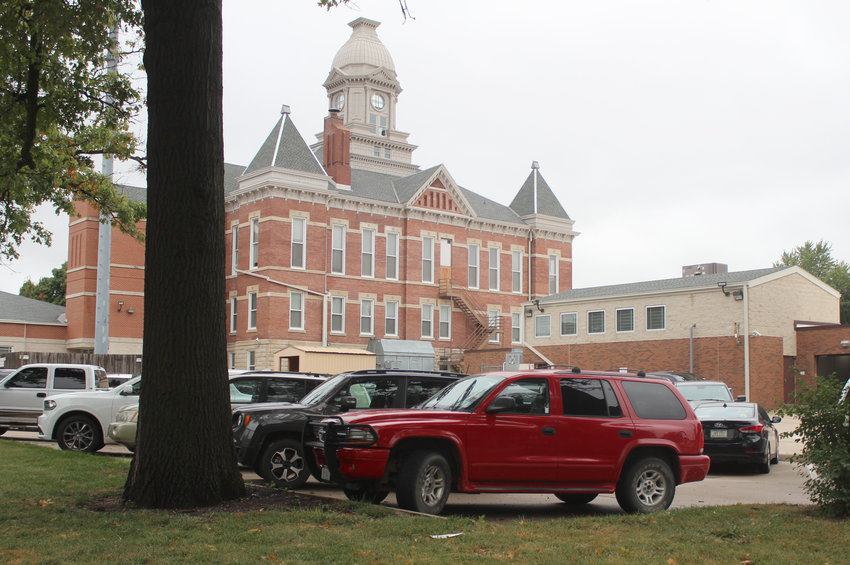 After the Planning Department was closed last week due to an employee testing positive for COVID-19, the Washington County Emergency Management team presented an infectious disease protocol for the courthouse.

Emergency Manager Dan Douglas spoke to the Board of Supervisors on Tuesday during its regular meeting. The board unanimously approved the protocol, with the intent that it will be revised as necessary.

The Planning Department was closed Nov. 30 after an employee checked into the hospital for issues not related to COVID-19 and tested positive for the disease.

"We did a quick background check to see when she was last in the building. With the Thanksgiving holiday, it was very helpful to us that we didn't have any more exposure than we did," Douglas said.

"At the time, we really didn't have any procedure protocols or anything established as to how to address it or what to do with it. Our initial reaction was just to close the office down completely as soon as we could to assess what was going on with the other employees, and the public."

Douglas told the board the Planning Department is one of few departments that does not have Plexiglass protectors or anything else to shield employees or the public.

After testing was completed for the Planning Department, the employees were cleared to return to work a week later.

"We got through that without any major incidents, nothing spread as far as I know any further," Douglas said.

With the protocol, Douglas said he intends to keep it open for the board or Emergency Committee to change it as necessary, such as when a vaccine is introduced.

One change made was rather than closing a department right away, the Emergency Committee would conduct an investigation to determine if closure is necessary.

"As opposed to immediately shutting the whole office down, we can determine there probably isn't any close contact as they identify as being 6 feet for more than 15 minutes in a 24-hour period," Douglas said. "If we could potentially leave the office open, again, I report all that to the Emergency Management Committee for a final review."

The first item on the protocol says any diagnosed person has to report the occurrence to their supervisor as soon as possible. The supervisor will then immediately contact Douglas.

Douglas told the board there was no concrete plan in place, which is why the protocol was introduced in the first place.

"We did not have a plan for when the county courthouse as a facility was going to address a positive person in the building as an actual employee of the building," he said. "If some other crazy disease comes in in two years, we've got a basis to go off of."

Supervisor Lisa Kramer said contact tracing is imperative for employees to understand with this protocol.

"I believe it's necessary for us to have some sort of procedure in place for Emergency Management to come in and have a quick response so we minimize any potential spread within our offices," she said. "I like the idea of having employees indicate they have not met the close contact definition because I think there's some confusion and uncertainty and I don't want the county to end up in liability or responsibility because we were allowing people to work and they were confused about what close contact is."

Washington County Courthouse, Board of Supervisors