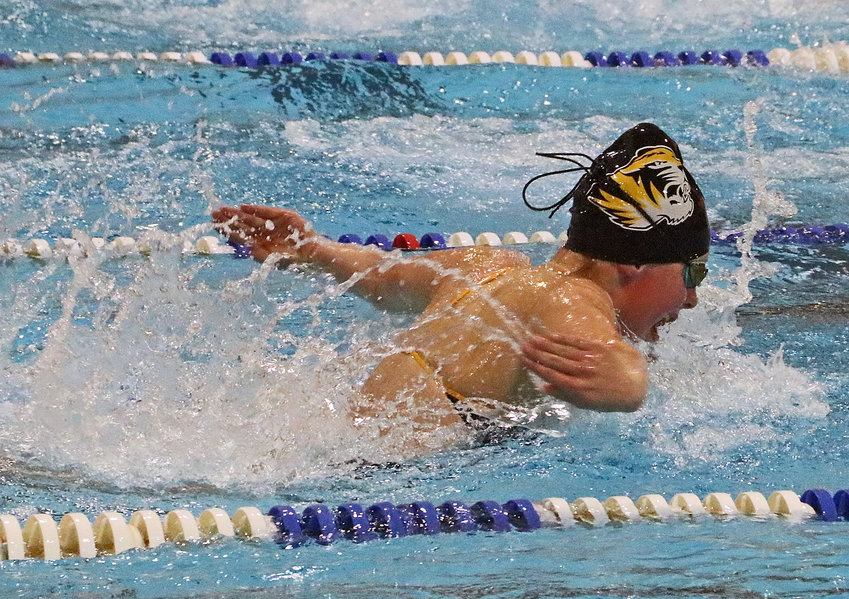 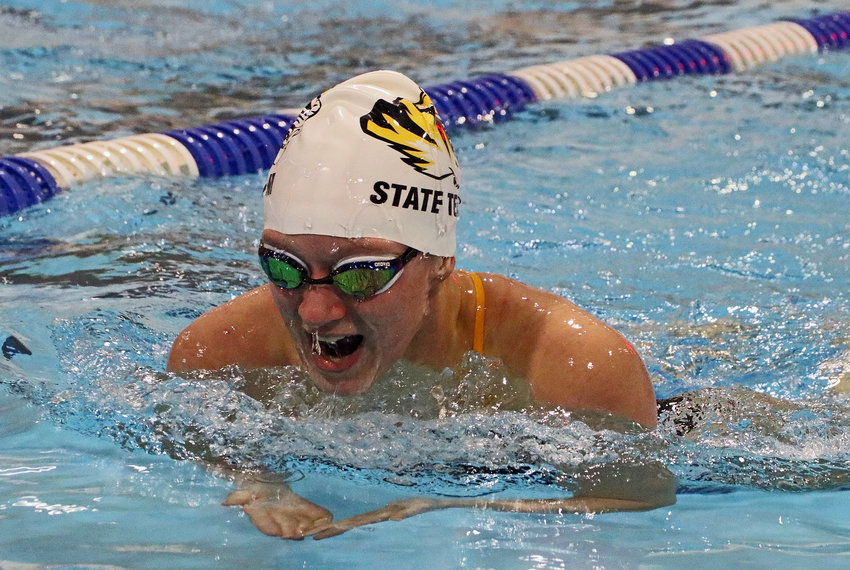 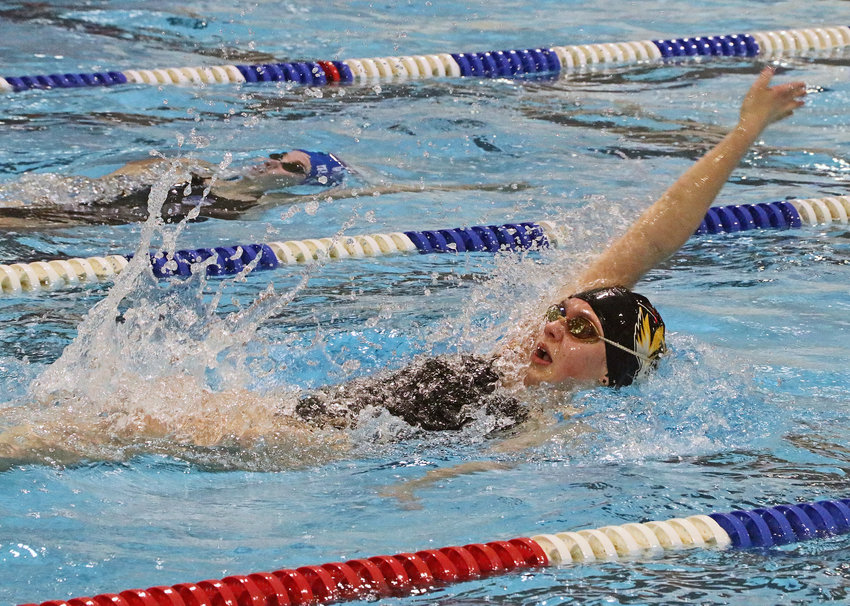 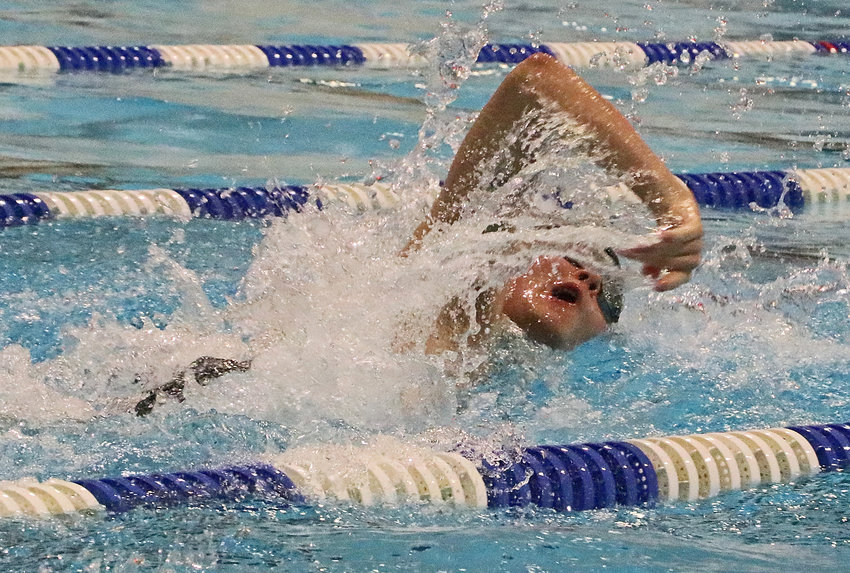 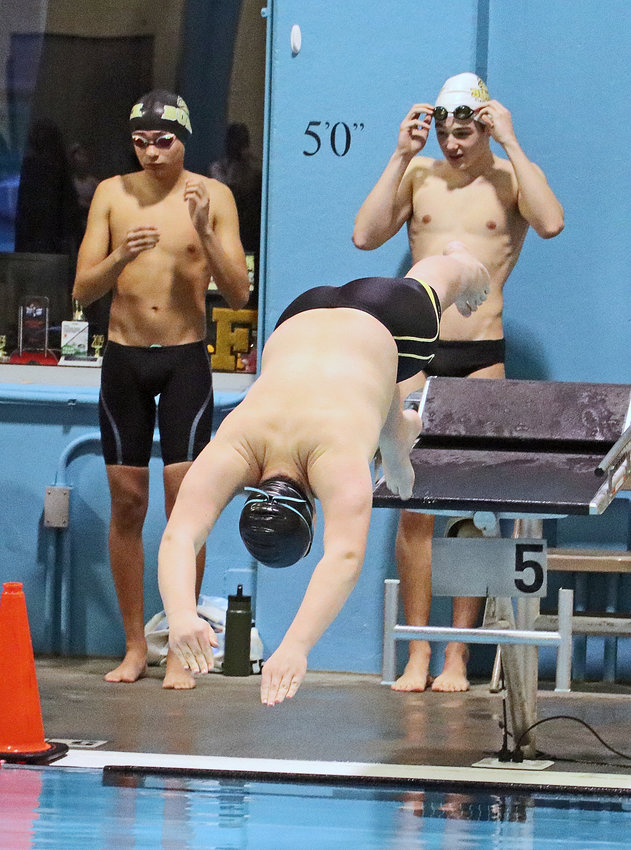 For the first time in 2022, the Fremont swim team competed in its home pool Tuesday evening.
Karsen Jesse earned her Tigers' lone event win away from Lincoln East and Omaha Burke during the three-team meet, but Washington County Tigers from Arlington and Blair combined for five second-place finishes, too.
The first silver-medal-effort belonged to AHS' Cade Arnett, who combined with Landon Lamson, Connor Christ and John Monson for a 1:45.01 time in the 200-yard medley relay — the day's second race. The Eagle was Fremont's anchor, reaching the wall with his freestyle strokes from one end of the Dillon Family Aquatics Center pool to the other.
Later, Arnett's same relay lineup of Tigers would earn second in the 400 freestyle, too.
Elsewhere, Blair freshman Ryleigh Schroeter teamed with Arlington's Lizzie Meyer as well as Jesse and Lucy Dillon for a second-place finish in the 200 freestyle relay. The team clocked in at 1:43.57, while Meyer's runner-up 400 freestyle relay lineup finished in 3:55.6. The Eagle was joined by Fremont teammates Charlotte Vech, Grace Blick and Dillon during the longer race.
Lastly, Schroeter claimed a second-place finish on her own in the 200 freestyle. She touched the wall in 2:04.08, which was just behind Lincoln East's Avery Smith (2:03.67).
Arnett, Schroeter and Meyer competed in more events, too, with Meyer's third-place effort in the 100-yard backstroke highlighting them. She finished that race in 1:06.73.
In addition, Washington County swimmers Jane Busboom and Dathan Hansen also raced in Tiger swim caps Tuesday. Busboom, a Blair Bear, was a member of two fourth-place relay teams, while also earning sixth individually in the 50 freestyle. That effort took just 26.9 seconds.
Hansen, meanwhile, swam two individual events and on two relay teams. The Eagle's team efforts resulted in two sixth-place finishes, while he was seventh in the 100-yard freestyle race.
Fremont next competes Saturday at the Lincoln High Invitational. Races start at approximately 10 a.m.