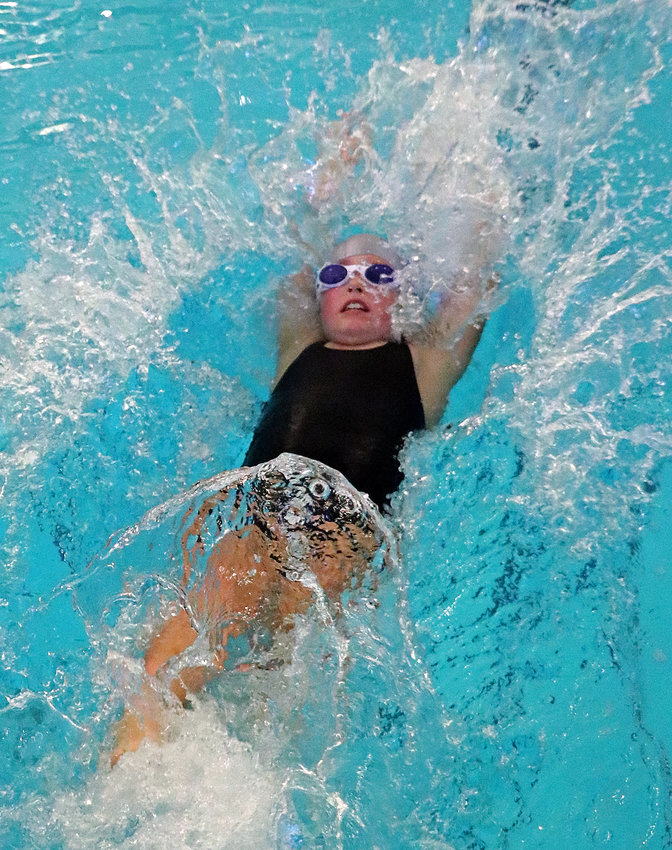 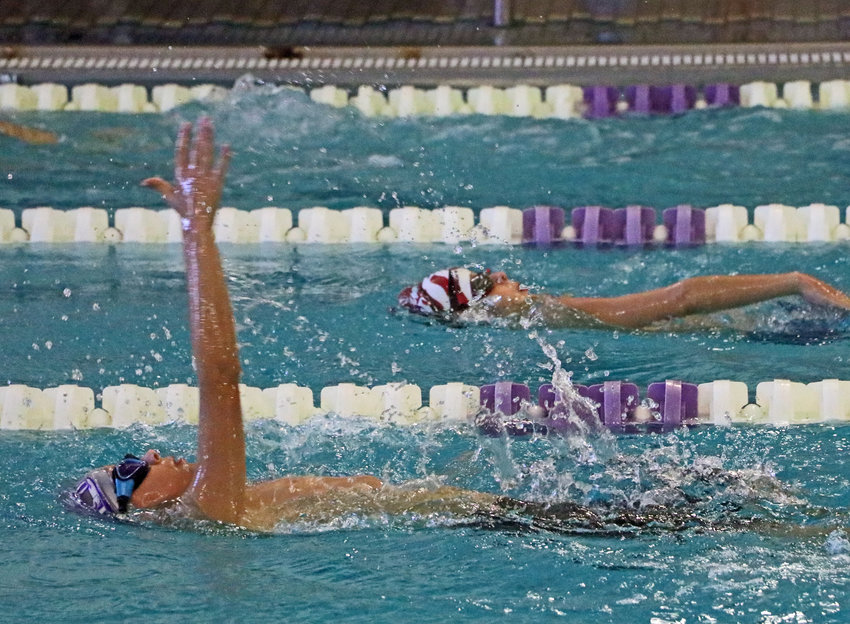 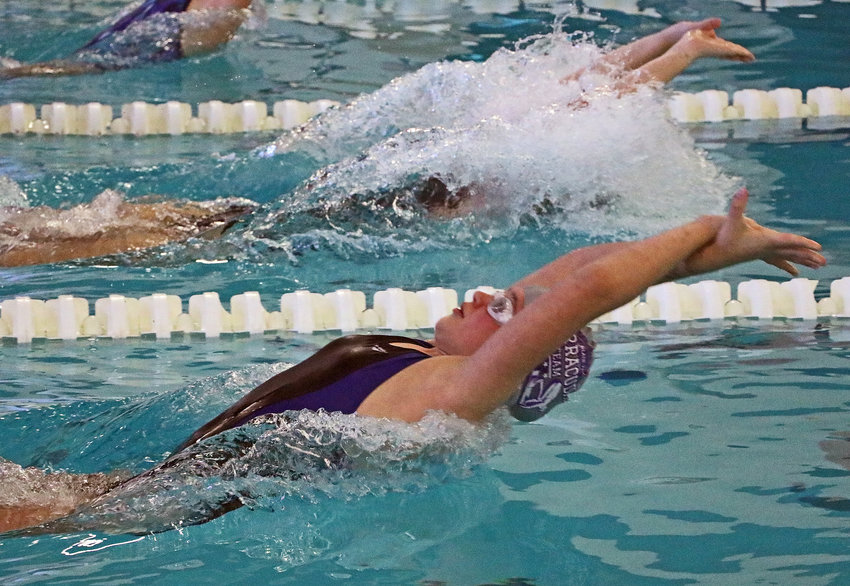 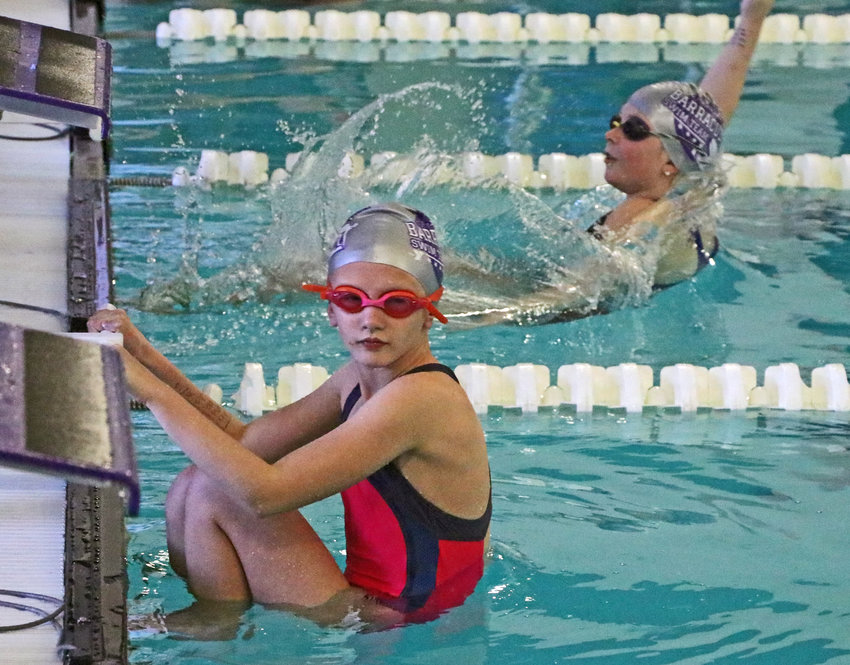 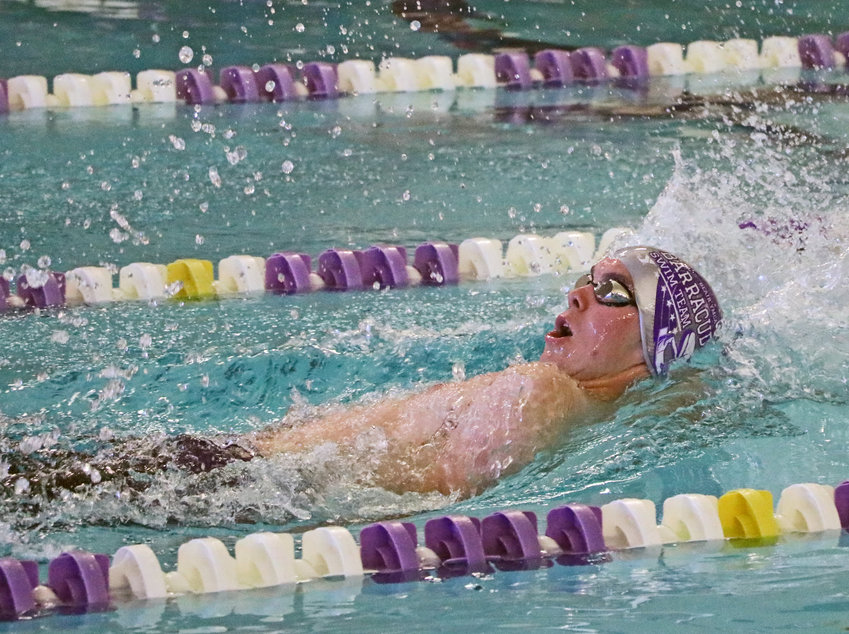 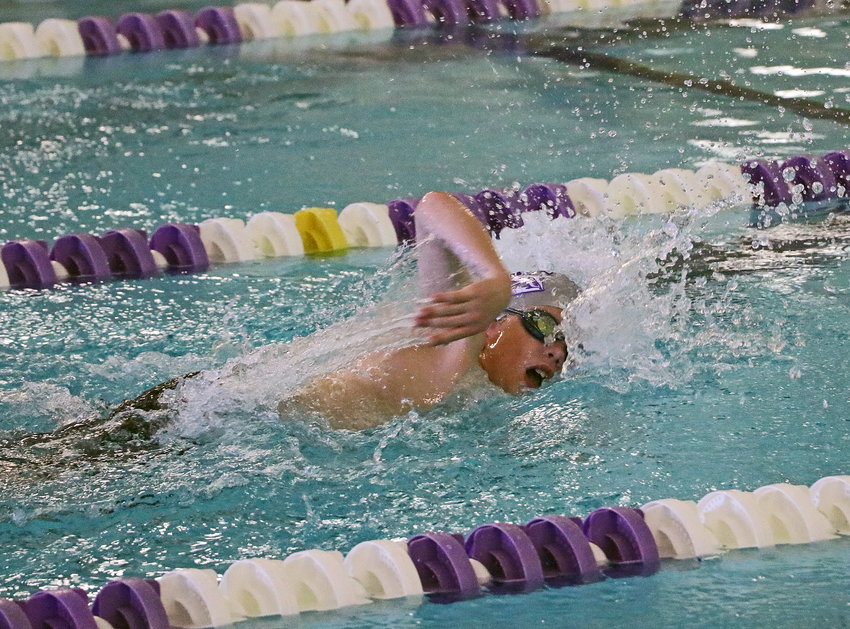 Washington County youth and high school swimmers competed in pools at both the Blair Family YMCA and in Columbus last week.
After the Fremont High School team started its winter season on the road Thursday, the YMCA Barracudas hosted their annual Brent Olson Memorial Swim Meet on Saturday. The namesake was a coach and pillar of the swimming program for a decade prior to his death in 2016.
“He came to my college meets,” current coach Skylar Tatreau said Saturday, remembering her former coach and his commitment to her. “He was always a strong, good coach to me and he always brought family into this. It's always been one goal, one team, one family.”
Olson's daughter, Rachael, 18, is a senior member of the YMCA team, which has swimmers has young as 6 years old on it.
“My dad would have loved how everyone is still continuing to swim through COVID-19 and stuff like that,” said Olson, who is from Mondamin, Iowa. “I think he would have been very happy and proud.”
The former Barracudas coach would have also been proud of the swimmers' progress this season. Saturday's home meet was their third overall this campaign.
“We've been putting a lot of focus in on our strokes, our technique, starts and turns,” Tatreau said. “It's great to see everyone kind of dropping time every meet we do.”
The progress has been team-wide.
“Everyone's been dropping time,” she added. “Two, 3 seconds here and there.”
Another senior member of the Blair squad, Clayten Roth, 17, competed in multiple events Saturday, including the 100-yard backstroke.
“I felt like it was a good swim and there's still room for improvement in there,” he said.
Both Roth and Rachael Olson enjoy helping and watching their younger teammates.
“They're fun to watch swim and succeed in their events,” Roth said.
“I was their age when I started, so it's kind of cool to see them grow up and how they improve throughout the year,” Olson added.
On Saturday, every Barracuda competed in coach Brent Olson's honor.
“His legacy goes on,” Tatreau said.
Rachael graduates high school next spring and hopes to compete in college, but she still plans to be back at the YMCA next year when she can.
“Oh, I'll come watch,” she said with a smile.
Results from Saturday's meet, meanwhile, will appear in Friday's Washington County Enterprise.

BHS, AHS swimmers start prep season
Blair and Arlington High School swimmers started their winter seasons on the road alongside their Fremont teammates Thursday.
The FHS Tigers defeated the Columbus Discoverers 124-33 during a girls dual, while also winning a 100-58 boys matchup. Coach David Struble's squad won every girls event and all three boys relays.
Arlington Eagle Cade Arnett was a member of two first-place relay squads. He teamed with Landon Lamson, Connor Christ and Gabe Christ in the 200-yard medley relay, while also earning top honors with his 200 freestyle team.
Arnett was also second in the individual 200 free and third in the 100.
Sophomore Arlington student-athlete Lizzie Myer, meanwhile, won the 200 IM and 100 backstroke events individually. She finished those races in 2:30.79 and 1:07.16, respectively.
Meyer's 200-yard free relay squad also finished first. Grace Blick, Charlotte Vech, Madelyn Buck and she stopped the clock in 1:47.79.
AHS freshman Dathan Hansen was fourth in the 50 freestyle, too.
Two Blair newcomers to the Fremont squad — who are former Barracudas — contributed to the Tigers' successful night as well. Freshman Jane Busboom was a member of the winning medley relay squad, while classmate Ryleigh Schroeter contributed to four wins, including two individually.
Schroeter won the 50 freestyle race in 26.54 seconds before earning a 500 victory in 5:52.67. The freshman was also a member of the winning 400 free relay and Busboom's medley squad.
Busboom earned second in the 100 backstroke as well, finishing in 1:08.25 during the first meet of her high school career.
“We have a pretty special team this year,” Struble said in a post-dual recap. “Great upperclassmen leadership, and talented freshman and sophomores.”
FHS next competes tonight at Norfolk.