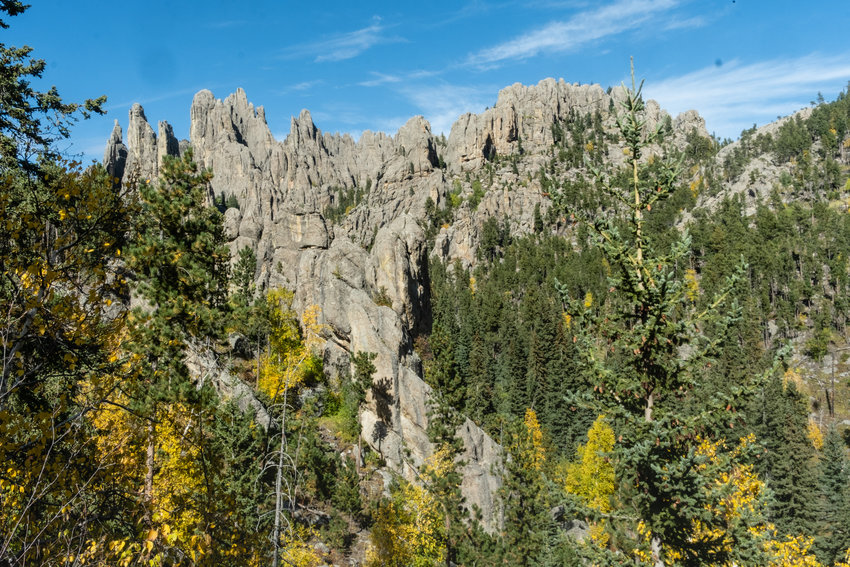 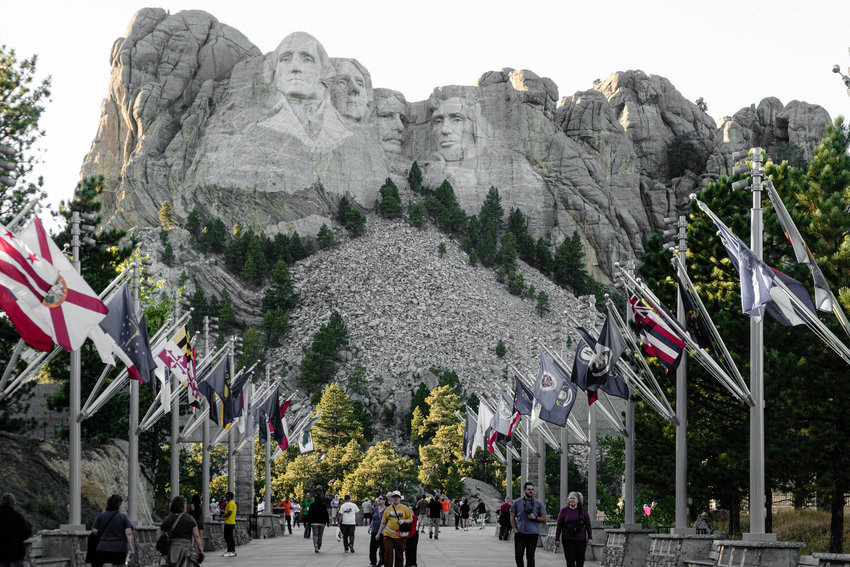 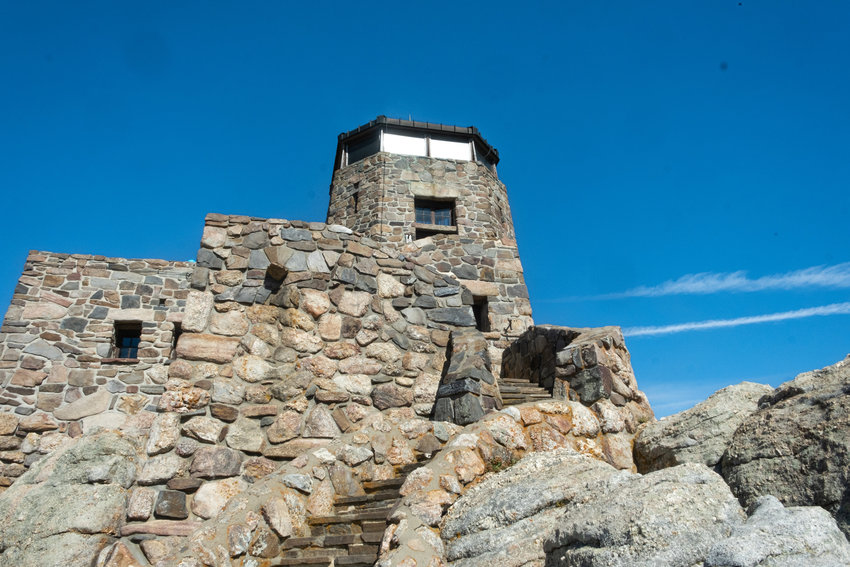 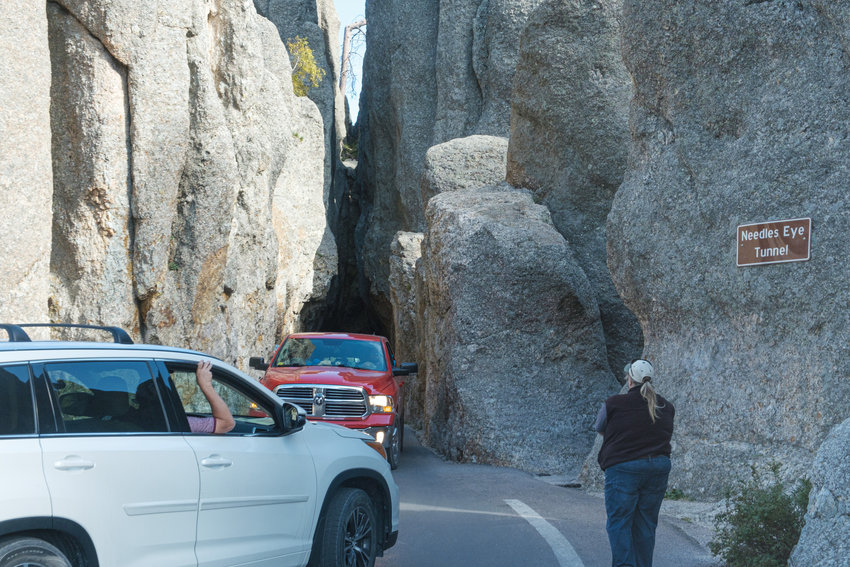 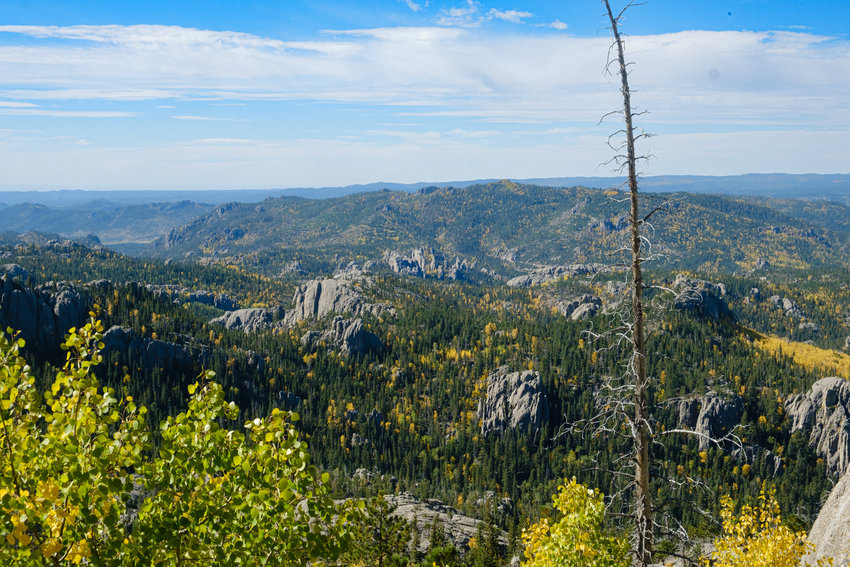 View from the summit of Black Elk Peak.
Joe Burns 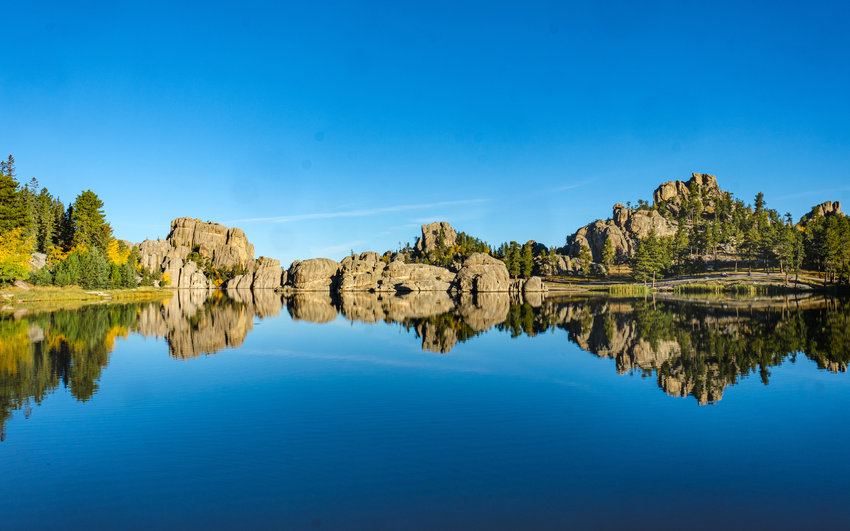 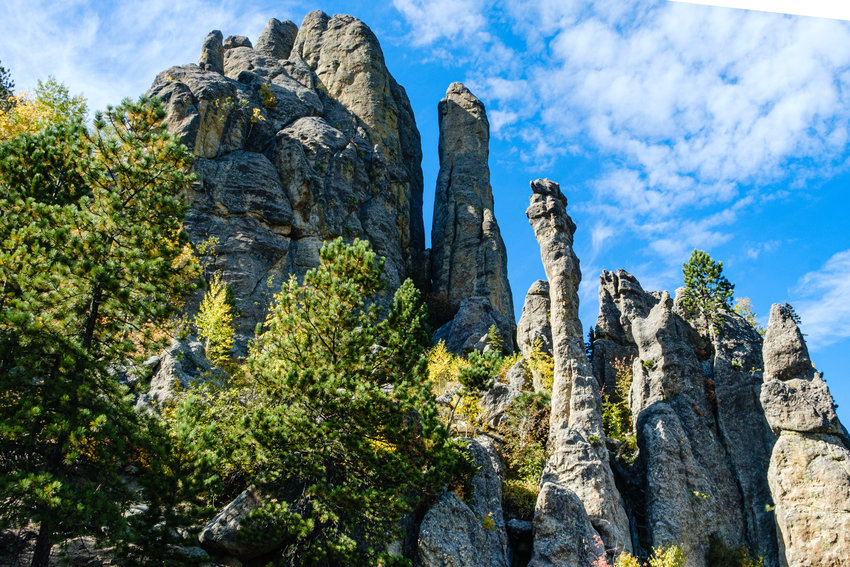 During the last week of October, I packed up my camper and headed to the Black Hills for a few days. Various activities and family events had kept me busy through September so I was eager to hit the road. As I planned my getaway, I was looking for a scenic spot not too far away and the Black Hills pretty much filled the bill. I have been to Badlands National Park and Mount Rushmore before, but am otherwise not particularly familiar with the area.

On my first day, I wandered through the sand hills to Valentine and spent the night at Smith Falls State Park. The campground was open, but access to Smith Falls is closed through next May due the reconstruction of the 500 foot walkway. As a result, only two other campsites were occupied. I enjoyed the peace and quiet, and the view of the Milky Way at night was amazing. The Orion Constellation dramatically filled the sky.

On the following day I decided to drive through the Pine Ridge Indian Reservation to the site of the Wounded Knee Massacre. Unfortunately as I bounced along a South 'Dakota county road, gravel from a passing dump rained down on the hood of my truck and pitted and cracked my windshield.

I thought that by traveling to the Black Hills midweek I would not have any problem finding a campsite in Custer State Park.

As I arrived in the town of Custer, the streets were lined with cars and sidewalks were filled with people wandering in and out of shops. I stopped at the tourist center and discovered that I had arrived just in time for the annual Custer State Park Buffalo Roundup and Arts Festival. Each year at the end of September, cowboys and cowgirls round up the State Park herd of around 1300 buffalo and drive them to corrals where they are branded, inoculated, sorted and some sold at auction.

I understand that some vehicles begin lining up at 5 a.m for access to the parking areas that open a 6:15 a.m. The roundup begins at 9:30 a.m. and visitors must stay in the viewing areas until around noon when the herd has been corralled. I did consider attending the spectacle and I imagine it could make for some great pictures, but the goal of my trip was to avoid people, not spend an entire morning penned up in a viewing area.

While most campgrounds appeared be full, I was able to find a beautiful campsite at Horse Thief Lake Campground in Black Hills National Forest. The campground is located just 2 miles from Mount Rushmore and on the edge of Custer State Park.

One of my goals for the trip was to climb Black Elk Peak which, at 7242 feet, is the highest point in South Dakota, and the highest point in the United States east of the Rockies. I was particularly interested in the peak because of the association with Chief Black Elk, John Neihardt's book Black Elk Speaks, and our own Black Elk-Neihardt Park.

A sunny sky, light wind and temperatures in the 50's provided the ideal conditions for my morning hike. The route I chose is a 6.4 mile round trip trail that begins at Sylvan Lake and is listed as moderately challenging. As I arrived in the parking lot, the deep blue sky and and rocky outcroppings were mirrored in Sylvan lake like a picture post card. I took my time and enjoyed the hike through the pine tree wilderness and clumps of brilliant yellow aspen. While the hike was not overly strenuous or exhausting, I am very glad I brought my trekking poles with me.

A stone fire tower constructed by the Civilian Conservation Corp in 1935 crowns the summit of Black Elk Peak. The tower is no longer staffed, but does provide great views and some shelter from inclement weather.

Mount Rushmore is nice, but the most striking and memorable scenic feature of my trip was the eroded granite spires along the Needles Highway that runs through Custer State Park. Although the thin columns are granite, they reminded me of the reddish colored hooddoos in Bryce Canyon National Park. Traffic along the winding highway can be heavy and vehicles must take turns passing through the narrow single lane Eye of the Needle tunnel. Watching busses pass through the tunnel with inches to spare and cars jockeying for position at either side of the tunnel appeared to make for popular tourist entertainment.

After leaving my campsite on the final morning of my trip I drove along the Spearfish Canyon Scenic Byway west of Rapid City before heading home. The drive along Spearfish creek through the colorful canyon was a great way to end my Black Hills ramble.

Here's to a year

Dedicated to my great-grandfather

I didn't know that