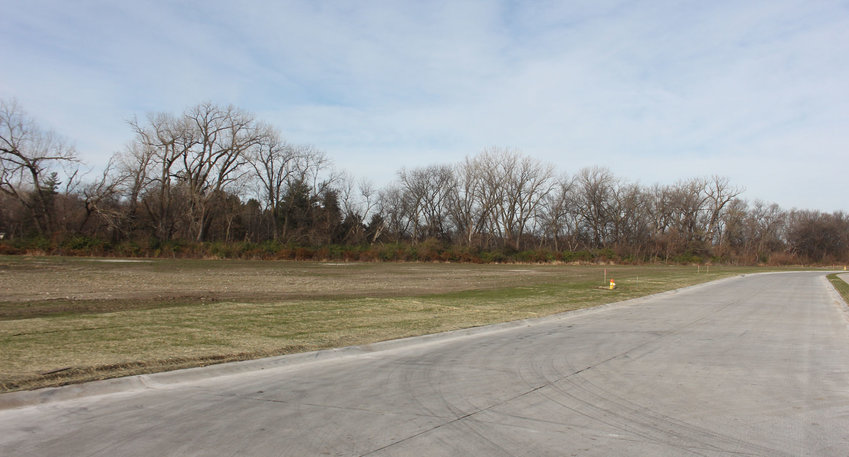 The City of Blair plans to sell the property west of 10th Street across from the new Dollar General distribution center.
Leeanna Ellis
Posted Tuesday, November 30, 2021 10:31 am
By Leeanna Ellis - editor@enterprisepub.com

The City of Blair will be accepting proposals for the purchase of land just west of the new Dollar General distribution center.

Seven of the eight lots just west of the new 10th Street subdivision are just over 1 acre in size. Lot 8 is approximately 0.65 acres. Three outlots are also included in the sale. However, those are unbuildable as they include the creek and a wooded area.

The notice for sale allows the Blair City Council to review and make recommendations on proposals, accepting or rejecting any based on what's best for the city.

City Administrator Rod Storm said that means the city could accept an lesser offer if it would mean the business would create jobs, sales tax revenue and property taxes.

“What we've tried to do with this notice is give you the full ability to to maximize that area for the city going forward,” Storm said. “Those proposals that might be in the best interest of the city that may not be the highest dollar up front Day 1, but over the long run could provide jobs, could provide additional revenue for the city.”

Sealed proposals are to be filed with the city clerk by 2 p.m. Dec. 30. The council is expected to approve any sales no later than Feb. 1.

The council has not established a minimum price for the lots. Though it is anticipated each lot will have an assessment of approximately $50,000 for the construction of water, sewer and paving.