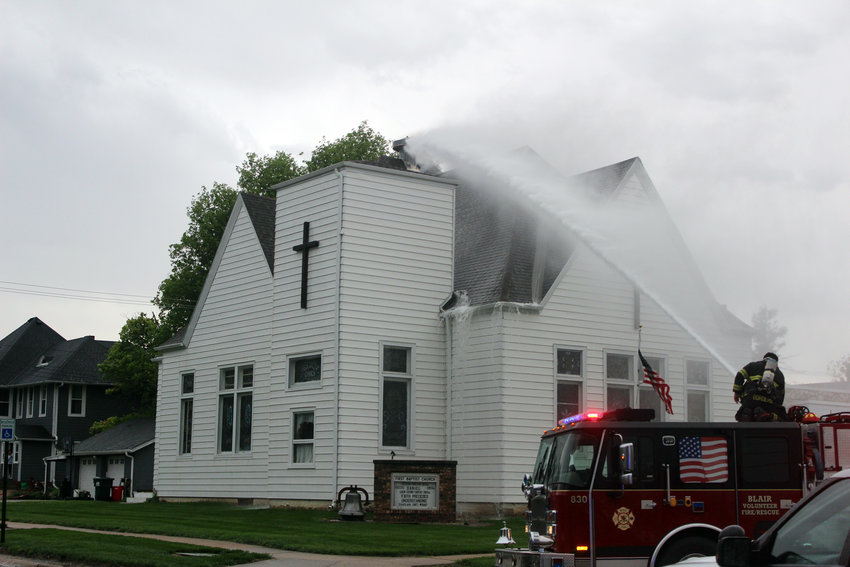 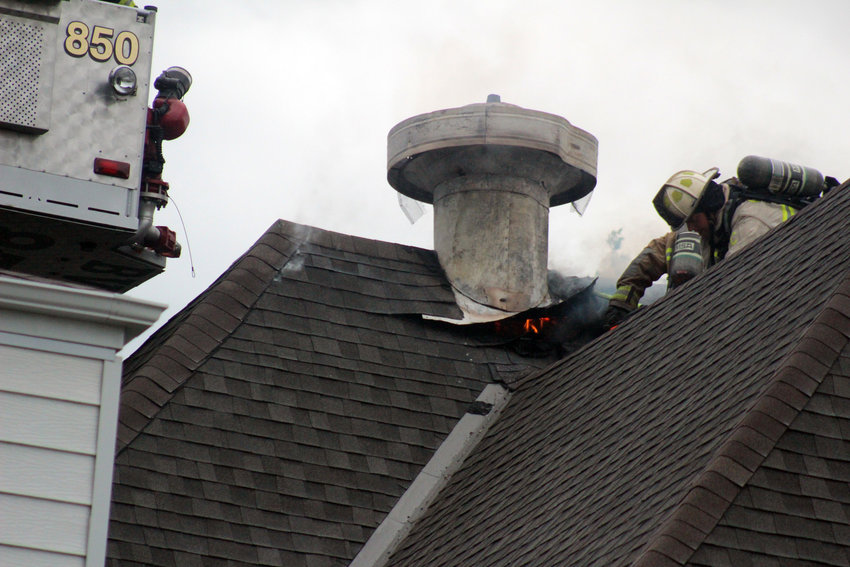 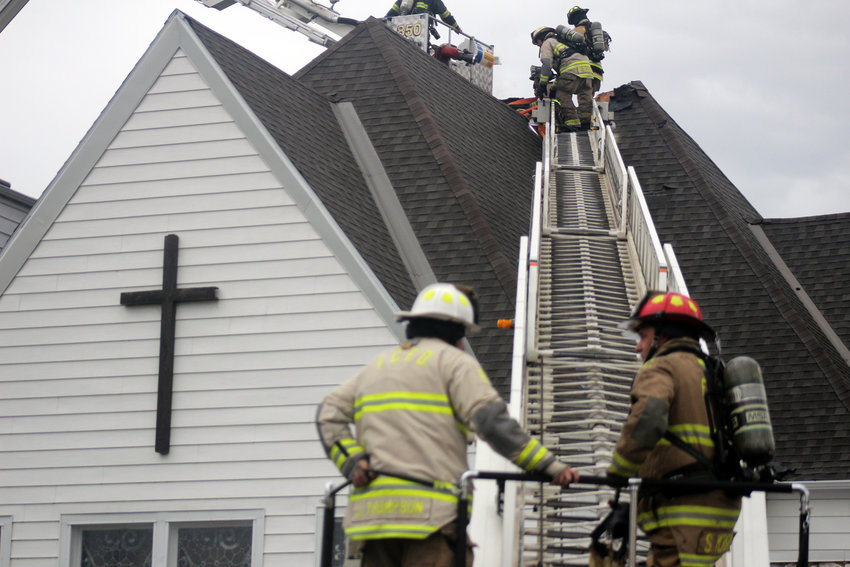 Connie Green, First Baptist Church secretary, was working when she heard a lighting strike, at which time she stepped outside and saw smoke and eventually flames coming from the older part of the building Tuesday afternoon.
Cheyenne Alexis 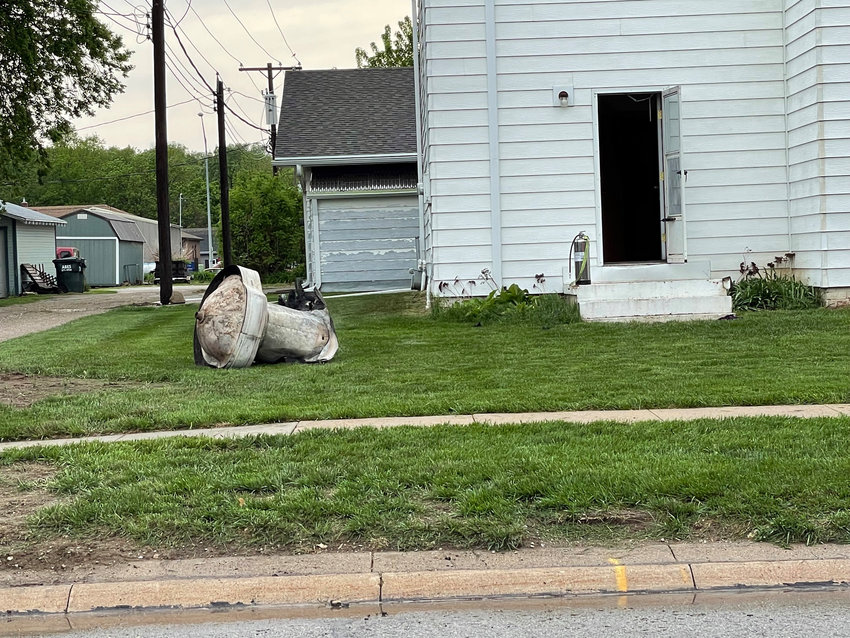 The smokestack atop First Baptist Church was removed due to fire damage Tuesday afternoon.
Cheyenne Alexis 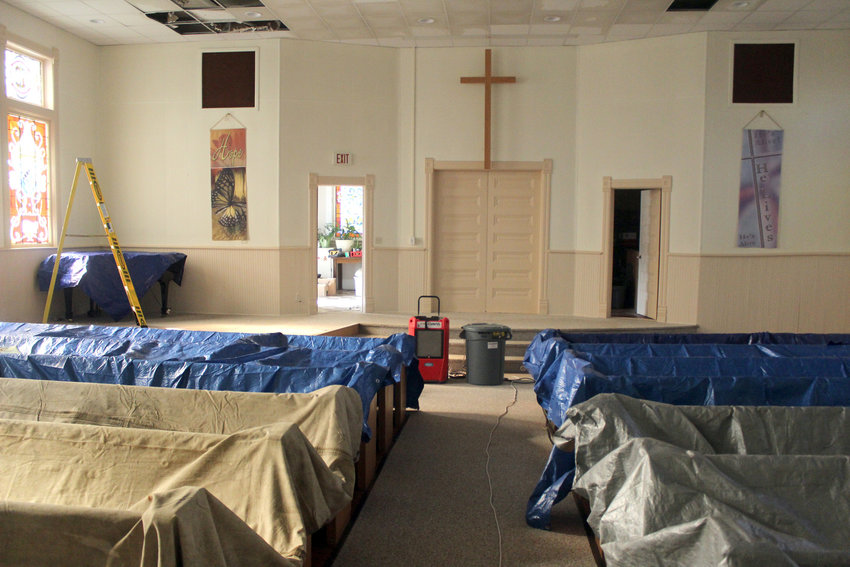 First Baptist Church had some water damage following the fire caused by a lightning strike Tuesday afternoon. The church will hold its services in the fellowship hall.
Cheyenne Alexis 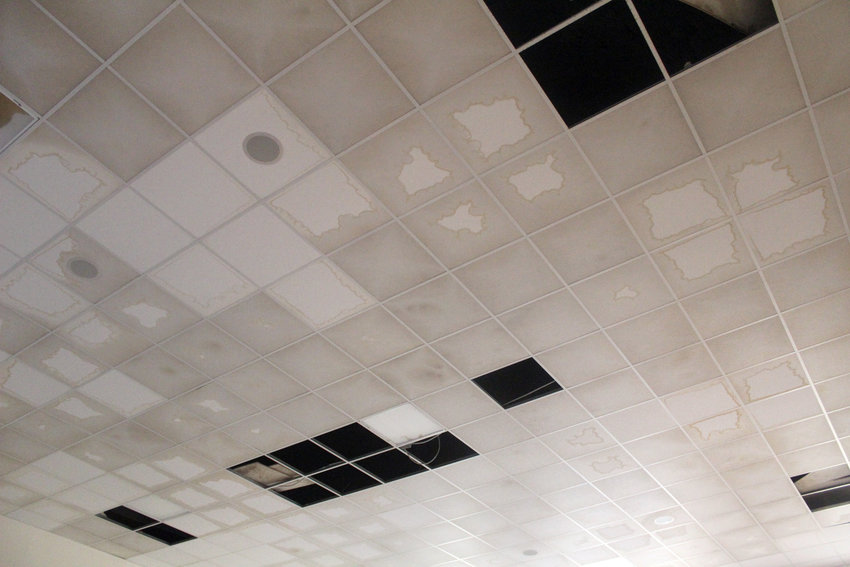 Tiles were damaged following the fire, which started at the smokestack at the older part of First Baptist Church.
Cheyenne Alexis
Previous Next
Posted Tuesday, May 17, 2022 4:55 pm
By Cheyenne Alexis - features@enterprisepub.com

Connie Green, the church's secretary, said she heard and felt a strike of lightning during a thunderstorm while she was working alone in the newer addition of the church.

"The lights flickered for maybe three to four seconds, and then I looked out my window and I saw a flaming ember coming down," she said.

Green said she went outside and saw smoke coming from the main smokestack attached to the older part of the church, and called 9-1-1.

"At first I didn't see any flames, but about the third time I went out, there were flames and I called 9-1-1 again," she said. "It's a very historic church, it was one of the first churches in the area... it's survived a lot, and I'm hoping it will survive this."

Blair Fire Chief Dave Aten said the church had some water damage, and the smokestack was removed from the building after the fire was contained.

"Access was the biggest thing," Aten said of the departments trying to contain the fire.

The building had water damage in the sanctuary, with several damaged tiles. Pews were covered with tarps while the area was dried.

The church will hold its services in the fellowship hall until the damage is repaired.