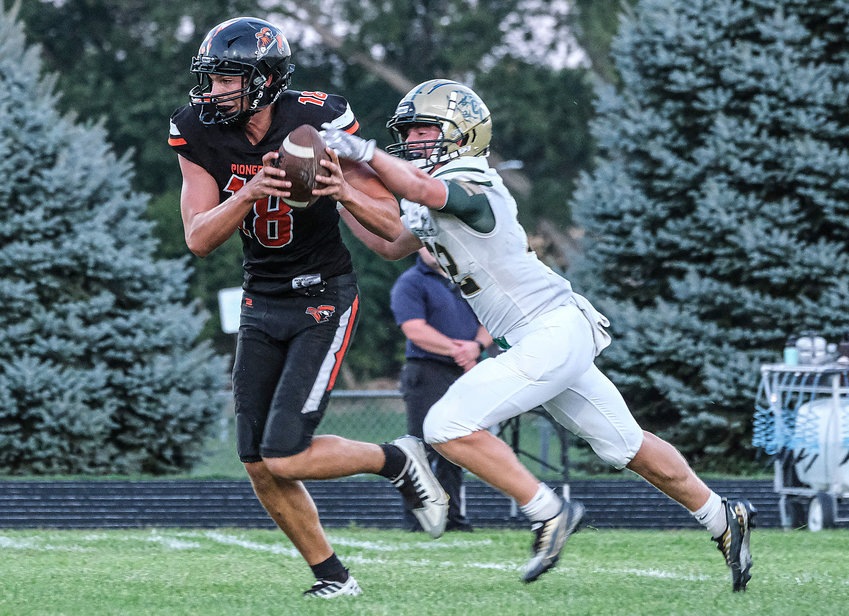 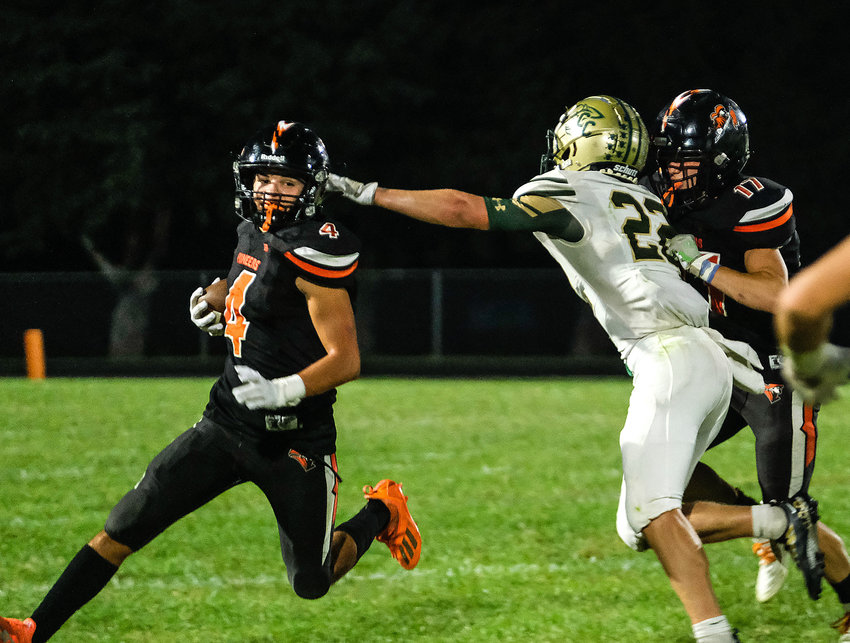 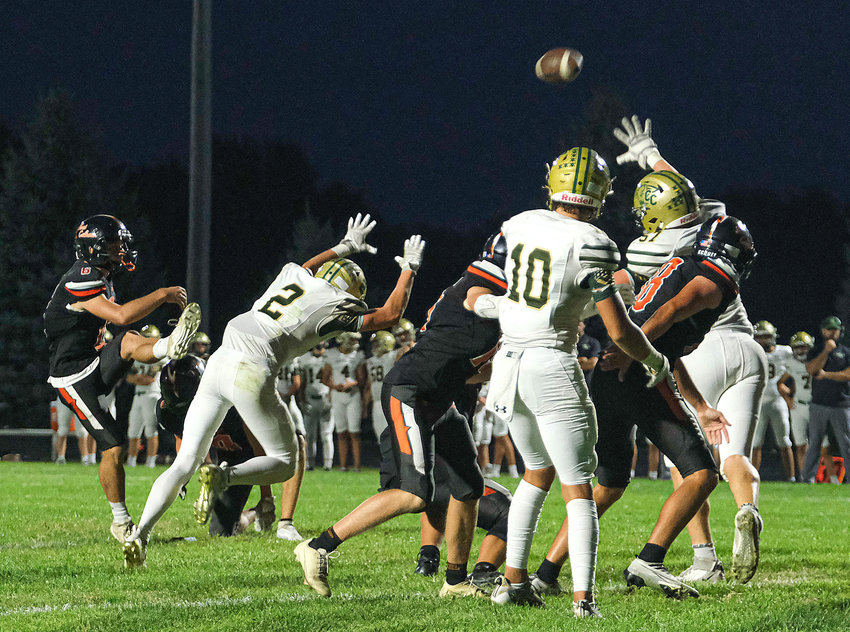 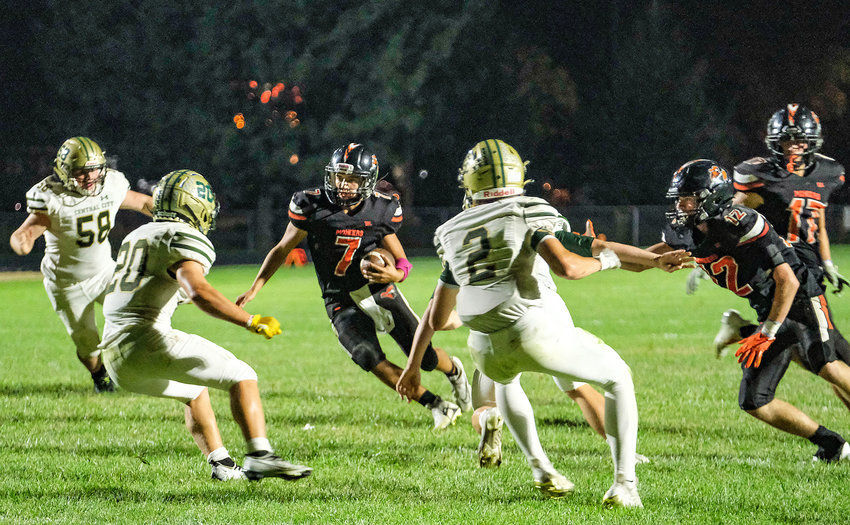 Central City took control of the Fort Calhoun High School football team's homecoming game from the start.
“They took the opening drive 80 yards in less than 2 minutes and never looked back,” Pioneers coach Adolph Shepardson said. “We had no answer for their offense.”
The Bison (3-1 overall) scored 15 points during the first quarter and 26 in the second, winning 48-19 on FCHS' home field. The loss dropped the Pioneers' season record to 2-2.
“Hats off to them, they are a good team and they played well,” Shepardson said. “They were more physical and played hard.”
Central City built a 34-point lead before Calhoun produced its first points with 2:04 left in the first half. The Bison didn't rest, though, bringing their lead to 41-7 at the midway break.
After a scoreless third quarter, the Pioneers scored two more touchdowns in the fourth to outscore their opposition 12-7 for the half. Shepardson said his second team defense played well in its time on the field.
“We played better in the second half,” he said. “I was proud of our young guys for showing some fire.”
Senior Avery Quinlan and Levi Lasher combined for FCHS' three touchdowns. Quinlan scored twice, finishing the game with seven rushes for 22 yards. Lasher, meanwhile, took six carries for 31 yards.
Pioneers quarterback Austin Welchert threw 20 passes Friday night, completing nine for 141 yards against the Bison. The senior also served as his team's leading rusher, carrying the ball 11 times for 49 yards.
Wyatt Appel, Blake Welchert and Grayson Bouwman, meanwhile, were Fort Calhoun's top three pass recipients. Appel hauled in three passes for 69 yards, while Welchert pulled down two for 37. Bouwman caught two balls for 17 yards as well.
With five regular season games remaining, Shepardson said FCHS will return to preparation with improvement in mind.
“We will get back to work in practice, and we hope to play much better in our district opener at Platteview next week,” he said.
The Friday night road game with the 3-1 Trojans kicks off at 7 p.m.