Bears go 0-for-2 at Area 3 Tournament 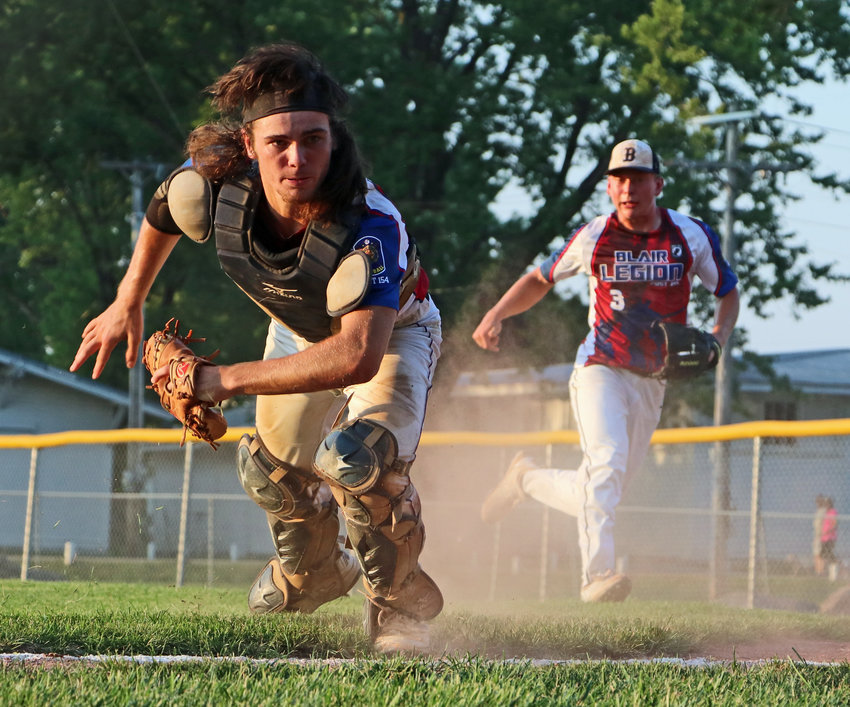 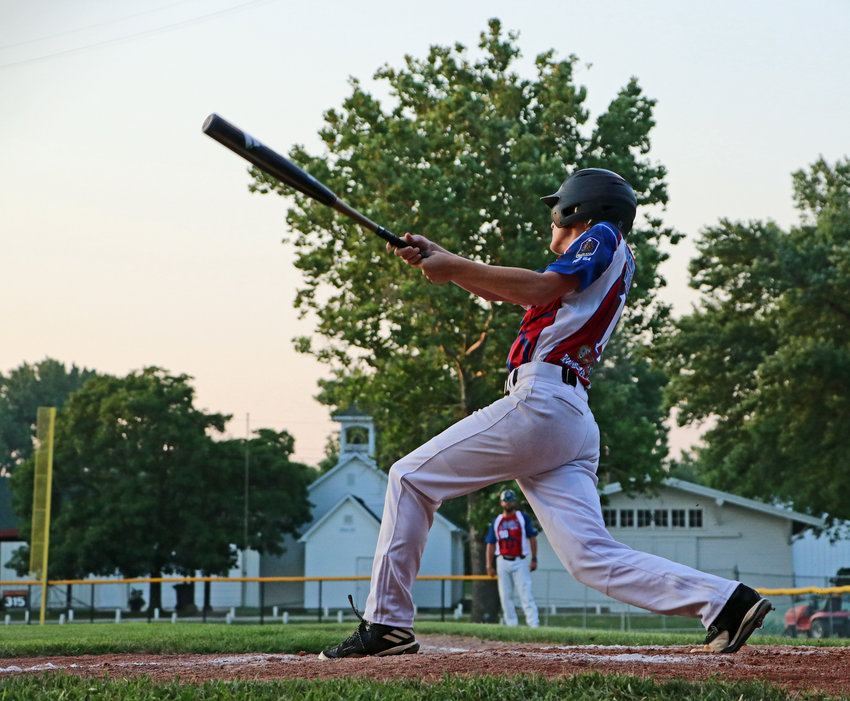 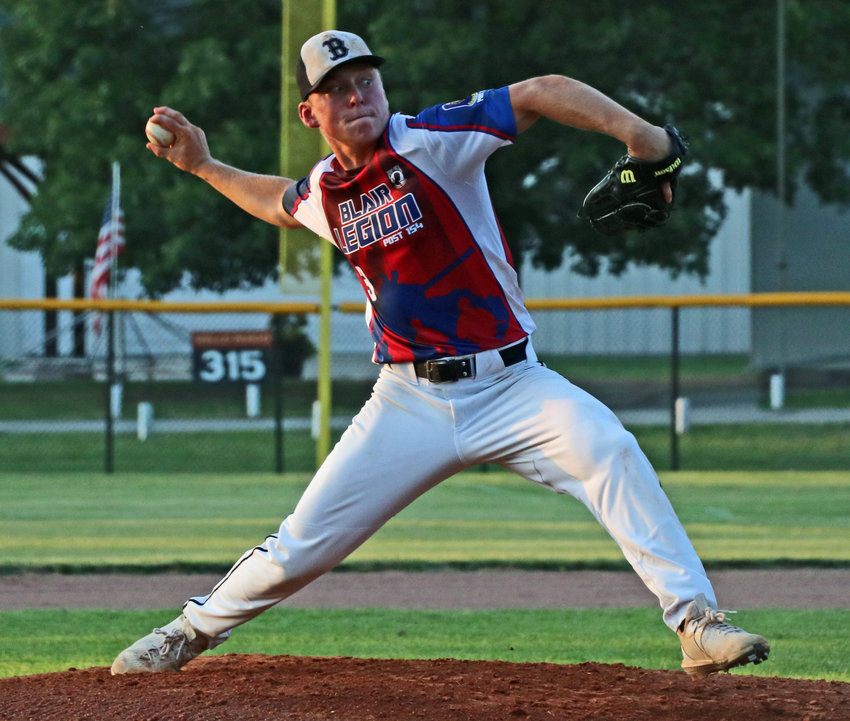 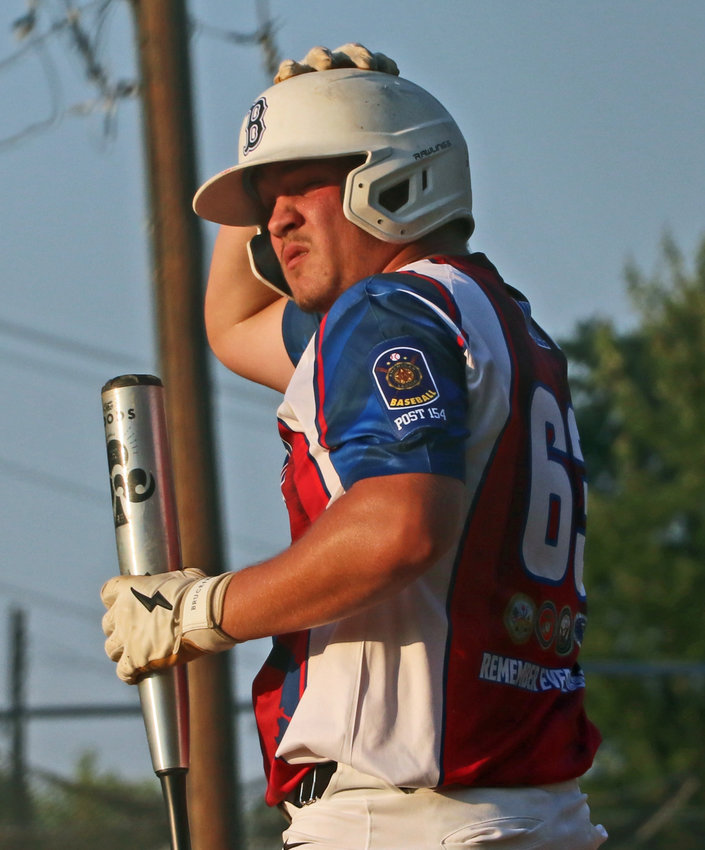 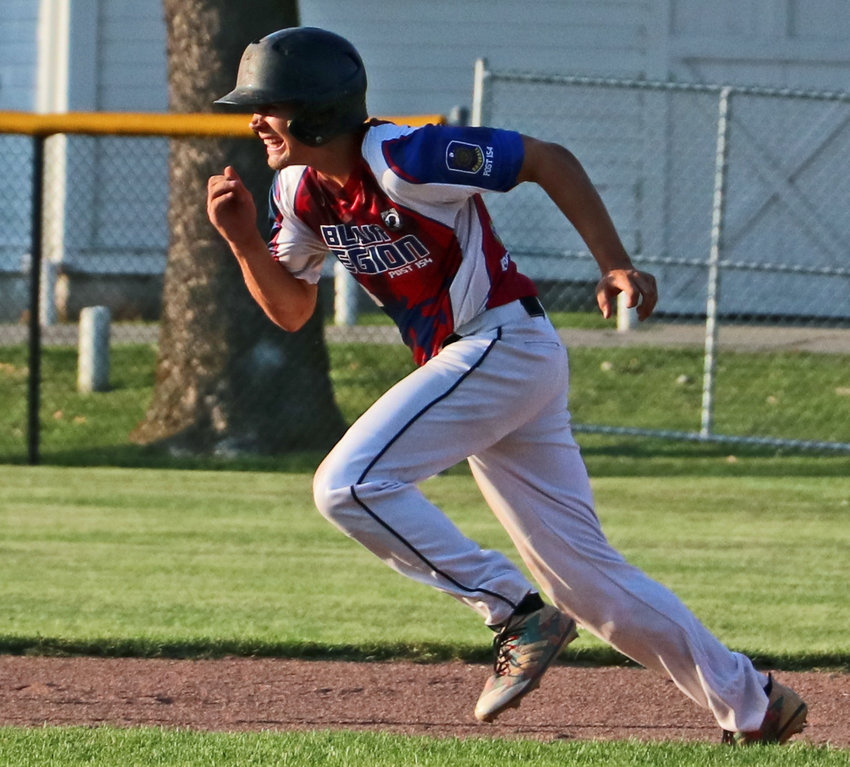 The Blair Senior Legion baseball team didn't forget the events of June 1 at Vets Field.
The Bears secured a 5-0 lead, but the Fort Calhoun Pioneers earned a 12-7 win. The stunning loss left an impression.
“They came to our field and embarrassed us,” said Post 154 catcher Conner O'Neil. “So, we want to get them back.”
After a tense, 2-1 loss to second-seeded Elkhorn Mount Michael on Friday, Blair matched up against Calhoun on Saturday for a Class B Area 3 Tournament elimination game in West Point.
The Bears needed retribution for June 1 to extend their season, but it wasn't meant to be. The Post 348 Pioneers built a 7-0 lead and held off a Post 154 rally, winning 9-7.
The loss closed Blair's season at 12-23 overall. Despite their record, coach James Bilslend said his Bears never quit. With the Junior Legion team's 2-2 state appearance and the talent set to return from his Senior lineup, he believes Post 154 baseball remains in strong standing.
“We have a lot of players with a lot of great ability,” the coach said. “I think we're in a really good spot.”
Bilslend's Bears' skills were on display during the battle back from 7-0 down against Fort Calhoun. Nolan Osterhaus scored his team's first run on a fifth-inning passed ball.
The Pioneers built their lead back to 9-1 during the top of the sixth frame, but Blair answered again when Canton Lippincott hit a two-RBI single to cut the deficit to six runs with an inning to go.
“I couldn't tell you what the exact spark was,” Bilslend said. “But I'm going to give all credit to the boys.”
The Bears scored then four times and put the winning run on base during the bottom half of the seventh frame. TJ Swaney scored first on a wild pitch before Matt Burns recorded an RBI to pull his team within 9-5.
Lippincott tallied another RBI on a sac fly before Osterhaus' single pushed Post 154's seventh run across home plate with two outs. From there, the Bears loaded the bases before the game ended on a season-closing strikeout.
Ultimately, the loss was a product of Blair's early struggles against the Pioneers.
“We gave them four runs in the first inning right off the bat,” Bilslend said.
The Bears earned their own base runners, but they couldn't get any home until it was too late.
“Leaving that many runners on …,” the coach said. “That hurts.”
The loss stung particularly after Post 154's efforts in its tournament opener. Before moving to 0-for-2 in postseason play, a few sixth-inning defensive miscues cost Blair a Friday night upset over No. 2 Mount Michael.
“Stupid plays that could have been avoided,” O'Neil said. “Little things.”
The Knights led just 1-0 when back-to-back Post 154 miscues gave them two baserunners with none out during the second-to-last frame. Pitcher Tyler Andersen recorded a strikeout with runners on first and third base, but the sacrifice fly that followed pushed Mount Michael's lead to 2-0.
Blair's powerhouse starter ended the bottom of the sixth frame with another strikeout, the right-hander's fifth of the game, giving the Bears a chance to come back. They just didn't have quite enough.
Osterhaus hit his fourth single with one out during the seventh inning before O'Neil plated him with a two-out double.
“My first at-bat didn't go well, so I was just disappointed with myself for that,” said O'Neil, who went 3-for-4 against the Knights. “I wanted to come through for the team.”
The catcher did with his squad's 10th hit, but the game ended shortly thereafter. Mount Michael left with two runs to the Blair's one.
“Too bad we couldn't get another,” O'Neil said.
While Osterhaus and he combined for seven hits, first baseman Dylan Swanson had two — including a double — and Lippincott had one. Kaden Fletcher earnedPost 154's lone base on balls.
Defensively, Andersen was dominant. He allowed four hits across six innings and saw the Knights score just two runs, both unearned. The right-hander gave up just a single walk, too.
“Just keeping the ball on the inside or outside part of the plate,” Andersen said of his strategy to keep Mount Michael off balance. “Not in the middle.”
Altogether, the pitcher earned 18 outs with just 79 pitches, including 54 strikes.
“I'm pretty tired,” he said.
Though victorious, the Knights used two pitchers who throw 100 pitches. The game-winner, Eli Crnkovich, exceeded Andersen's pitch count in just 4 2/3 innings.
On Sunday, though, Mount Michael played on, while the Bears' season was complete.