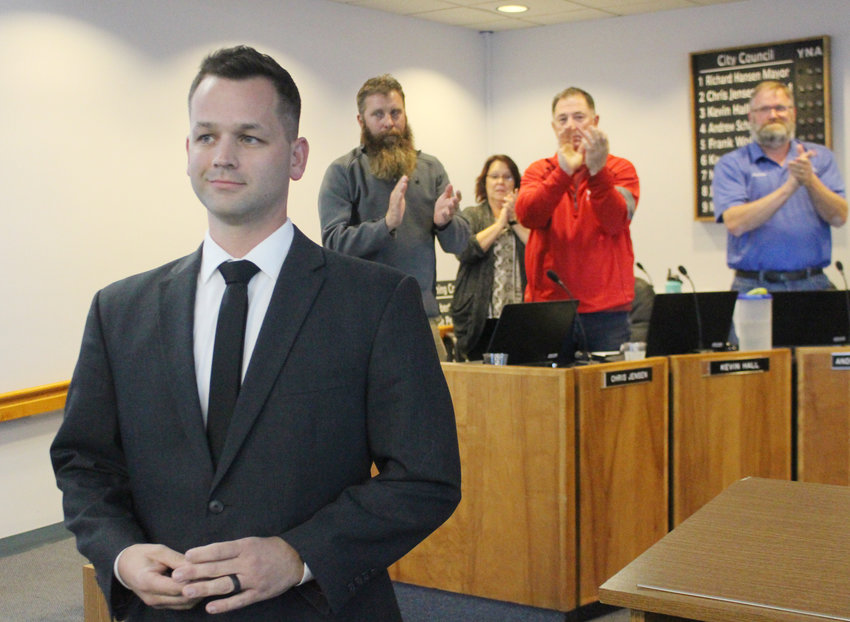 Blair police officer Samuel Bowen was awarded a life-saving award by Chief Joe Lager on Tuesday during the Blair City Council meeting. Bowen received a standing ovation from the council and the crowd for his efforts in saving the life of a man in September.
Leeanna Ellis 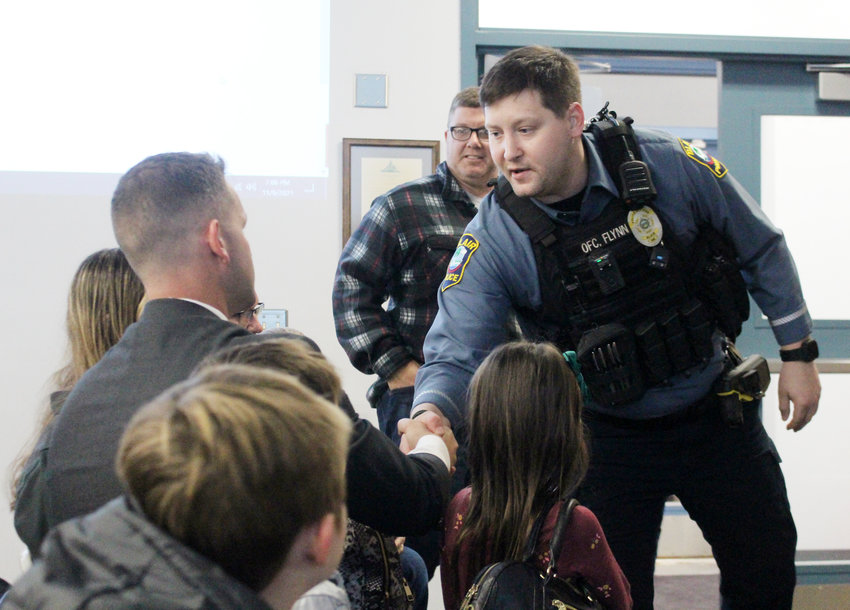 Blair police officer Samuel Bowen received a standing ovation Tuesday at the Blair City Council meeting after he was recognized for saving the life of a man in September.

Chief Joe Lager presented the life-saving award to Bowen, who has served with the department since 2019. The honor, which includes a pin to be worn on the uniform, is given to any officer while in the performance of his or her duties saves the life of another.

On Sept. 21, Bowen received a call for a welfare check on an individual near the hospital. He couldn't find the man, but was told by another resident the man was on the railroad trestle over 19th Street.

“As he was pulling up, you could see (the man) standing on the ledge of the overpass,” Lager said.

Bowen called for backup to block the highway and contacted Union Pacific to stop all trains. He then approached the man and started talking with him.

“He's there for at least 20 minutes just establishing a rapport, talking to him. Finally, he gets him to sit down,” Lager said.

With help from a Washington County sheriff's deputy, they were able to take the man into custody and take him to get medical attention.

“In my mind, without a doubt, if he wasn't there — in particular this officer because of his demeanor — I think we would have had a suicide,” Lager said.

Bowen, who was surrounded by his family at the council meeting, was congratulated by the council, city staff and his fellow officers in attendance.