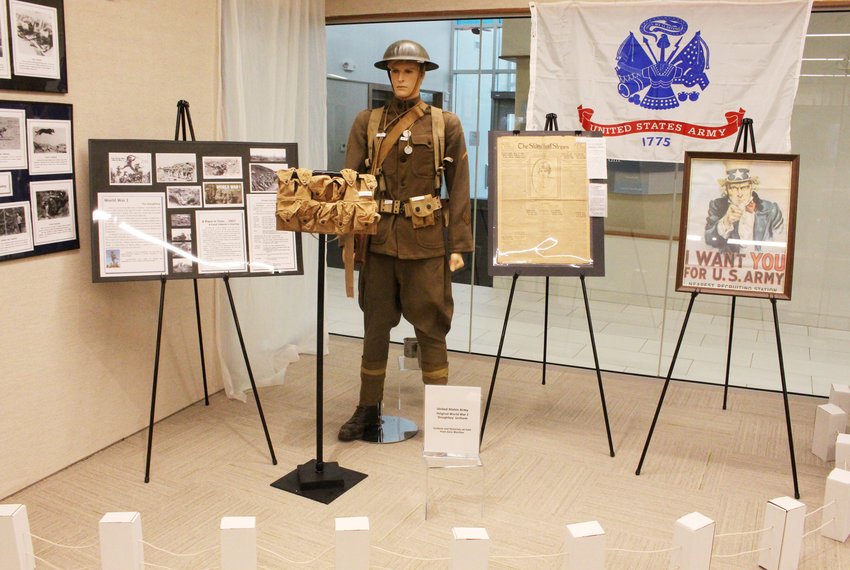 A World War I Army uniform is one of several items on loan from Herman resident Gary Wachter for the salute to veterans exhibit at the Blair Public Library and Technology Center.
Leeanna Ellis 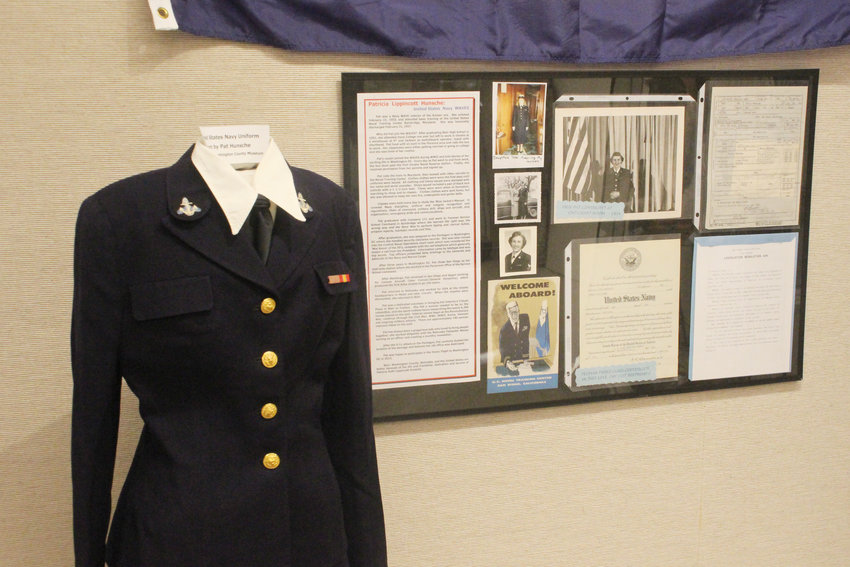 The family of Pat Hunsche, who served with the U.S. Navy WAVES during the Korean War, offered a number of her scrapbooks and other memorabilia to display. Her uniform is on loan from the Washington County Museum.
Leeanna Ellis 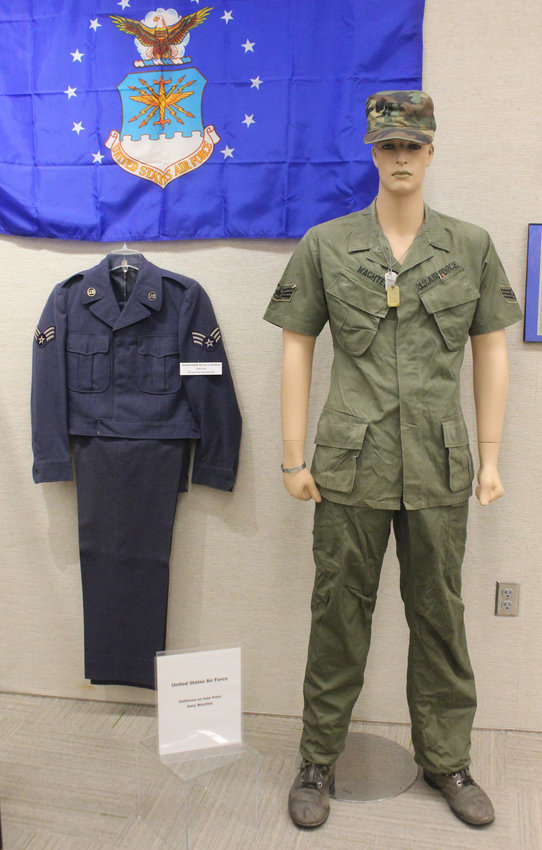 Uniforms from every branch of the military are on display at the exihibit at the Blair Public Library and Technology Center.
Leeanna Ellis
Previous Next
Posted Friday, November 12, 2021 9:22 am

The November gallery at the Blair Public Library and Technology Center is a salute to veterans.

Visitors will walk through history with memorabilia and uniforms representing each of the six branches of the armed services as well as personal remembrances of individuals.

The earliest uniform displayed is the “doughboy” from World War I and is complete with many of the items the soldiers had to carry. Gary Wachter of Herman is a Vietnam Air Force veteran and collector of military items who contributed many of the items to the exhibit.

U.S. Marine veteran Derek Thompson of Blair was a sophomore in high school on Sept. 11, 2001. His grandpa was a Marine, and Derek felt immediately he wanted to serve his country as a Marine like his grandpa. He was deployed two times, first to Iraq and later to Afghanistan.

Pat (Lippincott) Hunsche gainer her parents approval to join the WAVES and after basic training was assigned to the Pentagon during the Korean War. Her uniform and memorabilia is on display.

Deb Wehrli, an Army veteran, was working in a book binding place in Lincoln and heard rumors there might be layoffs coming. She and a girlfriend talks about joining the Navy, but when they talked toa recruiter, they learned there was a one-year waiting list.

Several days later, they talked to an Army recruiter. The friend end up not joining, but in February 1975, Wehrli was paced and off to basic training.

Other contributors to the exhibit include Army Military Police veteran Aaron Barrow, who was in Germany when the Berlin Wall came down; Fort Calhoun resident Larry Kusek who served with the Merchant Marines; and Mark Hodson who served with the Coast Guard.