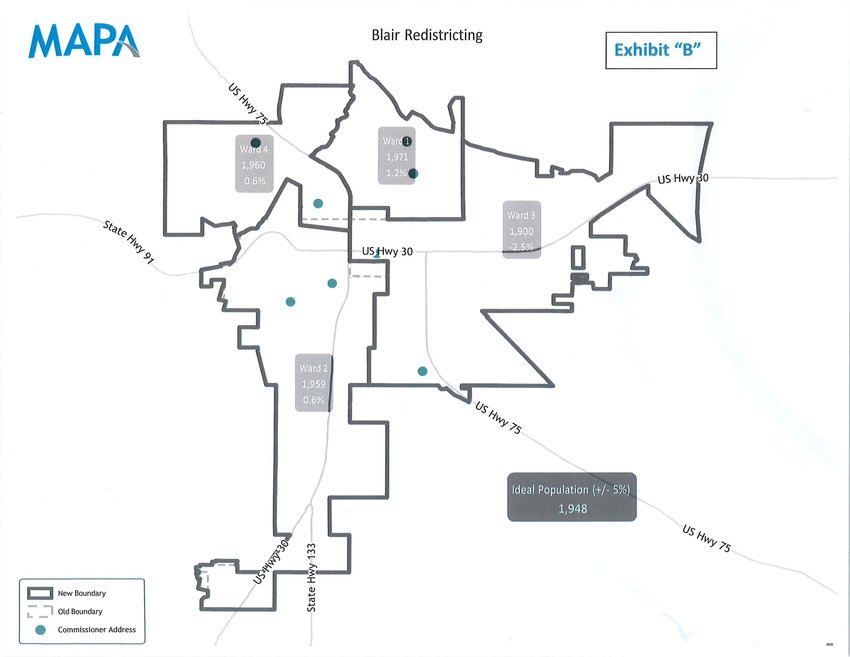 The Blair City Council unanimously approved an ordinance adjusting and establishing the voting wards within the city during its regular meeting Nov. 9.

Council member Kevin Willis was absent.
Redistricting was based on the 2020 Census and population changes. Following the Census, each political subdivision must adjust any voting districts to provide for equal representation.

Ward 3, which is represented by council members Mindy Rump and Willis, saw a 2.5% decrease.

Ward 1, represented by council members Kevin Hall and Chris Jensen, had a 1.2% increase, while Wards 2 and 4 saw minimal gain with 0.6% each.

The city contracted with MAPA to adjust the wards.