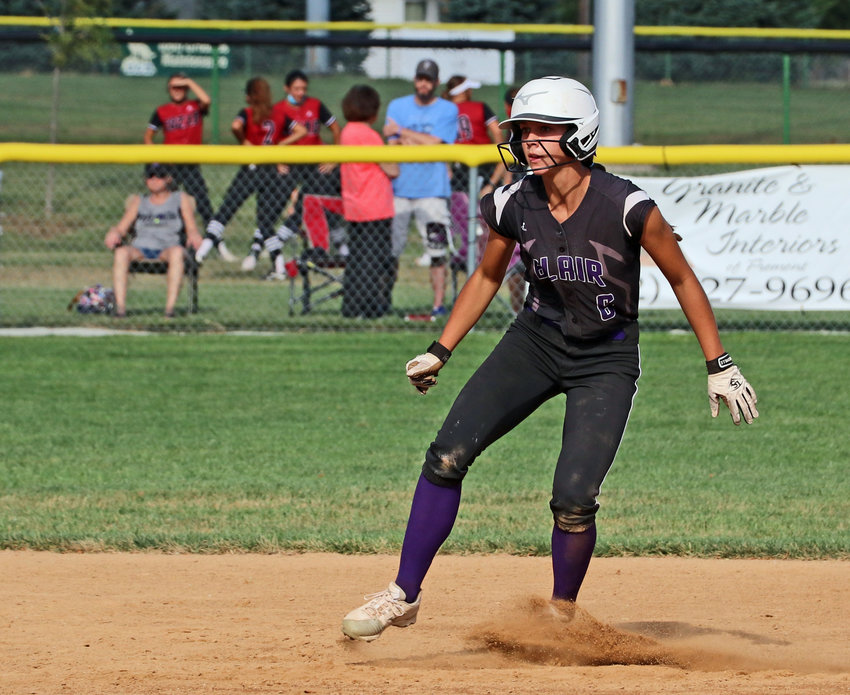 Blair softball player Tessa Villotta set a Class B state record for RBIs in a game with 10 against Cozad on Saturday at the Youth Sports Complex.
Grant Egger 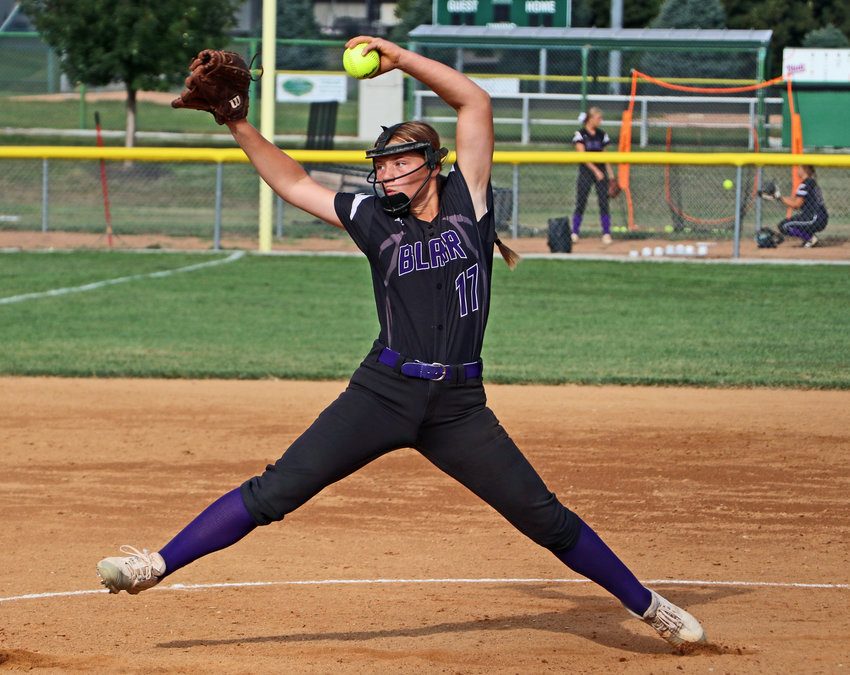 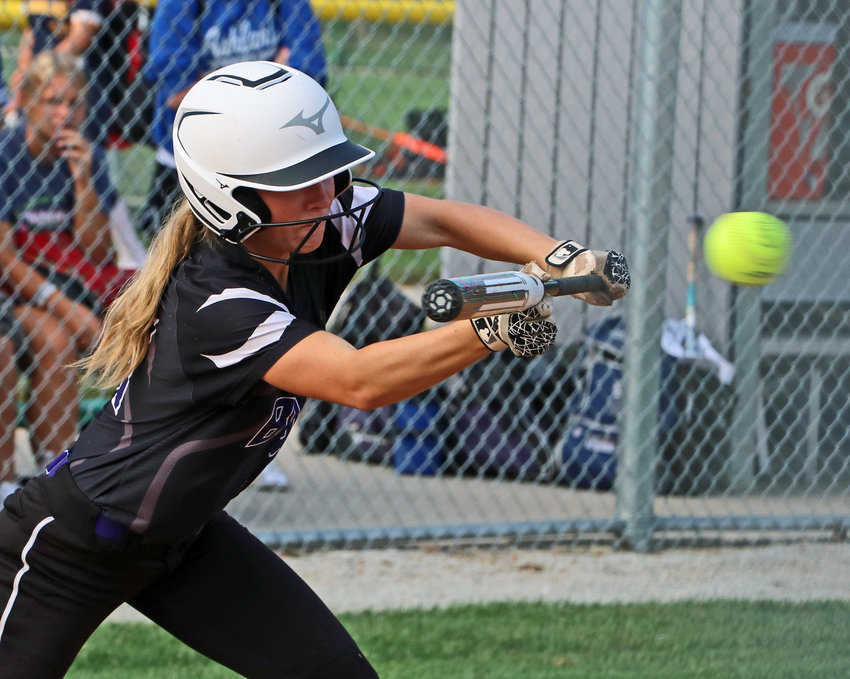 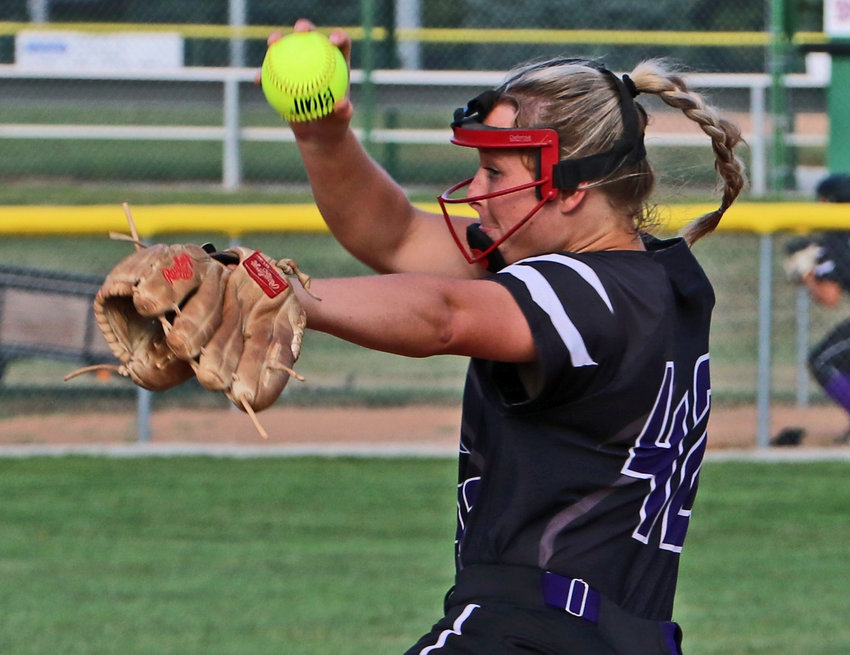 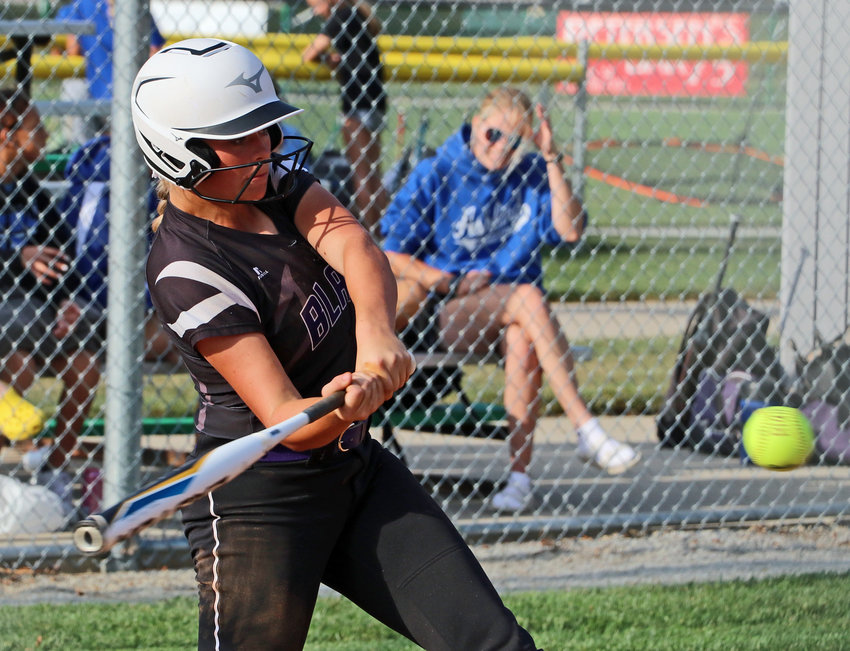 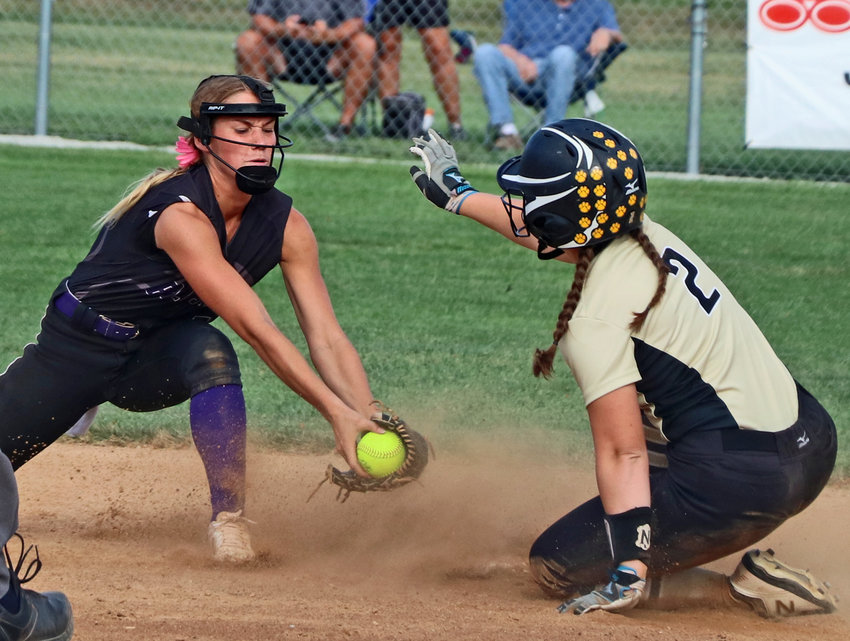 Blair High School coach Jennifer Fangmeier believes her fifth-ranked softball team plays its best when it feels good.
The Bears had a tough start to their home invite Saturday, but they got there. A pair of homers and a Class B record from Tessa Villotta helped.
“We felt good after we started getting some hits,” Fangmeier said.
BHS went 2-1 at the Youth Sports Complex, overcoming a Fremont no-hitter to finish third in the seven-team tournament. After the goose egg to start, the Bears notched 27 runs in wins against Cozad and Omaha Mercy.
“It was really just a team effort,” Villotta said of the turnaround, crediting the energy levels in the dugout.
In the opener against Class A No. 8 Fremont, Blair earned just three base runners. Leah Chance walked, Cailey Anderson was hit by a pitch and Villotta reached on an error.
Tigers pitcher Ella Cooper threw the no-hitter, striking out 13 batters.
Jerzie Janning, meanwhile, provided, arguably, the biggest BHS highlight during the fourth inning. The senior centerfielder made a diving catch, ending the inning.
Big hits highlighted the Bears' game against Cozad, though. They won 17-6 after Reese Beemer and Villotta combined for three homers. One of the latter's two was a grand slam over the outfield fence in dead-center.
Villotta finished with 10 RBIs for the game, breaking the Class B record of nine. The mark ties the overall state record held by Papillion-La Vista South's Nicole Warren, who set it in 2011.
“It's a great feeling after a week of not having any huge hits, just base hits,” she said.
Chance later started BHS' 10-3 finale against Mercy with a leadoff double. Nessa McMillen plated her and the Bears were off to the races.
Beemer, Villotta, Janning and Claire Mann added run-scoring knocks from there as Blair improved to 7-3 on the season with back-to-back Ally Lynch pitching wins. Fangmeier said its been a long, but successful 10-day start. The Bears have had to play ballplayers in several different positions due to injuries and heat, but they've managed.
“I'm pretty confident with our defense,” she said. “We can put out, pretty much, anyone out there we've got and be comfortable.”

Bears go 2-0 at triangular
Before the three games at home, BHS dominated a pair of perennial Class C contenders Thursday, outscoring their triangular opponents 22-5 in Pender.
Led by freshman pitcher Brooke Janning's complete-game one-hitter, the Class B No. 5 Bears beat No. 3 Malcolm 7-0. They outhit the Clippers 12-1 with McMillen recording three to lead the team.
Then, during the nightcap, BHS notched a 10-run victory against its host, NEN. The Bears won 15-5, completing a 4-0 night for the varsity and junior varsity squads with six runs in the first inning and eight more in the second.