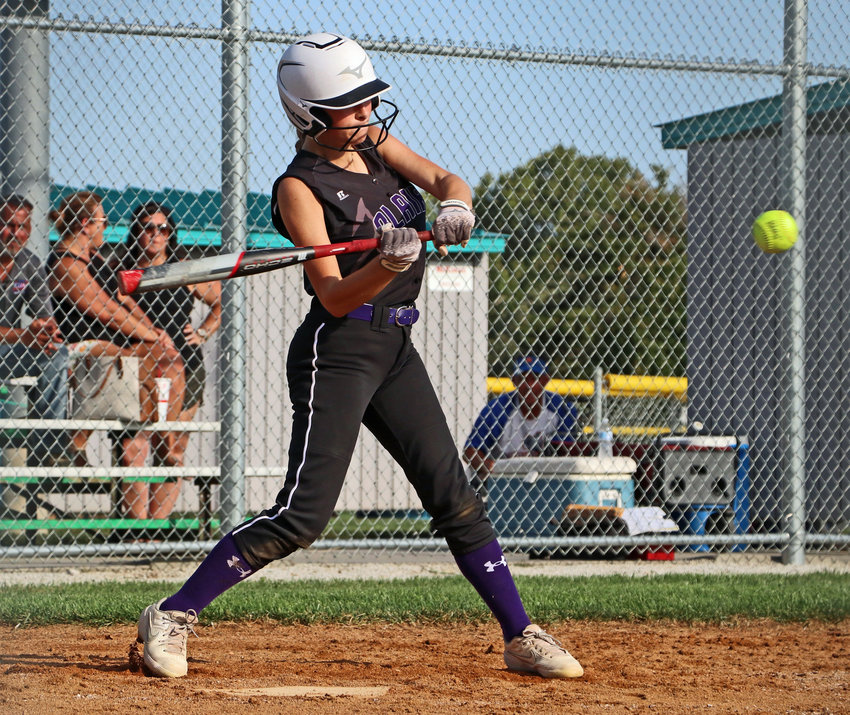 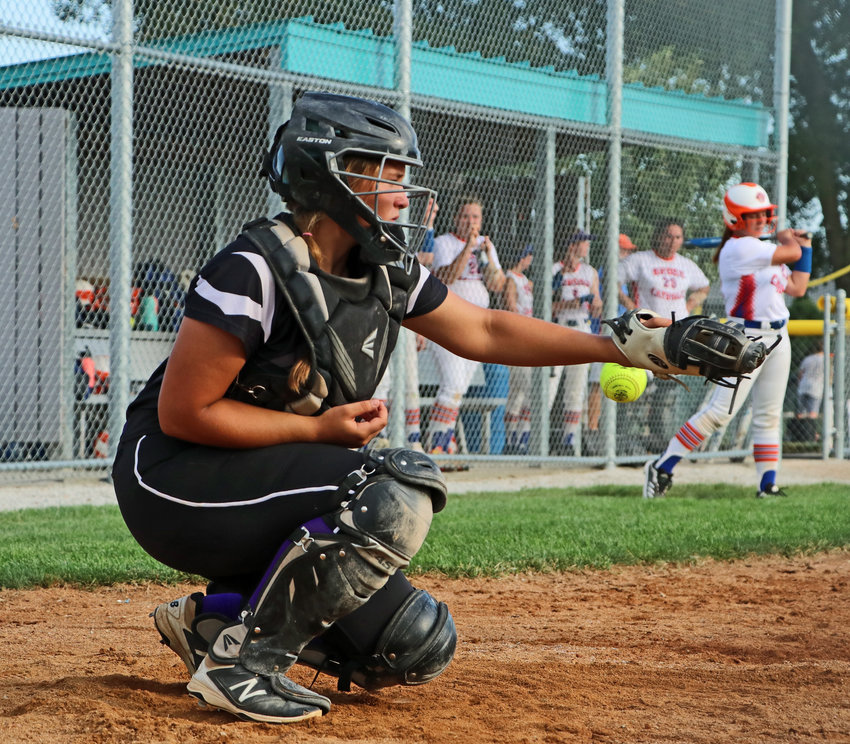 The ball gets by Blair junior varsity catcher Wrylee Osterhaus on a foul tip Tuesday at the Youth Sports Complex.
Grant Egger 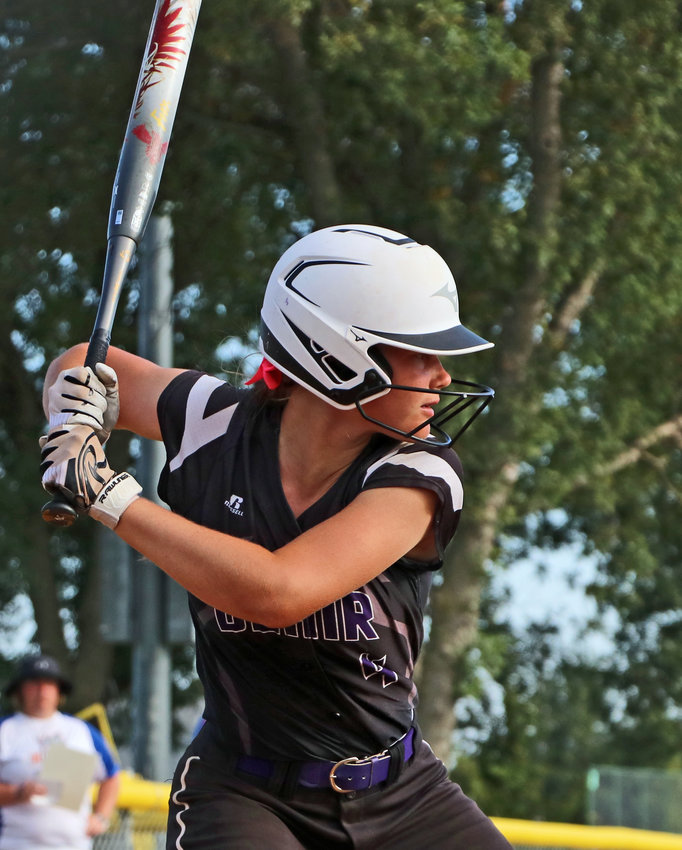 The Class B No. 8 Blair Bears had an answer when No. 5 Omaha Gross tied Tuesday's softball game at the Youth Sports Complex.
Coach Jennifer Fangmeier's team went on a eight-run tear, beating the visiting Cougars by run-rule, 12-4, in just five innings. The win pushed the Bears' season record to 3-2.
After Gross scored four runs during the top of the fourth inning to tie Tuesday's game, 4-4, BHS sophomore hit a leadoff triple. Another 10th-grader, Leah Chance, followed up that knock with one over the fence for a 6-4 advantage.
The Bears then extended their lead and ended the game with six runs during the fifth frame. Greta Galbraith, Claire Mann and Beemer loaded the bases for Chance, who delivered an RBI single.
From there, Blair runs scored off of swings by Nessa McMillen, Tessa Villotta, Sophia Wrich and Mann to finish off the game early. The preseason fifth-ranked Cougars fell to 1-3 in defeat.
The Bears' Kalli Ulven and Ally Lynch split pitching duties in the win.
Earlier in the night, the Blair junior varsity lineup lost a 5-2 game to Gross despite runs scored by Audie Keeling and Galbraith during the second inning. The JV squad is 1-3 this fall.