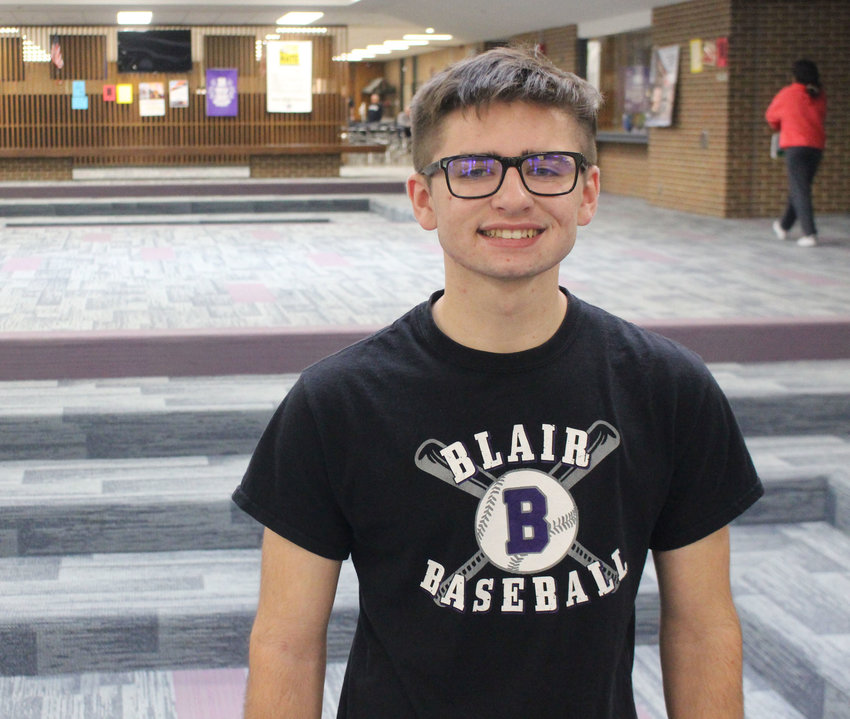 Kolton Hammer doesn't hesitate to get involved, whether it's in school or in the Blair community.

That's one of the reasons the Blair High School senior was chosen to receive the Maverick in the Making Scholarship from the University of Nebraska Omaha.

The Maverick in the Making Scholarship recognizes high school seniors who make a difference in their communities, go against the grain and explore without fear of failing, according to a press release on UNO's website.

Hammer will receive a $4,000 scholarship to attend UNO, where he'll major in graphic design and minor in entrepreneurship. He was nominated for the recognition by his parents Peter and Ronna Hammer.

UNO officials surprised Hammer with the honor at school last week, presenting the check along with the Maverick mascot in front of his advanced pottery classmates.

Hammer has been involved in BHS Student Senate for four years, two of which he served as president.

The BHS senior is driven to be involved “because there are so many organizations that look for people to be involved in the community. If you can take a step into it, it's good for you.”

Hammer said he sees his efforts translating to UNO, too.

“Because it's in the heart of Omaha really so they're kind of community based,” he said.

Hammer wants to return to his hometown following graduation from UNO.

“I hope to own my own little business on main street or something like that,” he said.