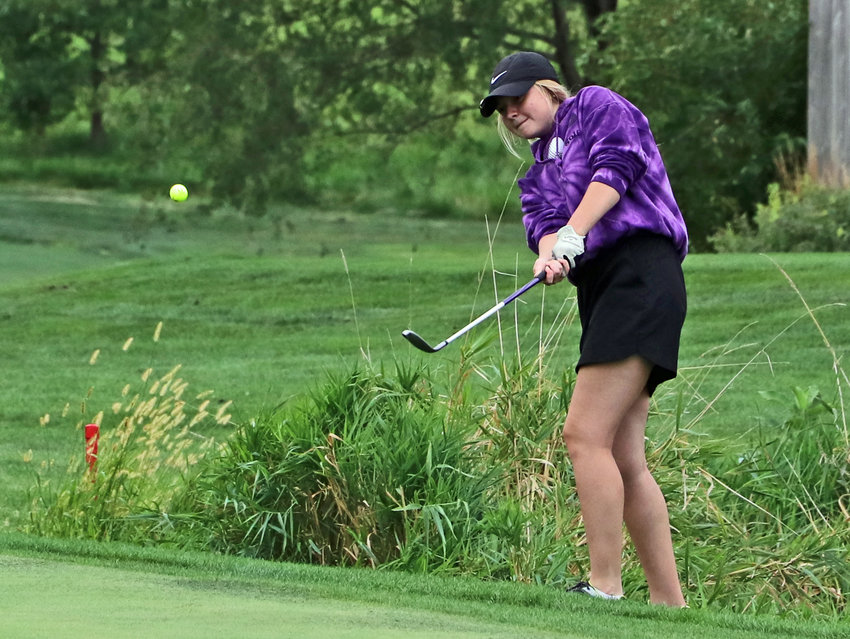 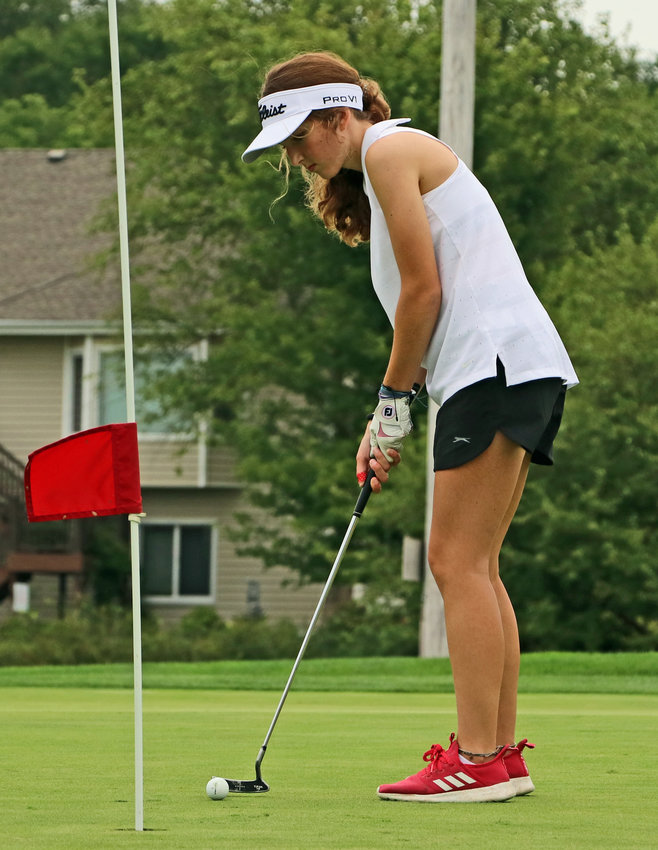 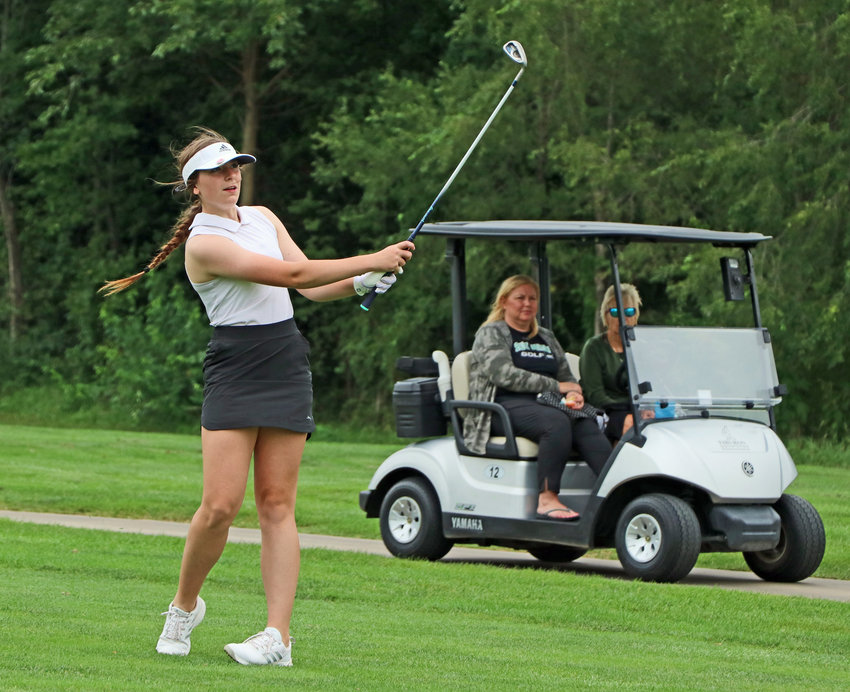 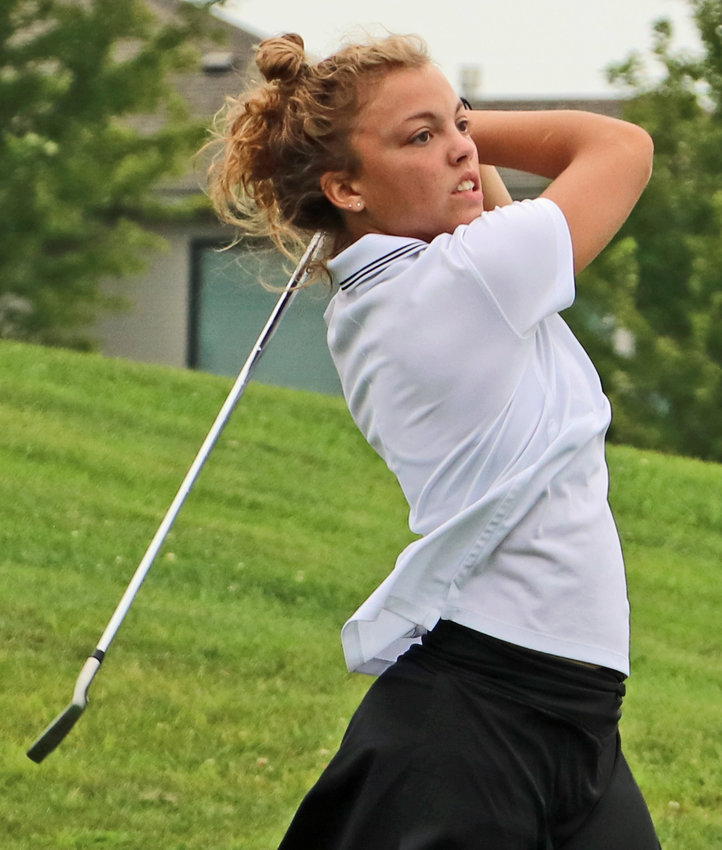 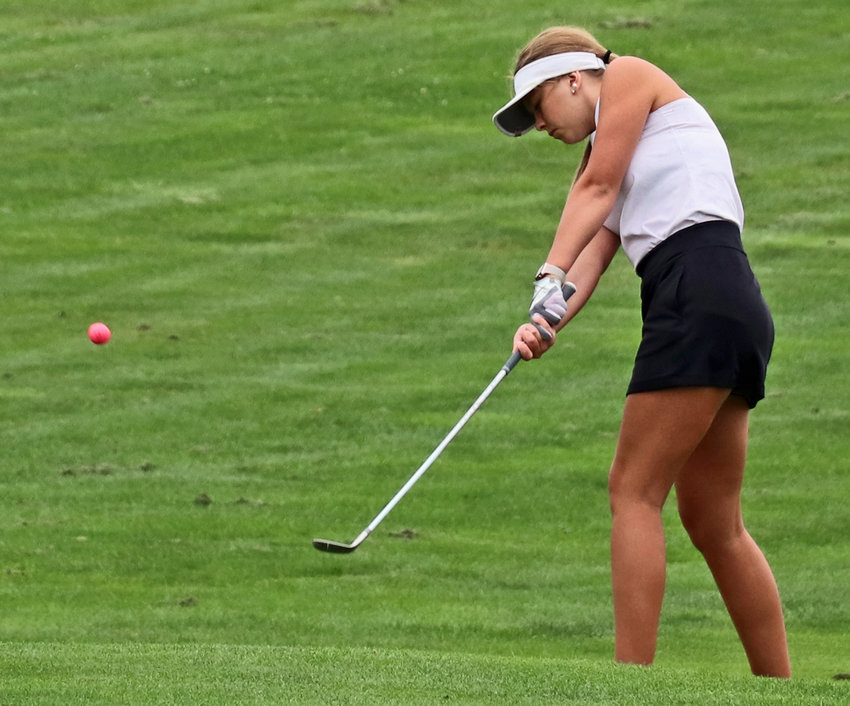 Blair senior Anna Moore left the Tiburon Golf Club practice putting green first Thursday afternoon, making her away across the Omaha course's driveway and to the tee box on hole No. 1.
The Bear was the first to arrive, first to tee off and tied for first when the Omaha Skutt triangular was all said and done. She took 50 swings over nine holes as coach Ross Udey's lineup notched a first-place finish during its season-opening meet.
BHS finished with 221 strokes, while second place Elkhorn notched 227 and the host Skyhawks carded 239. Moore led her squad, finishing with the same amount of swings as Elkhorn's Alex Swerczek. The senior took five swings on the first hole, earning “nice shot” compliments from her playing partners on her third-shot chip onto the green.
Blair's Mallory Stirek, meanwhile, finished with the triangular's third-best score — a 52. Addie Stirek, who sunk a long putt on No. 2, took 57 swings to tie for fifth, while Emma Wilson finished with 62.
Lillian Tiedgen finished with 63 strokes on the first day of the Bears' golf season.
BHS next competes 4 p.m. Wednesday at Stone Creek Golf Course in Omaha.

AHS triangular postponed
The Arlington golf team had its second scheduled event of the week postponed Thursday.
The Eagles were set to compete at Grandpa's Woods Golf Course in Murdock, but the host Elmwood-Murdock Knights pushed the competition date back to Sept. 23 due to weather.
AHS' Aug. 31 meet was also called off due to weather conditions, too.