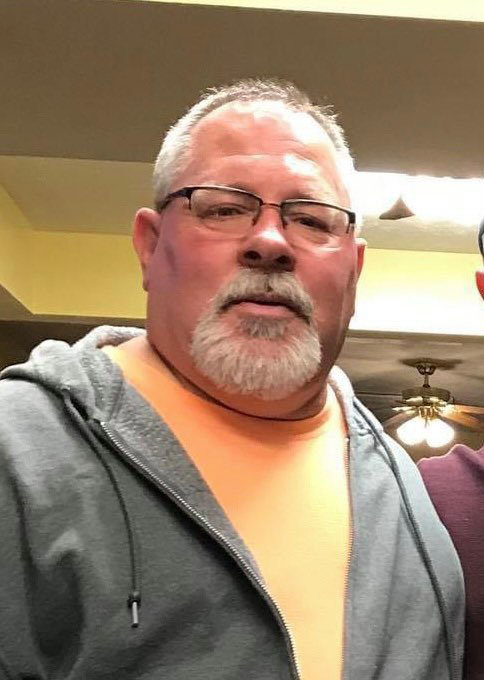 Shawn Thallas was riding his Harley-Davidson motorcycle north on Highway 183 toward Pisgah, Iowa, when he came upon a curve in the road that was covered with gravel.

The Blair man lost control and landed in a ditch with the bike on top of him.

Todd Andersen, who was riding with him, quickly stopped to help — one of the few memories Shawn has of the accident. Despite being severely injured, Shawn helped Todd lift the bike off of him.

“It's too heavy. I can't do it myself. You've got to help me push this off you,” Todd told him.

Shawn's wife, Amy and daughter, Kylie, were driving ahead of them when Todd called.

“I turned around and came back,” Amy said.

Amy arrived just as Shawn was being loaded into the ambulance. He was taken to the hospital in Missouri Valley before he was transported to CHI Creighton University Medical Center-Bergan Mercy, where his injuries were fully assessed.

They found the Blair resident had six fractures in his pelvis, a lacerated tongue, a broken jaw, a contusion on his spleen, broken ribs, a broken nose and a concussion. A broken wrist was found later.

Today, Shawn is hospitalized at Madonna Rehabilitation Hospitals in Omaha after spending two weeks in the trauma intensive care unit at Bergan Mercy. He faces months of rehab and has yet to walk.

But he's grateful to be alive.

“You know I've had better days, but I'm not going to complain,” he said. “God spared me.”

For so long, Shawn said, he had been trying to get Amy to ride with him on the motorcycle, which he purchased last spring.

“She never wanted to and now I understand why,” he said. “I just thank God that she wasn't with me. It could have been worse.”

Following the accident, Shawn's jaw was wired shut to allow his jaw to heal. For the first three weeks, he was unable to talk. But he still had a message for Amy.

“If I haven't told you, I'm done riding. I love you too much,” he wrote on a white board.

Amy said Shawn will likely remain at Madonna through at least the first two to three weeks of November. He's scheduled to have the wires removed from his jaw on Monday. He could also begin putting weight on his right side next week. Therapy on his left side won't likely begin until December.

“He'll be laid up for quite some time,” Amy said.

But Shawn is hopeful he'll be able to return to his job as a sheriff's deputy. He's served Washington County for more than 30 years.

“You know what it means to me, how near and dear it is to my heart to be a deputy. Hopefully, I'll be able to come back and pick up where I left off,” he said. “It's going to take a while, but God willing I'll be back.”

“None of us wanted to, but we knew we probably should,” Shawn's daughter, Kodie McIntosh, said.

“That will be a huge blessing,” Amy said. “Not knowing how long he's going to be off work. The sheriff's office is so great. They donate their time (to Shawn). But still it's that unknown.”

Friends and family have also planned a benefit for Shawn at 2 p.m. Nov. 13 at Cottonwood Cove Marina. A pulled pork dinner will be served. There will be raffles and a silent auction. Charm School Dropouts will perform from 7 to 11 p.m.

Shawn is hoping to attend the benefit, too.

Both Shawn and Amy are grateful for the support and prayers they have received from community.

“It means the world to us,” Amy said.