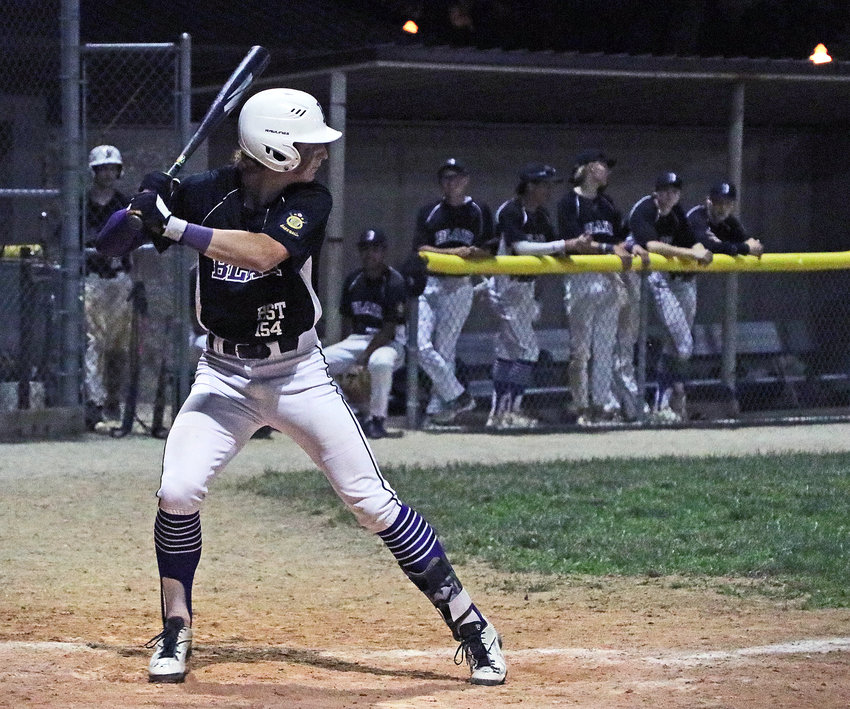 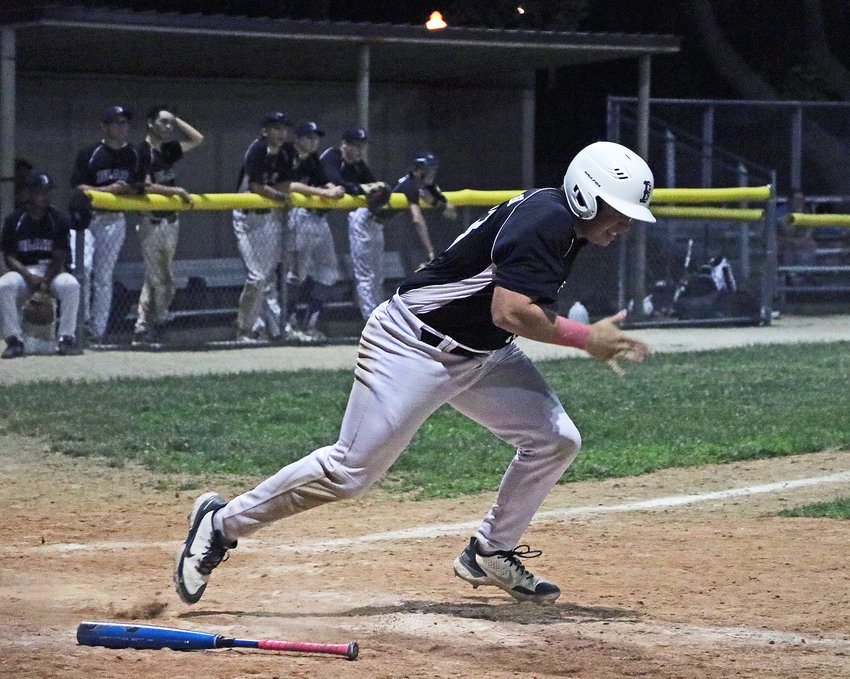 Blair Senior Legion batter Dylan Swanson takes off out of the box on contact June 22 at Vets Field.
Grant Egger 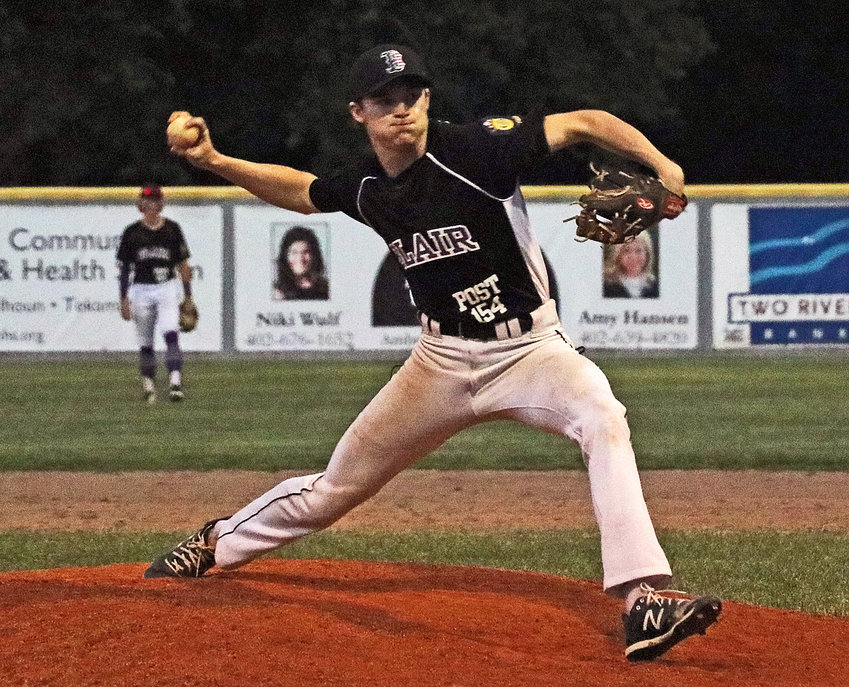 Before tournament play in Omaha over the weekend, the Post 154 Seniors left base runners on the bags Wednesday and lost 5-1 to Waterloo-Valley at Vets Field.
Kaden Fletcher notched an RBI knock during the second inning, but Blair left the bases loaded down 2-1 during the fourth inning. Then, during both the sixth and seventh frames, the Bears placed two batters on base, but failed to push them across home plate.
First, Conner O'Neil walked and Bo Nielsen — who tallied two hits for the game — singled to shallow right-centerfield during the sixth. A soft lineout ended the inning, though.
Then, during the last-chance seventh inning, Post 154's Tanner Jacobson singled on a pop fly down the right field line. Nate Wachter joined him on base when he was hit by a Waterloo-Valley pitch.
The road squad swapped out hurlers, however, and got out of the inning on a game-ending strikeout.
Blair pitcher Eli Morgan threw all seven innings, striking out five Valley batters in defeat.

Bears collect win over weekend
The Dave Van Metre Tournament in Omaha began on a high note for the Bears Friday with a 9-3 win over Sampson Construction Lincoln Post 3.
Blair needed just two innings to score its runs, notching five in the first and four in the fourth. Eight of nine Blair batters recorded hits.
Nielsen tallied two hits and two RBIs on the evening and his teammate O’Neil also added two RBIs on two hits. O’Neil, along with Morgan Rump, teamed up for both of the Bears’ doubles.
On the mound, Tyler Andersen completed 5 2/3 innings, allowing one earned run on three hits while striking out four. Jacobson finished the game, striking out two and allowing just two hits over 1 1/3 innings.
Saturday was a different story for the Bears, as the bats went quiet in a 2-1 loss to Jordan’s Studio Post 331.
Post 154 recorded just four hits in the loss. Dylan Swanson collected half of the Bears’ hits, going 2-3 with a double. Wachter also reached base on a double and scored the Bears’ only run.
Rump went the distance for Post 154, allowing two earned runs on three hits. He struck out seven Post 331 batters.
The Bears rounded out the Dave Van Metre Tournament with a 7-3 loss to Fremont First State Bank Sunday evening.