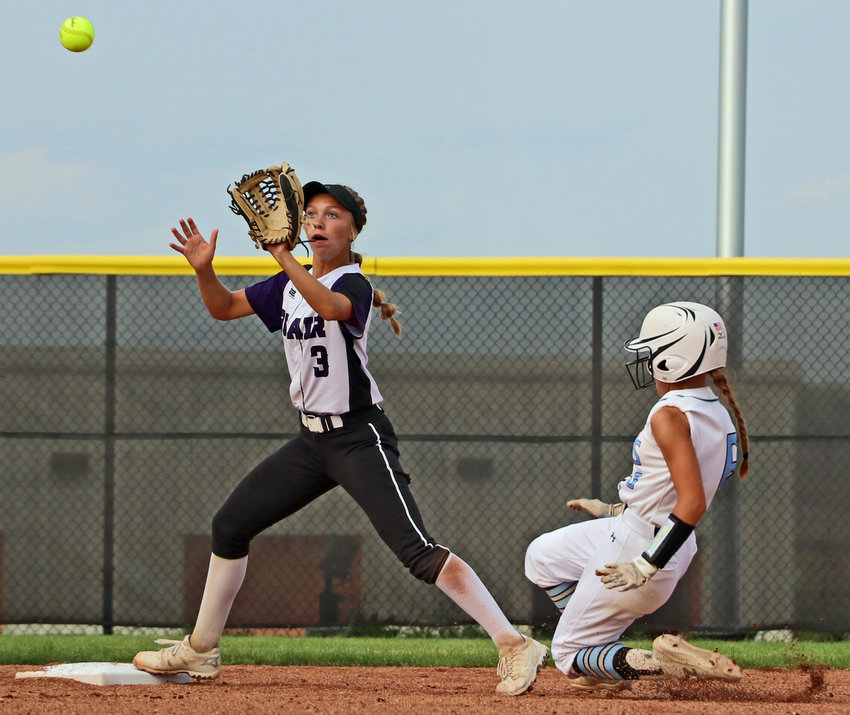 Blair infielder Leah Chance catches the ball and secures a force out at second base Monday at Elkhorn North.
Grant Egger 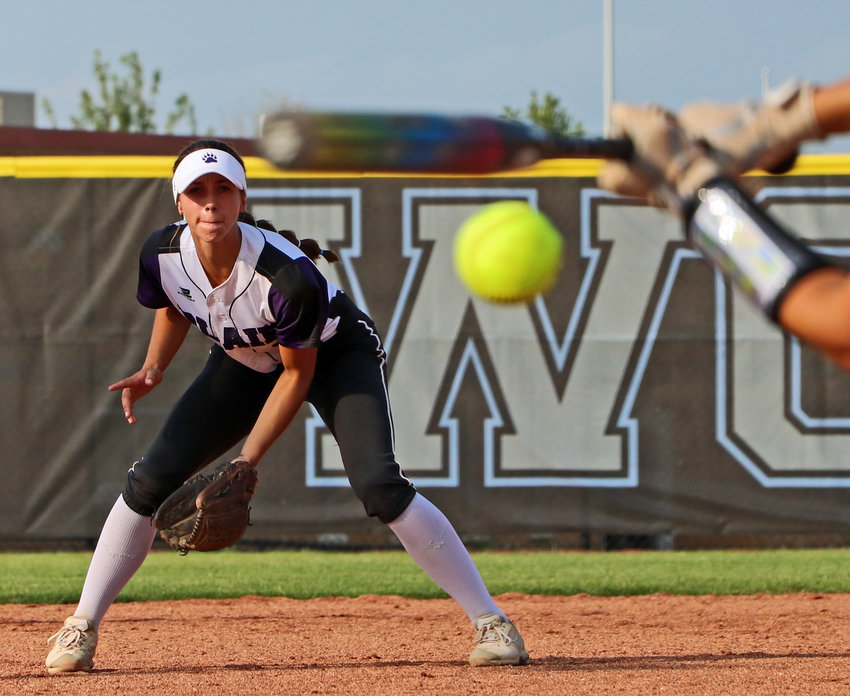 Blair infielder Tessa Villotta watches a pitch get by the bat of an opponent Monday at Elkhorn North.
Grant Egger 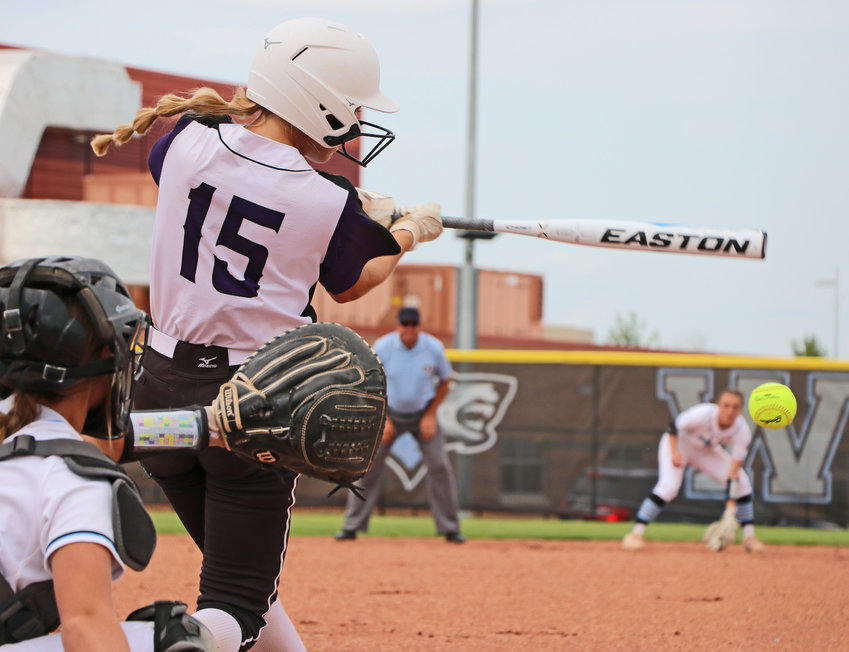 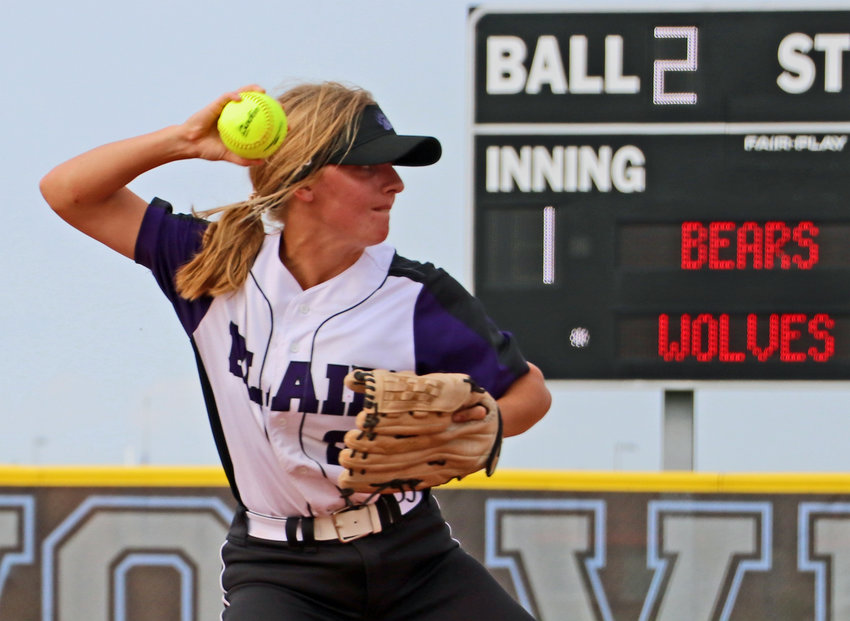 Blair infielder Taylor Larson throws the ball to first base for an out Monday at Elkhorn North.
Grant Egger 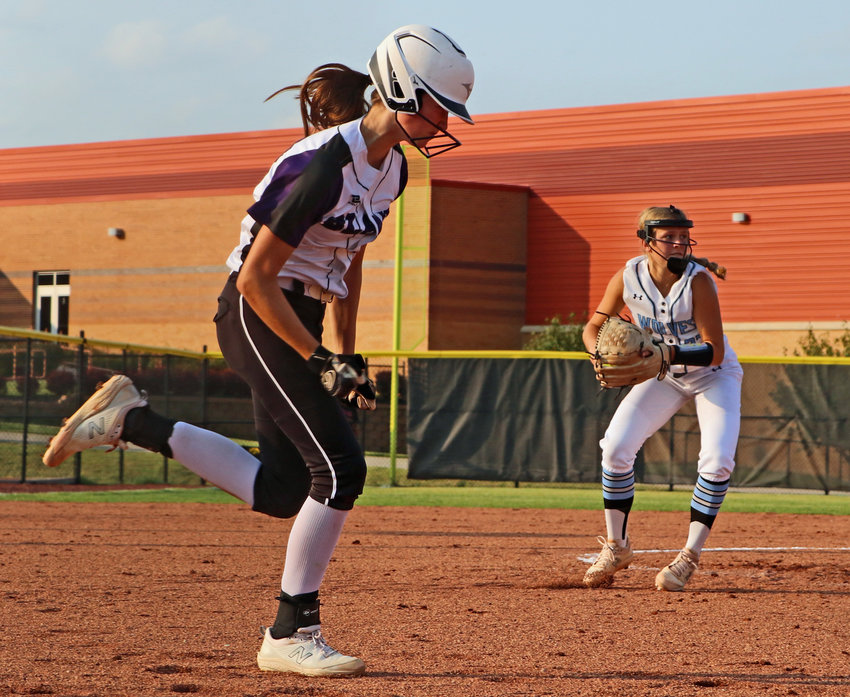 The Class B No. 5 Blair softball team lost its second-straight game Tuesday.
After an upset loss on the road to Elkhorn North, the Bears lost another Eastern Midlands Conference game Tuesday at home. No. 4 Norris turned a six-run fourth-inning into a 9-1, run-rule victory at the Blair Youth Sports Complex.
BHS (7-5 overall) scored its lone run of the top-5 matchup during the third inning. Greta Galbraith singled to start the frame before Reese Beemer bunted to move her along the basepath. Leach Chance then walked before Nessa McMillen hit an RBI single to right field.
The Bear run evened the score at 1, but the Titans (6-3) ultimately left Blair with an eight-run victory.
On Monday, unranked Elkhorn North upset BHS, 7-6. The Bears battled back from a five-run road deficit, but their rally came up short.
Coach Jennifer Fangmeier's squad fell behind 7-2 despite RBI knocks by McMillen during the first inning and Brooke Janning in the third. It earned its way back into the game with another big hit from the former.
Chance and Kalli Ulven earned spots on base during the fifth frame before McMillen cleared the outfield fence with a three-run homer. She rounded the bases and celebrated with her teammates at home plate, but the Bears still trailed by two runs.
After a scoreless fourth frame, BHS' Tessa Villotta hit a solo home run during the top of the seventh to cut the Wolves' lead in half. The Bears wouldn't get any closer than 7-6, though, falling when a groundout ended the game with both Jerzie Janning and Beemer on base.
Blair played Nebraska City on Thursday and next competes Saturday during an Auburn tournament.