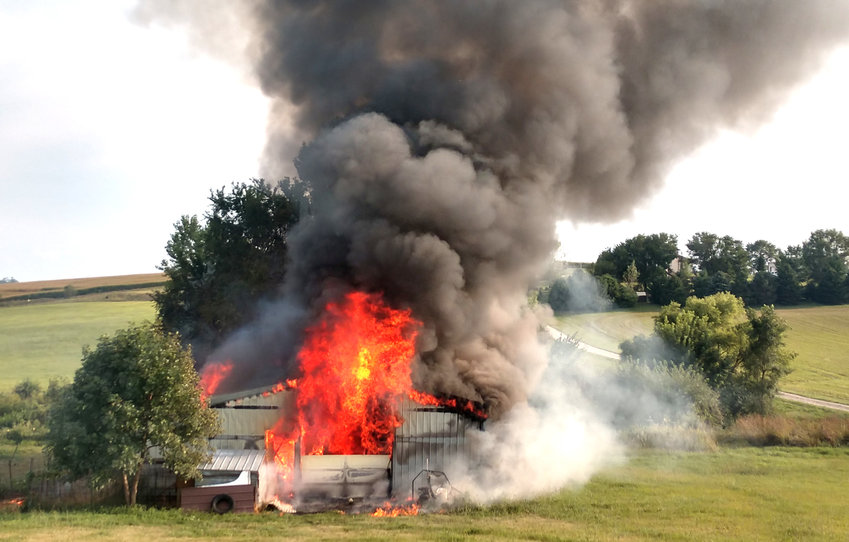 A barn fire in Washington County resulted in the loss of around $100,000 of equipment and hay, but caused no injuries on Sunday evening.

Bennington, Fort Calhoun, Irvington and Kennard volunteer fire departments responded to the fire at 13255 County Road 38 around 5:50 p.m. Firefighters were on scene until 9:30 p.m.

"We were dispatched to the scene of a structure fire at that address," Bennington Fire Chief Dan Mallory said. "Upon arrival we had a 30x40 storage shed that was totally involved. It contained a tractor, several lawn mowers, small equipment and hay. It was already through the building and fully developed before we arrived."

There were no animals harmed and the structure was far enough away from the house so the fire was contained to the barn, Mallory said.

Mallory said the cause of the fire was undetermined.

"Unfortunately there wasn't a lot we could do but keep it contained to the building itself," he said.