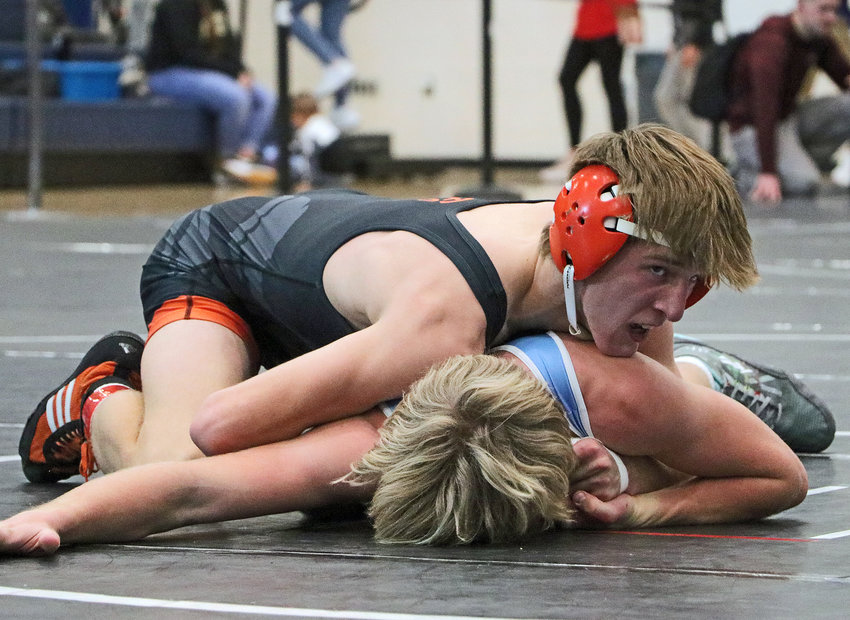 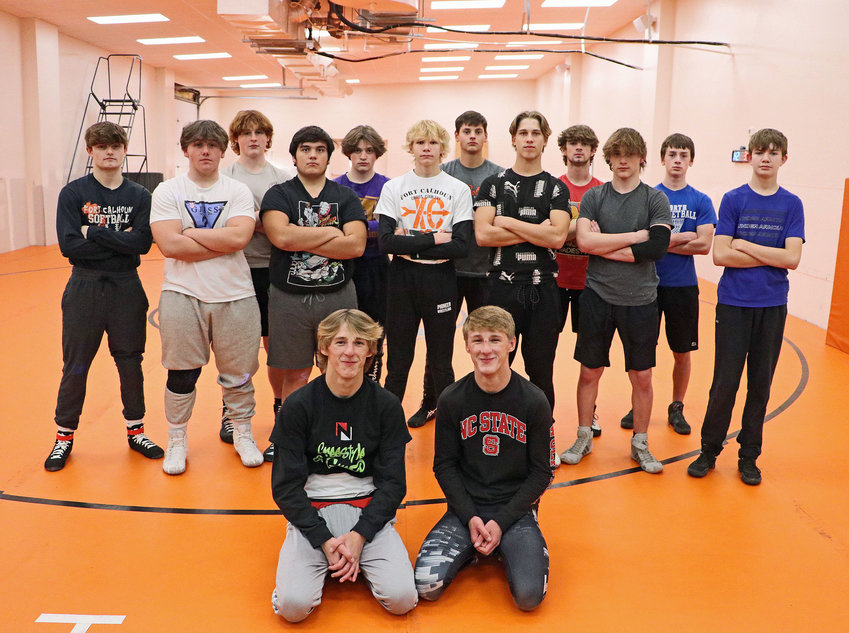 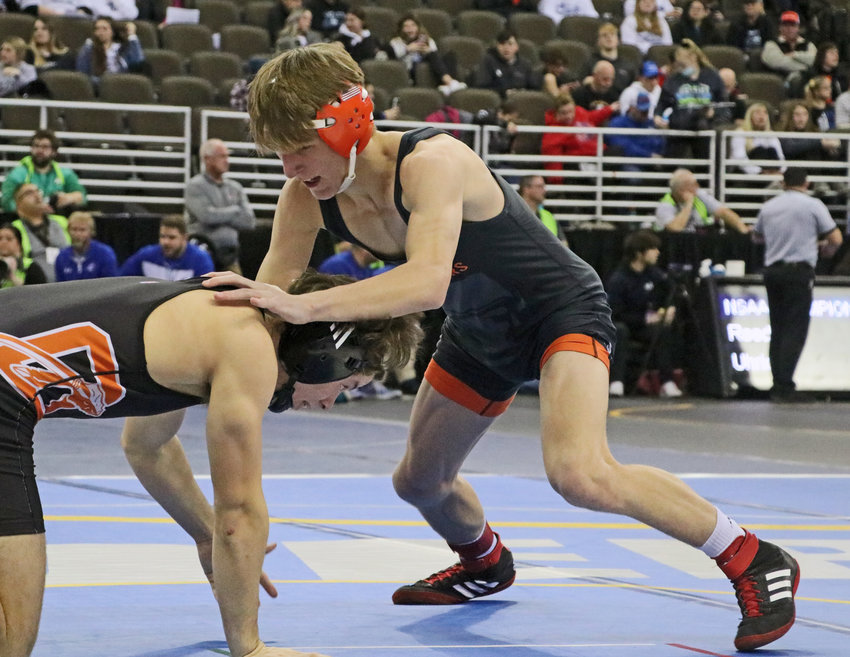 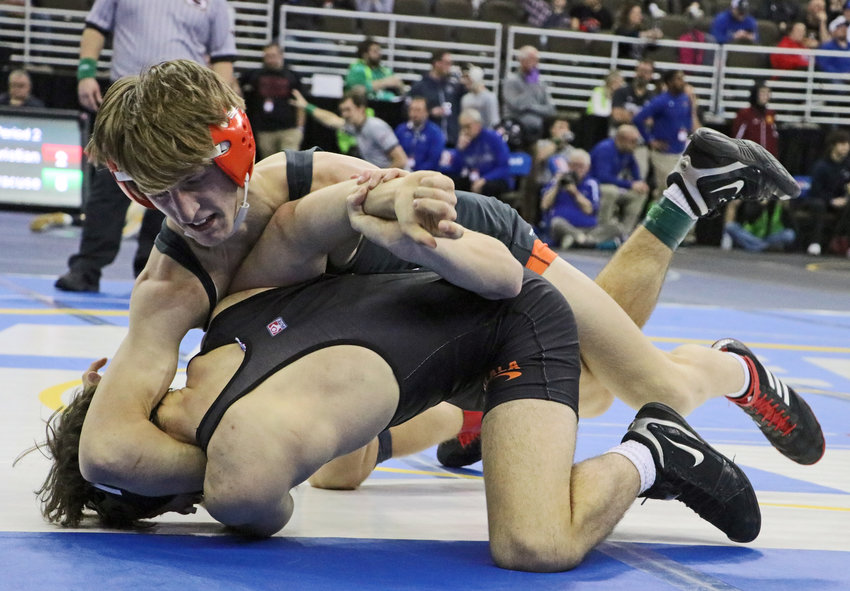 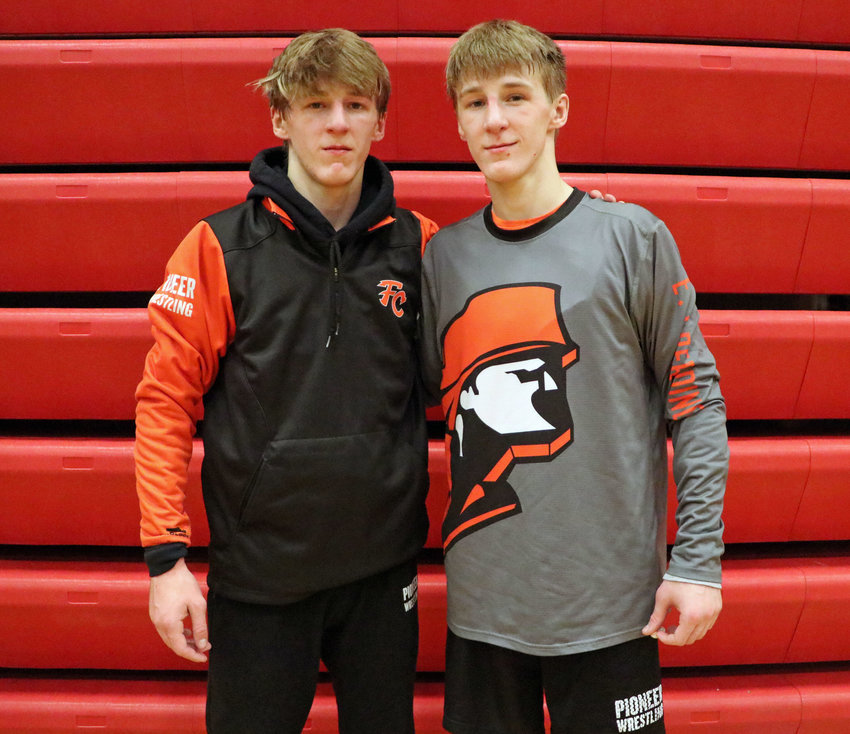 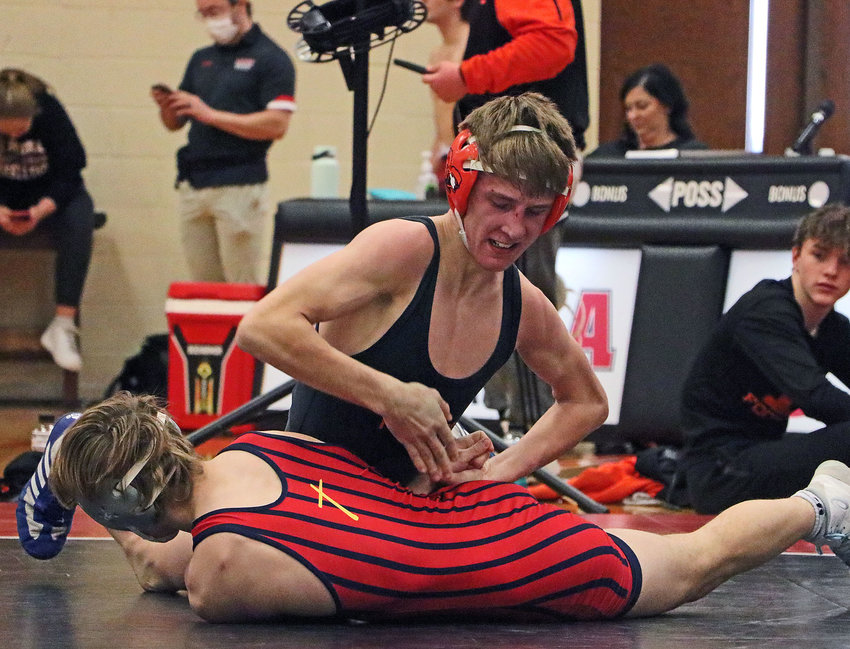 Fort Calhoun 126-pounder Ely Olberding, top, works to turn DC West/Concordia wrestler Jack Hartman on Saturday during the Class B District 2 Tournament in Aurora. Olberding and his brother Lance each qualified for a third time during the event.
Grant Egger 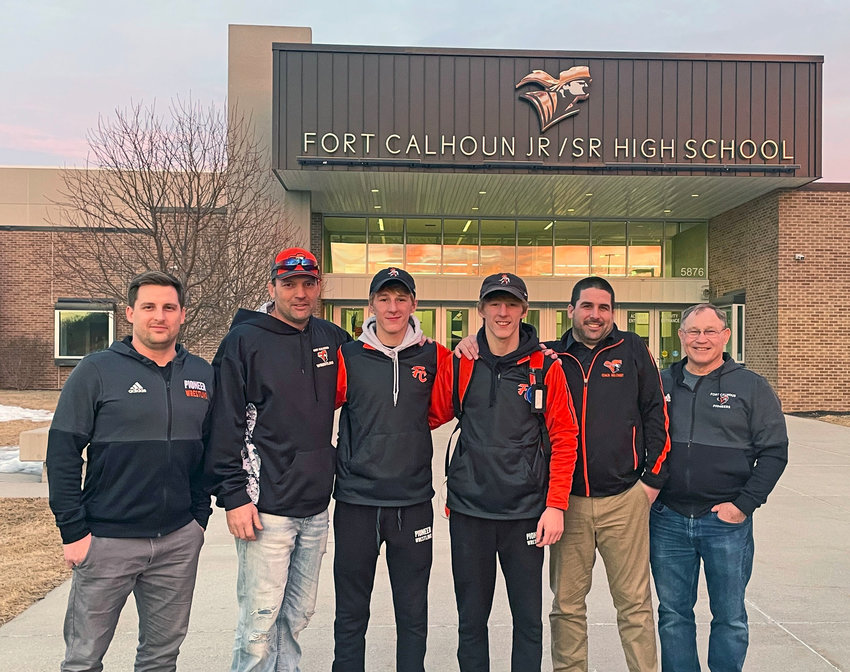 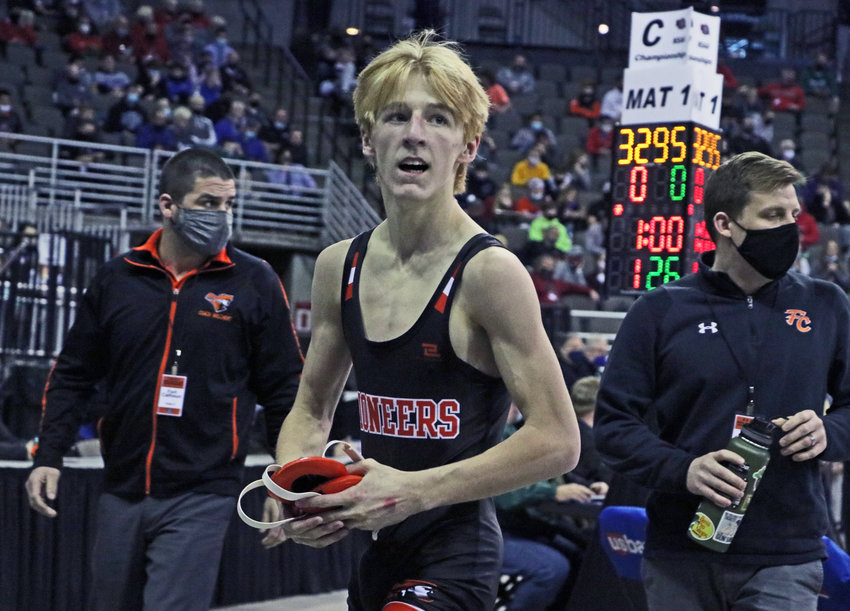 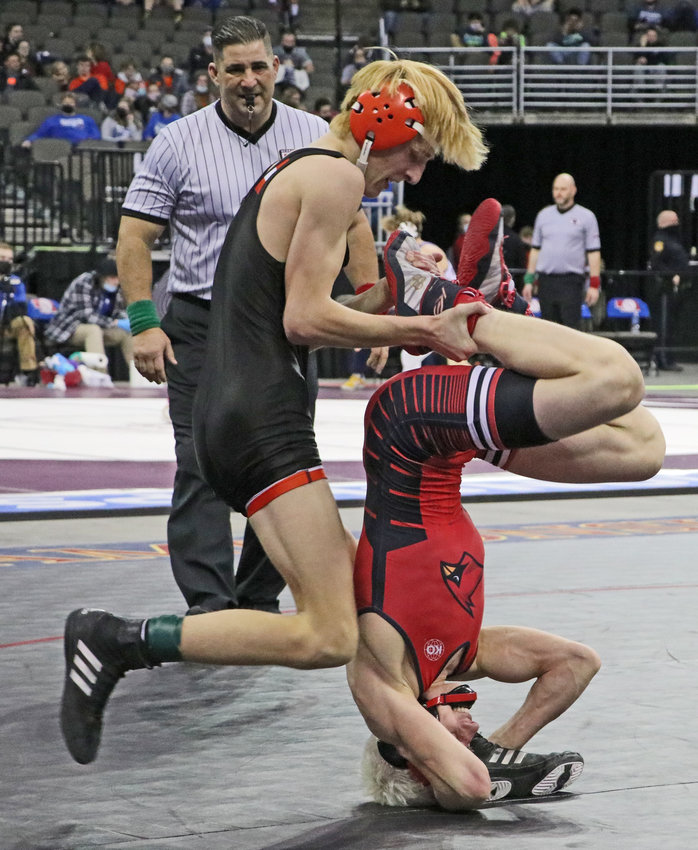 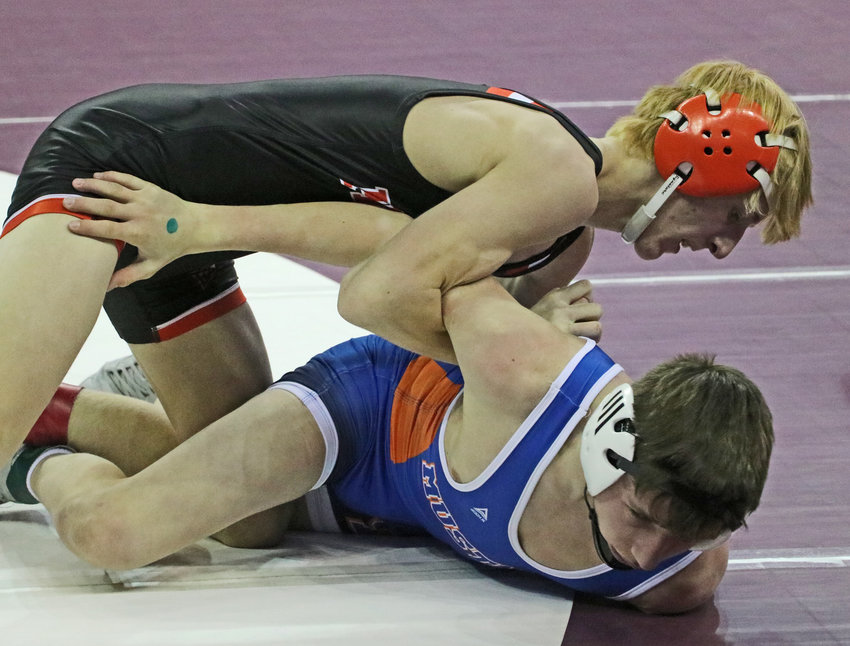 Athlete of the Week