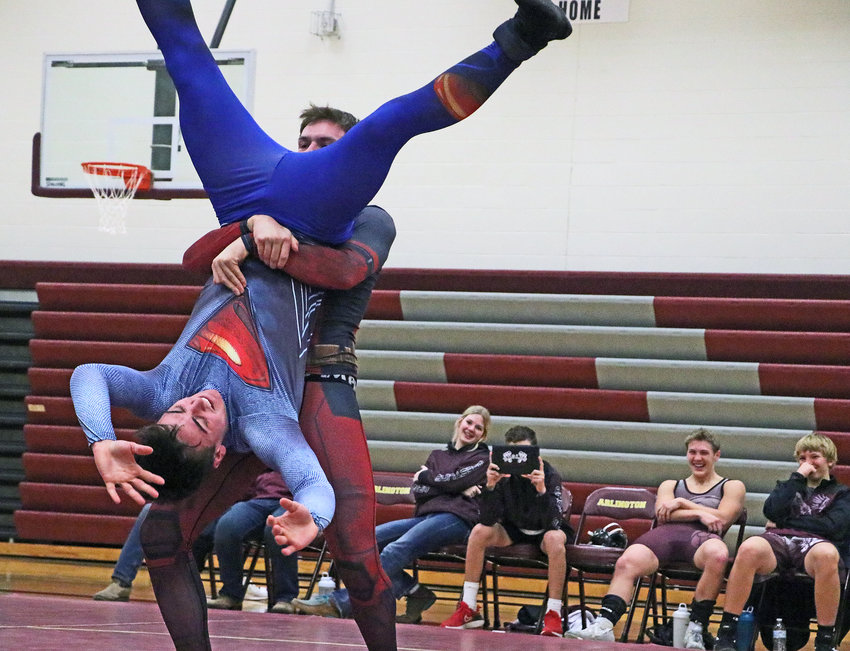 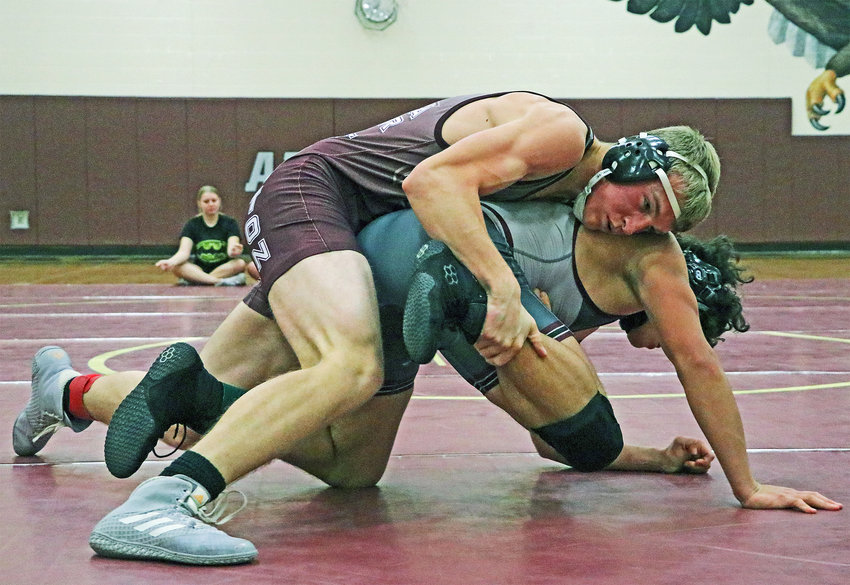 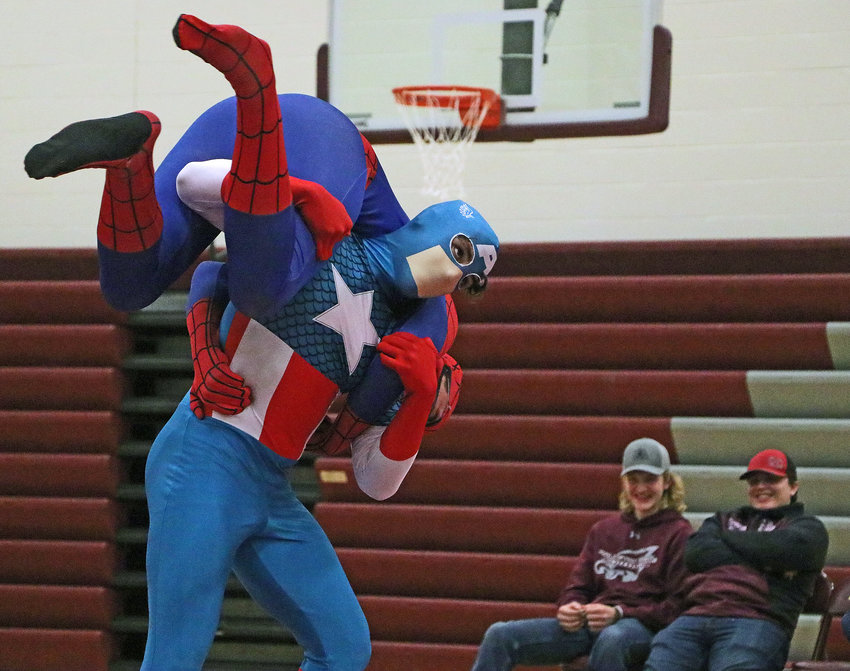 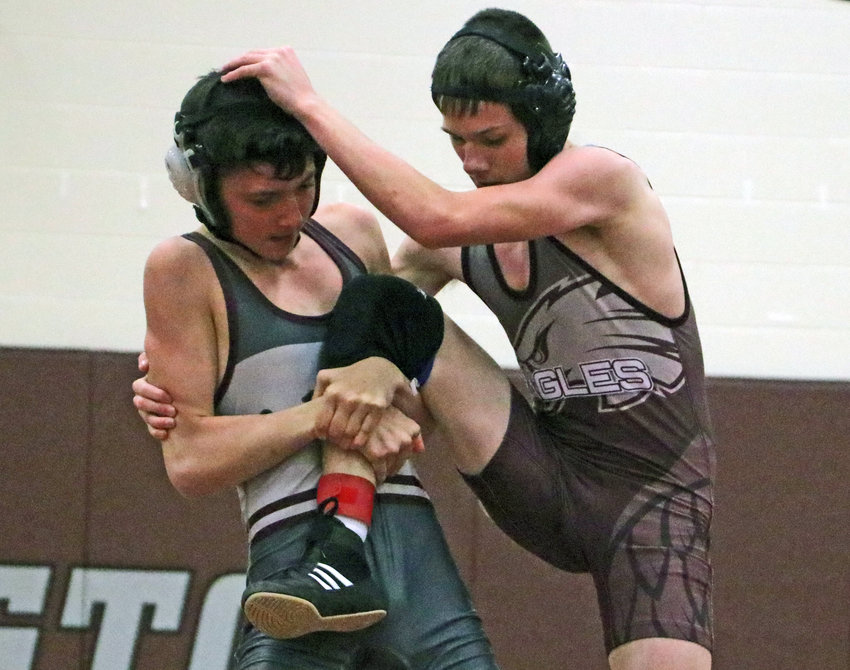 The Arlington High School wrestling team's intrasquad scrimmage featured Collin Burdess as Thor and Izzy Sanchez as Captain America.
After coach Doug Hart's Eagles competed on the mat Tuesday evening, multiple Avengers, Deadpool and Superman threw down during the Superhero Showdown.
“I just didn't want the skin-tight costume,” Burdess said, explaining why he opted to portray the Asgardian complete with blond wig and muscle suit.
Sanchez, meanwhile, had even simpler reasons for his costume choice during the crowd-pleasing, annual wrestling season kick-off event.
“It was the first outfit I tried on and it worked,” he said.
The not-so-serious competition between superheroes capped a night of preseason bouts. To start things off, both Burdess and Sanchez won a pair of matches against their fellow AHS wrestlers. Stokely Lewis, Aiden McDuffee and Cade Podany won as well with a former Eagle — two-time state champ Josh Miller — acting as the referee.
“We're looking pretty good,” Burdess said of the first two weeks of practice. “Short on numbers, but I don't think that will affect us too much.”
Both Sanchez and he noted multiple newcomers to the team who've impressed early on.
“We don't have as much experience coming into this year as we did last year,” Sanchez said. “But we're definitely going to grow some key members for the upcoming years.”
Burdess, meanwhile, is returning to the team this season after missing his junior year due to injury.
“Definitely knocking off some rust, for sure,” he said.
But the Eagles still have high goals for 2021-22. Sanchez would like to see some dual wins, while at least four state qualifiers sounds reasonable to Burdess.
Arlington's season officially begins Friday, Dec. 3, at a Columbus Lakeview tournament. Eagles will be in action, while Thor and Captain America sit things out.