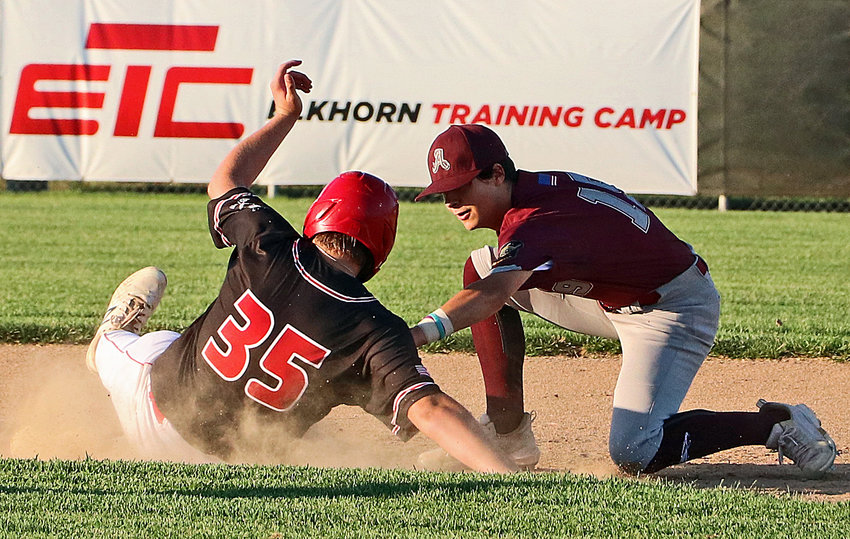 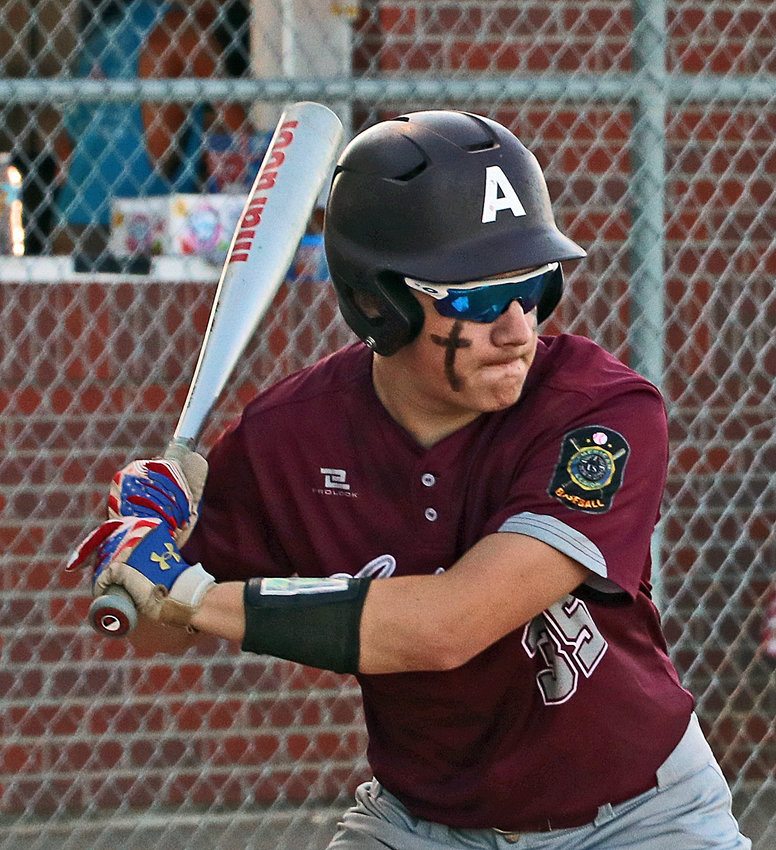 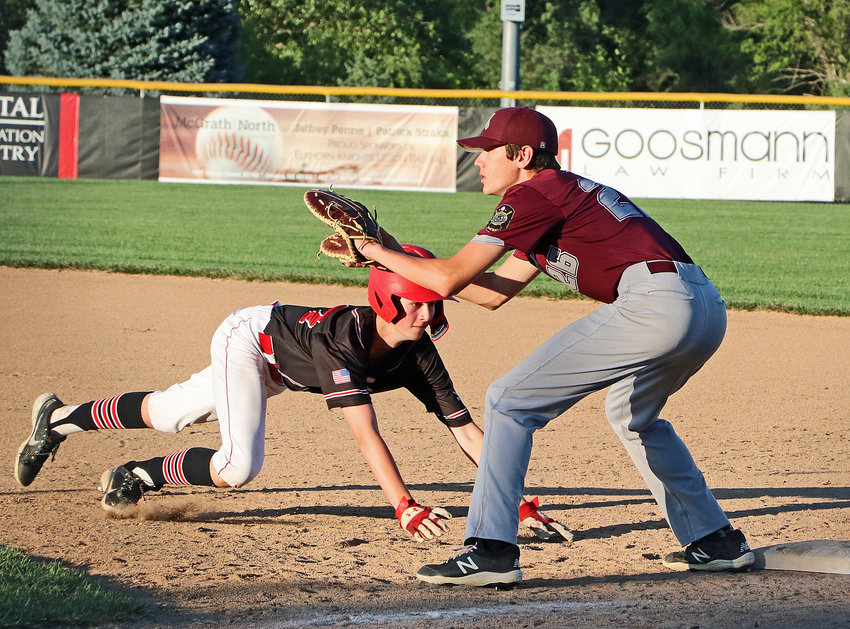 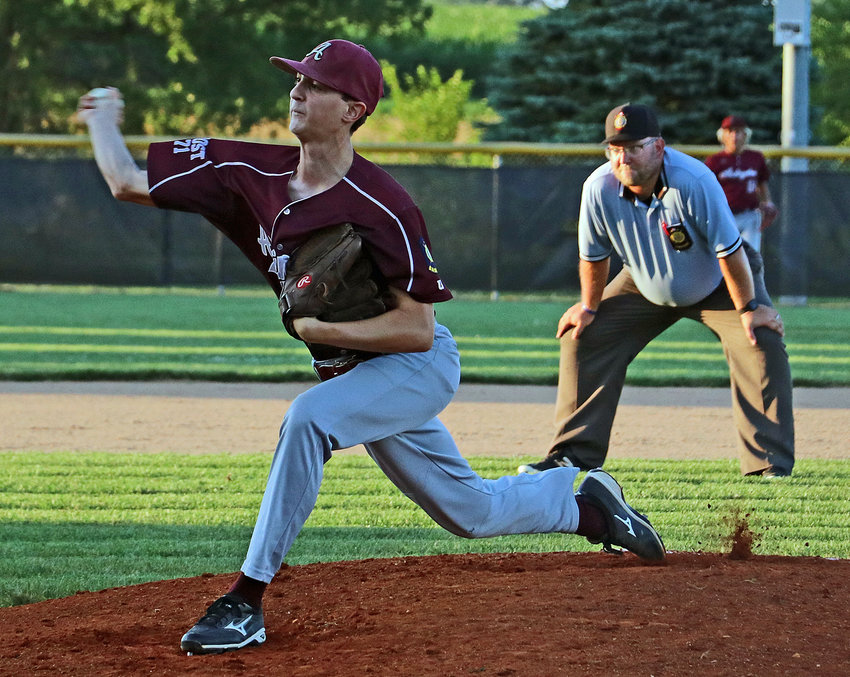 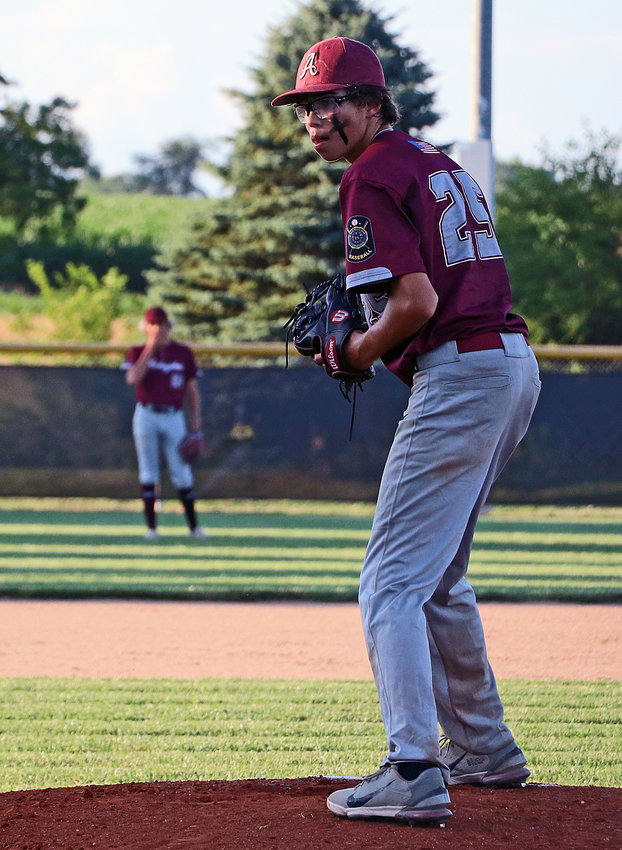 The Elkhorn Training Camp Junior Legion baseball team scored four runs on one hit and three errors Friday before Arlington notched its first out.
The four-run deficit jumped to seven before the end of the first inning at Elkhorn Mount Michael as the Post 71 Eagles lost their Class B Area 3 Tournament opener, 12-0.
On top of its mistake-plagued play against the Knights, Arlington saw its two middle infielders — Tyler Hawley and Kolby Tighe — leave the first-round game with apparent wrist injuries. Hawley iced his after playing an inning at shortstop, while Tighe was hit by a hard liner when he later stepped in to pitch.
“It's tricky,” Eagles coach Tyler Stender said. “We're already down a few of our key players.”
Post 71 did, however, have an off day before it was back on the diamond with its season on the line during the double-elimination tourney.
“Hopefully we'll play a little better on Sunday,” Stender said.
Results from that contest at Mount Michael will appear in Friday's Arlington Citizen and Washington County Enterprise editions.
Against Elkhorn Training Camp (ETC), though, Arlington struggled. It loaded the bases with Colton Willmott, Blaine Vogt and Grange Suhr during the top half of the first inning, but committed four errors during the Knights' seven-run bottom half.
“I just think one mistake compounded, two compounded, three and then we kind of started getting down on ourselves,” Stender said. “Started walking kids.”
Jackson Stosich initially set down the scorebook in the dugout to play for an injured Hawley at shortstop, but then took over on the mound for Willmott to finally get out of the first frame. He then pitched scoreless second and third innings before ETC scored five more times during the fourth.
After it loaded the bases during the first inning, the Eagles' offense struggled to get consistent production from the batter's box as their disadvantage on the scoreboard grew. Before his own injury, Tighe notched a Post 71 hit during the fourth inning.
Stokely Lewis reached base twice, too, but was unable to score.
Stender was glad to have an off day Saturday before his Arlington team's win-or-go-home elimination game on Sunday.
“We'll see how these guys respond,” the coach said. “We've got some young guys that like to play ball, so they might get their shot.”