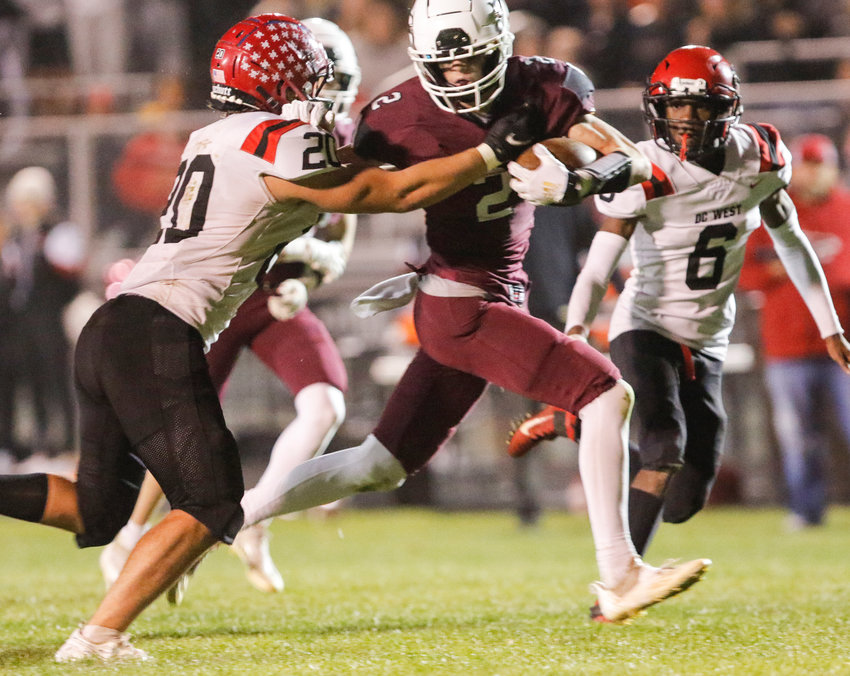 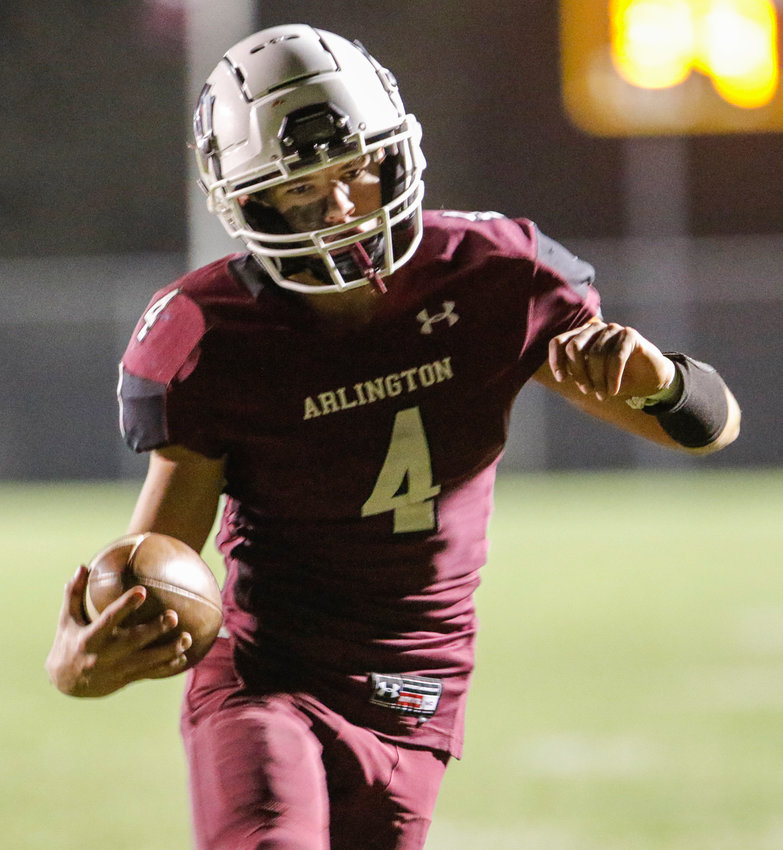 Douglas County West found the end zone late during the fourth quarter Friday, besting the Arlington High School football team 34-28 in the regular season finale.
The Falcons finished the fall 5-4, while the Eagles dropped to 4-5 with their third home loss of the season.
“What I’ll remember about this team is the grit they had in some of those tight games,” AHS coach Colter Mattson said. “For the most part, they stayed even keel through the highs and lows, which allowed them to persevere.”
That grit extended to the practice field, too.
“Even when we had some tough games, the following Monday-through-Thursday preparations were productive and successful,” the coach added.
Again DC West, Arlington built a 22-8 first-half lead before the Falcons outscored it 26-6 from there. Senior Dustin Kirk, who also caught 11 passes for 82 yards and a score, notched the Eagles' first touchdown on an 80-yard kickoff return.
Isaac Foust and quarterback Logan Kaup scored rushing touchdowns as well, but it wasn't enough. Kaup threw for 126 yards and ran for 81, while Frankie Rosenbalm notched seven carries for 43 yards.
Defensively, senior Collin Burdess led AHS with 10 total tackles. Kaden Foust and Kaup had eight tackles apiece, while Isaac Foust and Kyle Quinn had seven each, and Weston Wollberg blocked a Falcon punt.
When all was said and done, Mattson described his football seniors as determined.
“The off-season preparation and work that they put in showed their focus,” he said. “They wanted to learn the game, and we’re always looking for ways to compete.”
Mattson said the class will be missed.
“They were great role models, and if we can follow in their footsteps we will be in good shape,” he said.