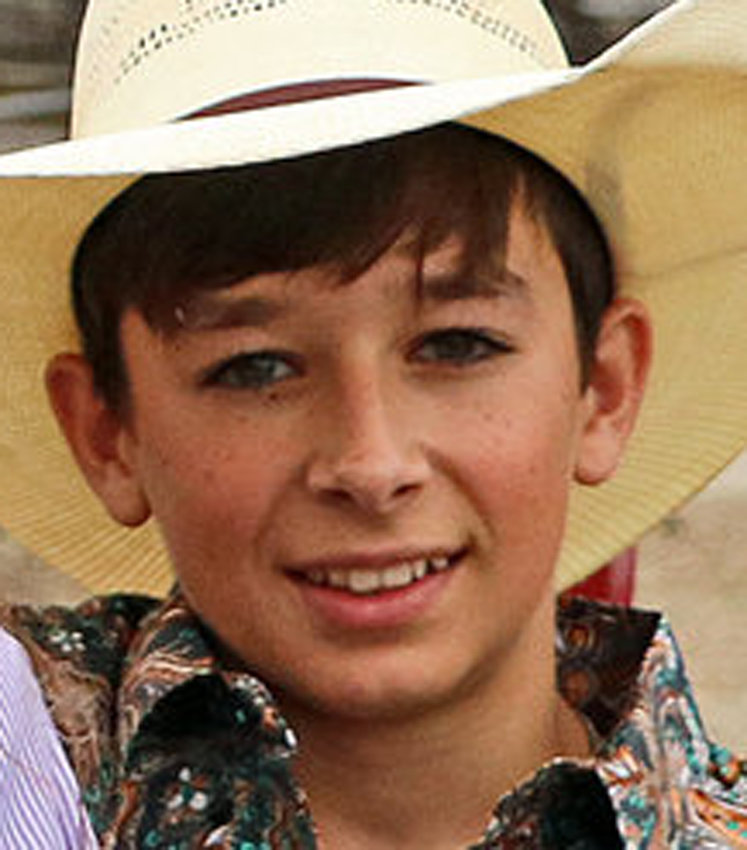 Arlington cowboy Haydn Hegemann was unable to score a bull ride last week during the National Junior High Finals Rodeo (NJHFR) in Perry, Ga.
Even so, his father, Craig Hegemann, said the first-time qualifier — who claimed a Nebraska state finals belt buckle to do it — enjoyed the experience.
Haydn was “all smiles” with “goals set” for next year, Craig said.
The bull rider drew a “nice” bull for his first ride on June 20, but was unable to keep his feet to get the 8-second ride.
Then, on June 24, the cowboy attempted to ride an impressive bull, but fell short. Craig said the bullfighters told Haydn after that pros would have had their hands full with the bucking stock.
Roscoe, Mont., cowboy West Schroeder, meanwhile, won the NJHFR aggregate title with three completed rides worth 220.5 points. Travis Lloyd of Challis, Idaho, won the final go-round performance with a 77.5, while Noah Gonzales of New Mexico (81 points) and Gio Kent of California (82) won the first and second go-round, respectively.
Haydn Hegemann's sister, Libby, will next compete at the National High School Finals Rodeo in Gillette, Wyo., on July 17-23. She will participate in the goat-tying event.