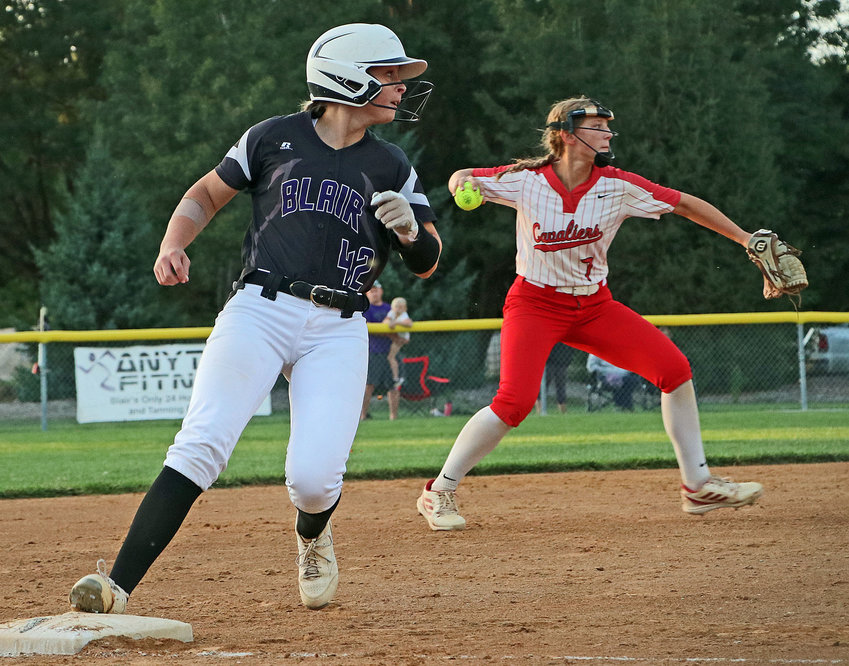 Blair junior Kalli Ulven, left, reaches third base and looks over her shoulder as Wahoo Neumann's Grace Shulz attempts to make a throw to first Monday at the Youth Sports Complex.
Grant Egger 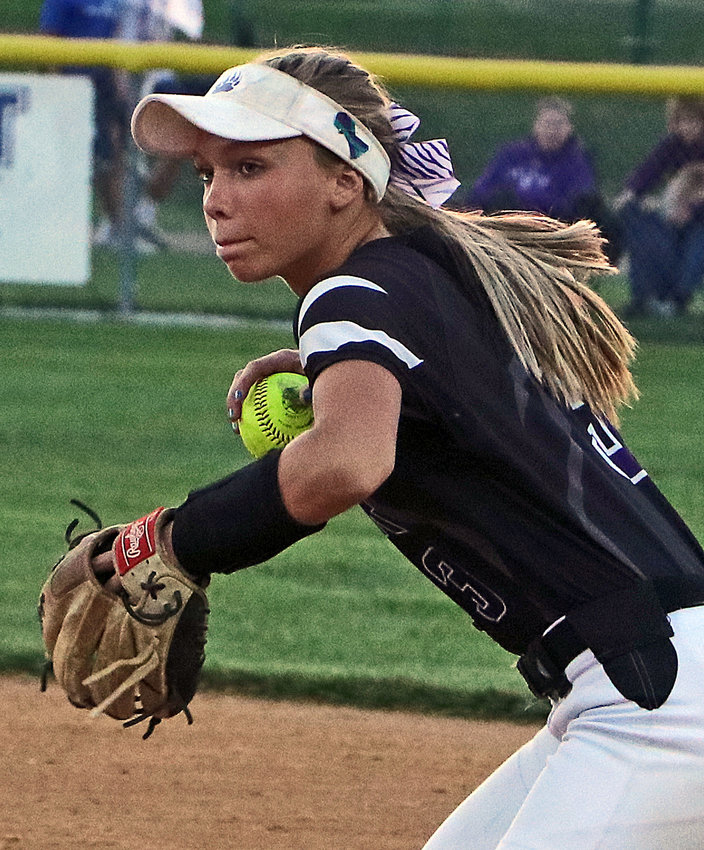 Blair second baseman Leah Chance throws to first base for an out Monday at the Youth Sports Complex.
Grant Egger 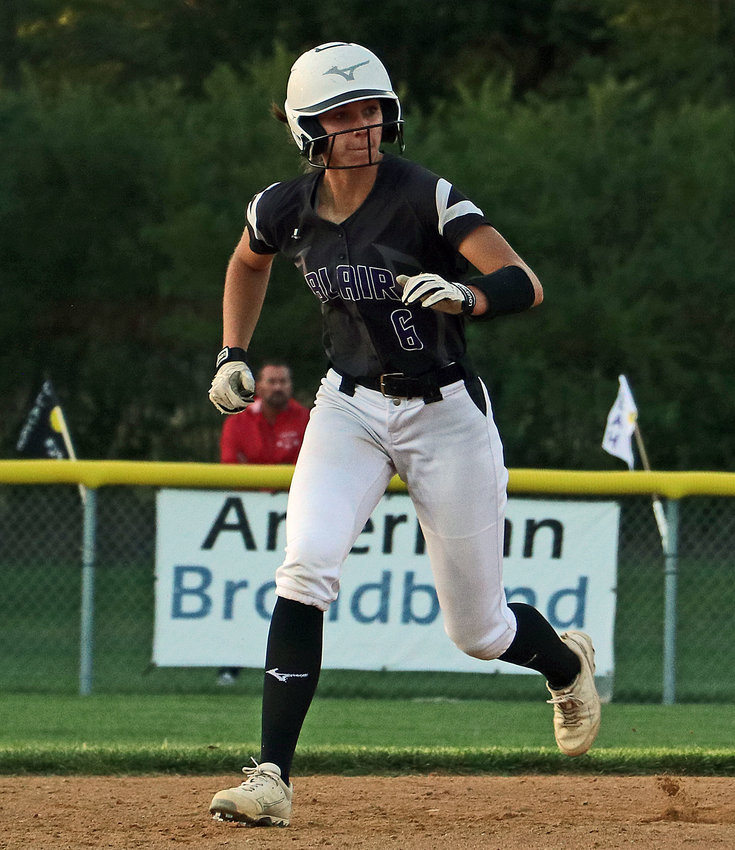 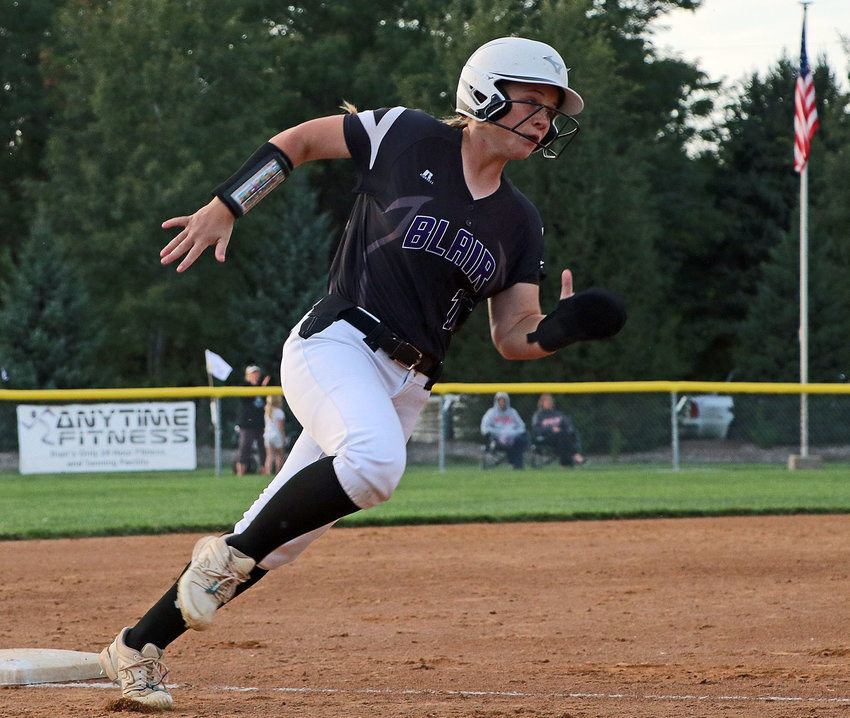 Joslyn Policky, Sophia Wrich and Leah Chance hit home runs Monday as the Class B No. 3 Blair softball team handled Class C No. 2 Wahoo Neumann at home, 6-1.
The Bears have won nine-straight games and are 24-4 overall this fall.
“I think we're still going up,” winning pitcher Kalli Ulven said. “I don't think we're done yet.”
The right-hander contributed at the plate, too, notching an RBI single during the bottom half of the first inning. Senior Tessa Villotta's own bloop single to shallow left field followed, producing BHS' early 2-0 advantage.
Chance, a junior infielder, said coach Jennifer Fangmeier's team was motivated to face the Cavs, who fell to 16-5 in defeat.
“The past two years, they've gotten us and those were both really hard losses,” she said. “So, I think we came in this year, knowing they had our record, and we just had our bats on the ball. We competed really well with them.”
Neumann pulled within 2-1 with a second-inning sacrifice, but it was as close as the Youth Sports Complex visitors would get. Policky hit her one-out solo homer during the third frame.
“It was an outside pitch, so I just took it to the right side,” she said.
The catcher added an RBI swing in the fourth to score Brooke Janning before Wrich led off the bottom of the fifth inning with another solo shot over the outfield fence.
“We just try to keep the energy as high as possible,” she said when asked how the Bears have managed to sustain their success this season.
After a groundout, Chance plated Blair's last run with another home run swing. Six outs later, capped by Ulven's catch on a infield fly, the Bears improved to 15-3 against teams with winning records this season.
BHS was scheduled to close out its regular season schedule Thursday at Bennington and next competes during the Class B-2 Subdistrict Tournament on Monday. Coach Fangmeier's team is the likely host, though brackets were unreleased as of press time.