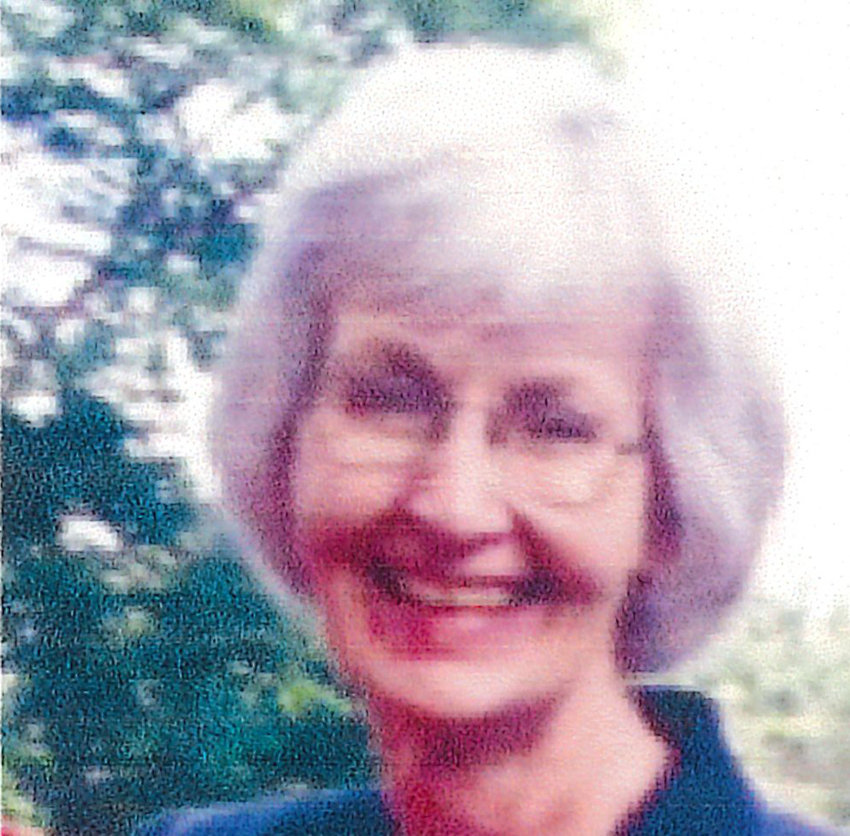 Ann was born on April 4, 1932, to Albert and Wanda (Pellner) Harms in Oelwein, Iowa. She graduated from Oelwein Senior High School in 1950 and from Dana College in 1954. She was Dana's first woman student body president.

After teaching for a year at Luther Junior College in Wahoo, and completing their master's degrees, they relocated to Heidelberg, in what was, at the time, West Germany. There Ann worked in the headquarters of the U.S. Army in Europe, first in the Operations Research Office and then in the headquarters' Command building. She also taught evening classes for the University of Maryland at U.S. Army bases in Heidelberg and Mannheim.

After three years in Heidelberg, they returned to the U.S. and lived in Durham, N.C., where sons Eric and Stephen were born. In Durham, Ann worked at the Army Research Office-Durham on the campus of Duke University.

In 1966, they moved to Blair. There she first taught part-time in Dana College's English department while their sons were young. She subsequently became the college's assistant director of public relations and then its director of alumni affairs. She was also editor of the Dana Review, the college's alumni magazine, for 21 years. She retired in November 1997.

Travels in West Germany and many other European countries, in addition to those taken over the three years they lived in Heidelberg, included many summer trips in the '70s and '80s. After retirement, she also participated in three Dana-sponsored tours to Israel, Jordon and Greece; to Egypt; and to Rome, Florence and Paris.

In Blair she served on the city's Park Board and on the board of the Friends of Black Elk-Neihardt Park. She was also a member of AAUW and the Blair Horticultural Society.

She has requested that no memorial or funeral service be held. Memorial gifts are suggested to the Danish American Archive and Library, the Dana College Foundation, Friends of the Jeannette Hunt Animal Shelter, Blair and the MCH Auxiliary Closet.