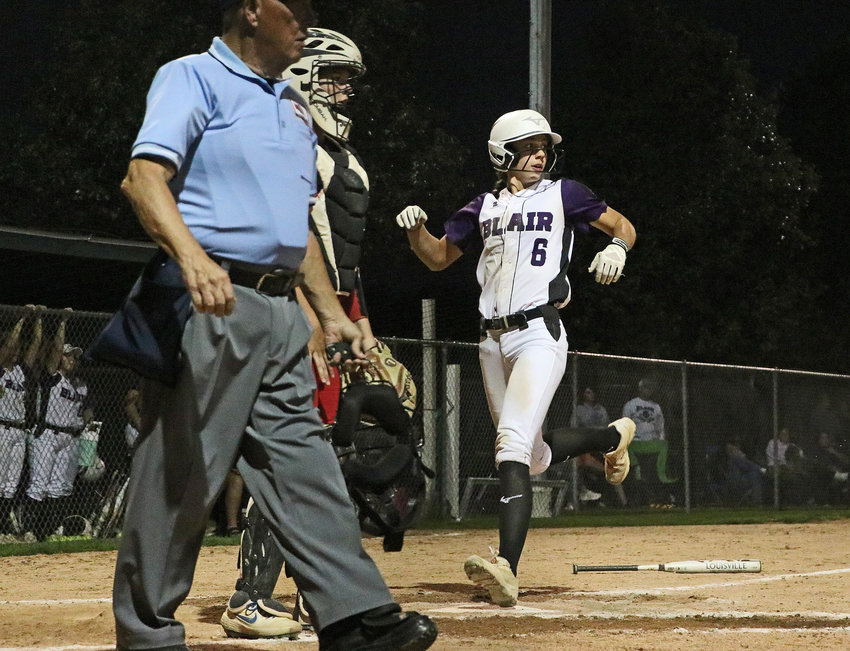 Blair base runner Tessa Villotta scores a run against Ralston on Tuesday during the Class B2 Subdistrict Tournament at Omaha Skutt.
Grant Egger 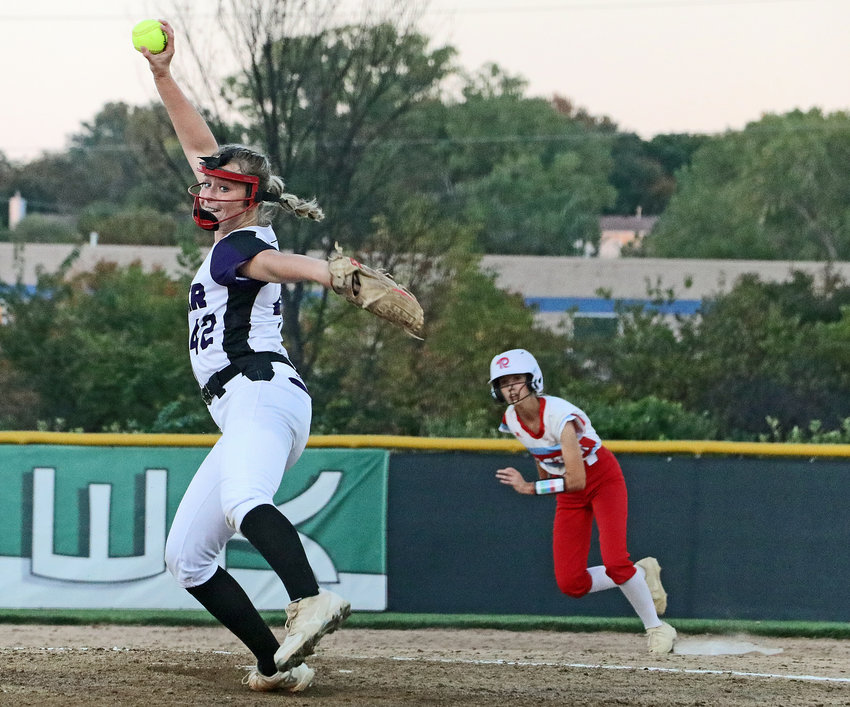 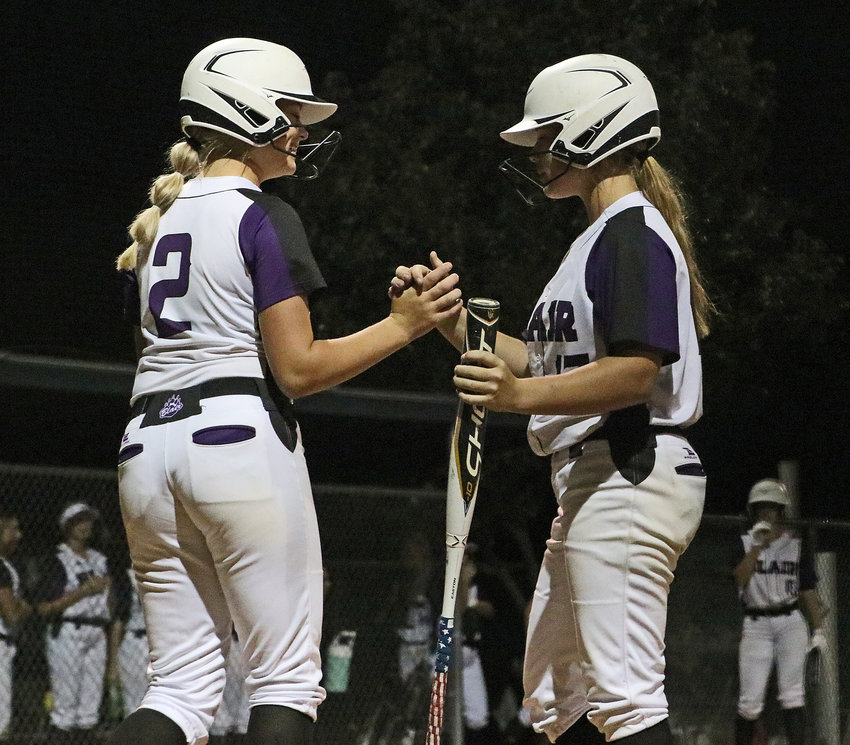 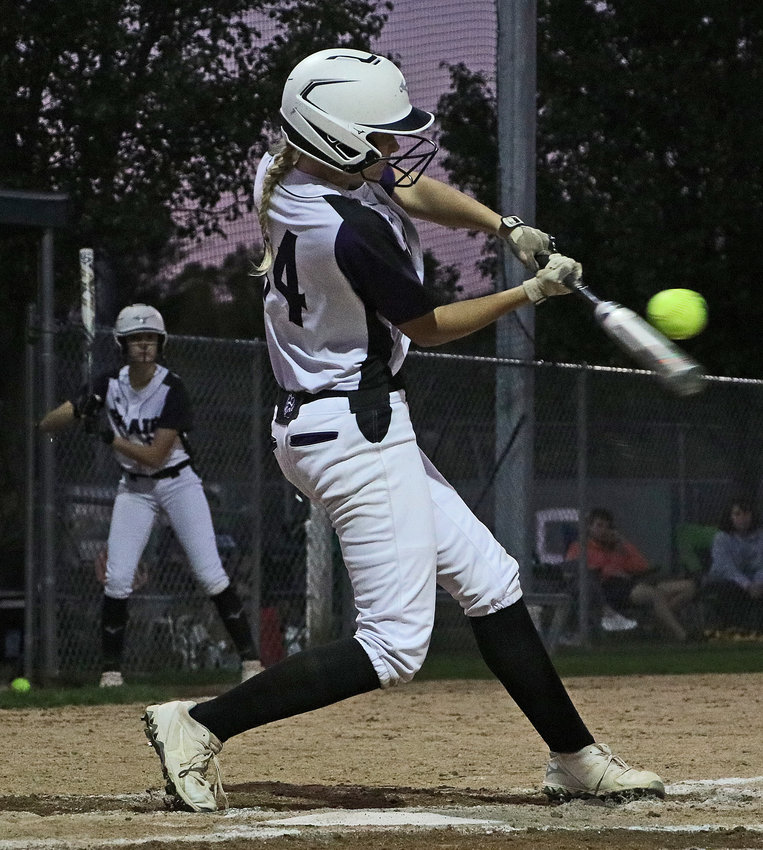 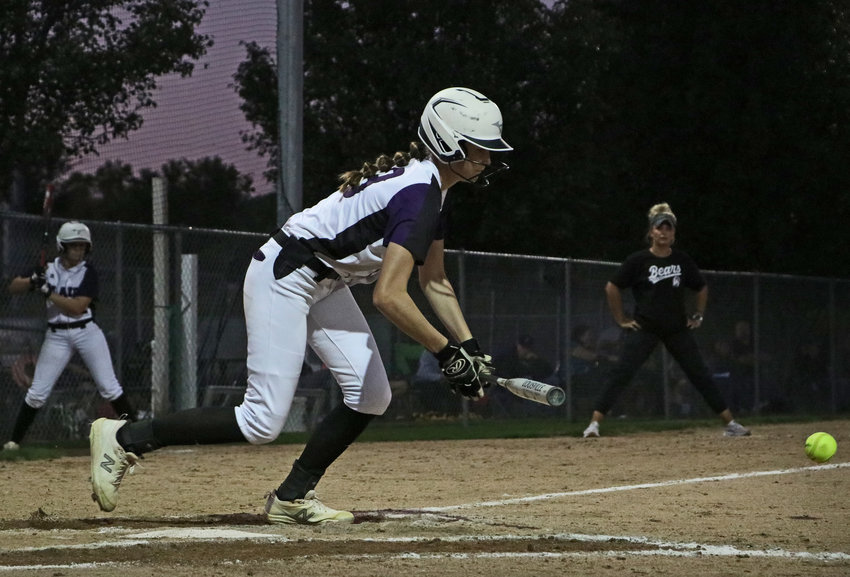 Sticking to its one-game-at-a-time formula, the No. 9 Blair softball team defeated Ralston on Monday during the first round of the Class B2 Subdistrict Tournament.
It's what it needed to do.
Next, however, the Bears' unbeaten host — Omaha Skutt — beat them 12-0 in just three innings.
“Skutt is the real deal,” BHS coach Jennifer Fangmeier said. “Ruby (Meylan) is a solid D1 (college) pitcher who is dominant on the field. Offensively, we limited them to doubles and singles, but they are solid 1-through-9 and hit the ball hard.”
The loss prevented an automatic berth into the district finals round and, ultimately, ended the Bears' season at 16-13 overall. Though they stood 13th in the Class B wild card standings at night's end, subdistrict tournament results from across the state eliminated coach Fangmeier's team from contention. Upsets were too prevelant.
“I love this team,” she said. “They are the hardest workers, selfless and unified. I’m so proud of each and every one of them.”
BHS pitcher Brooke Janning struck out one batter against Skutt, but also one during the Bears' 9-1 win against Ralston earlier in the night. Kalli Ulven — who had five strikeouts — and she held the Rams to just two hits in five innings.
“We knew what we needed to do going into today,” Fangmeier said. “We felt confident and prepared to take on Ralston. We knew we needed to take it one inning at a time, be patient and to keep the pressure on.”
BHS scored two runs during the first inning against the Rams. Both Leah Chance and Janning scored on errors.
The Bears later pushed a 2-1 lead to a 3-1 advantage when Ulven hit a bloop single with Audie Keeling on base as a courtesy runner for catcher Sophia Wrich. Just an inning later, Blair put the game away.
Ahead by two runs, the Bears scored six during the fifth inning to end the game by run rule. Nessa McMillen sacrificed to score Janning before Claire Mann hit an RBI infield single.
Keeling's own RBI single pushed Blair's lead to 6-1 before senior Jerzie Janning hit into an error and Keeling scored on a passed ball to make it 8-1. Finally, after a Chance walk, Janning scored the game-ender on a bad throw to second base by the Ralston catcher. She celebrated the run with her sister Brooke at home plate.
The win was the Bears' 16th of the season as they improved to 16-12 before the Skutt loss ended their fall.