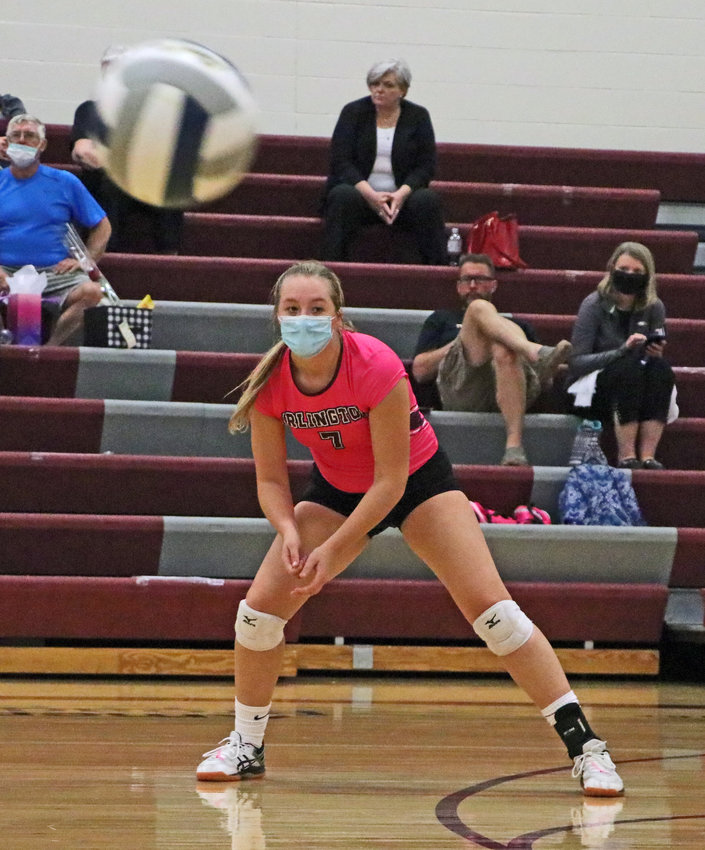 Arlington Eagle Claire Allen plays her spot on the floor during a match earlier on in her senior season. On Monday, the Eagles' senior class played its final match.
Grant Egger/File 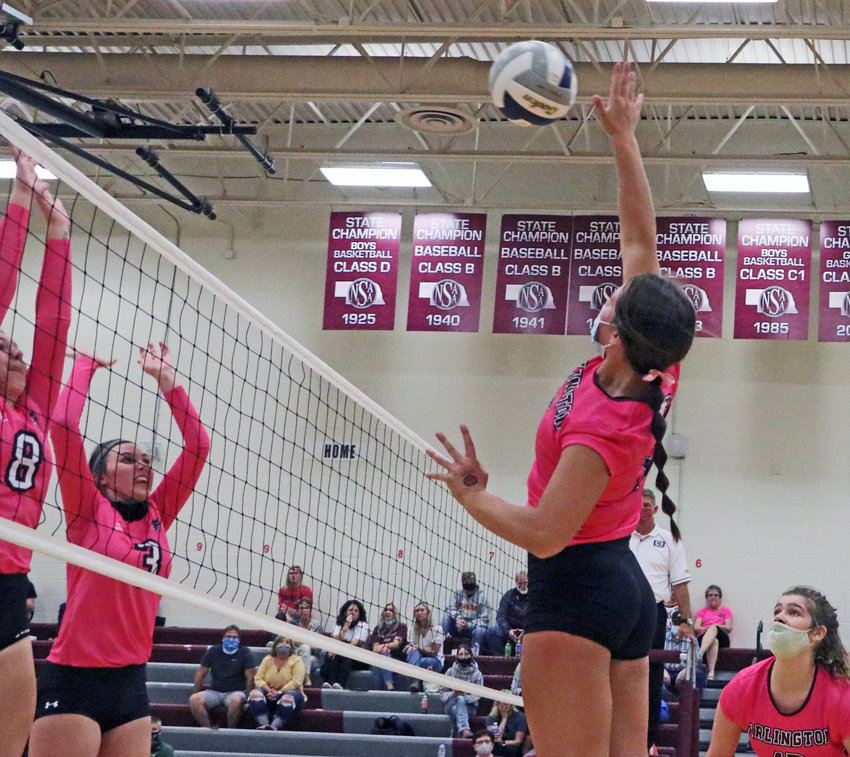 The Arlington volleyball team defeated Logan View/Scribner-Snyder 2-0 on Oct. 10 and 3-2 five days later.
On Monday, though, the fifth-seeded Raiders upset the No. 4 Eagles 25-20, 25-10, 12-25, 25-14 during the first round of the C1-5 Subdistrict Tournament at Oakland-Craig High School. The loss cut AHS' season short at 8-18.
“We played a little flat,” Eagles coach Katarina Nelson said. “It's hard to beat a team three times.”
Arlington fell behind 2-0, but responded with a 13-point victory in the third set to extend its season to a fourth. Nelson said it was a “now or never” approach that gave the Eagles energy.
AHS' difference-makers played well during that set as well. The coach named Chase Andersen, Kailyn Gubbels and freshman Lizzie Meyer as examples.
Unfortunately for the Eagles, momentum didn't carry over to the fourth set as Logan View advanced to face top-seeded Oakland-Craig in the next subdistrict round.
“(The Raiders) played well and we made a lot of errors,” Nelson said.
Arlington's loss ended the high school careers of three seniors — Claire Allen, Mallory Ruwe and Kali Thomsen.
“Claire Allen had a great night,” Nelson said.
The setter was in and out of the Eagles' lineup during the season due to illness, but was effective when she was able to play. The coach said her work ethic and energy was a compliment to the team.
“I think her senior year was excellent,” Nelson said, noting that a left-handed setter is a coach's “dream.”
Ruwe and Thomsen were steady contributors during their 12th-grade campaigns. Nelson called both “strong players” who'll be missed due to the personalities on and off the court.
“Next year, we'll have six seniors,” Nelson said. “That's huge.”
The coach said she was excited to hear how players and coaches can improve moving forward during the Eagles' post-season interviews.
“We love the girls,” she added.