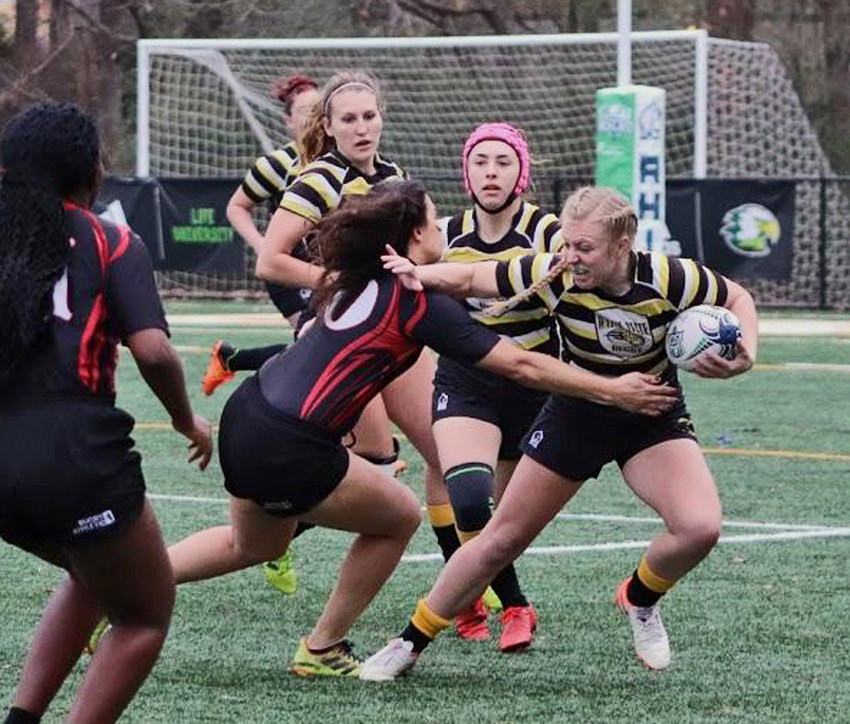 It hurt when Lauren Nelson's lung collapsed last summer.
The Fort Calhoun graduate spent more than a week in the hospital after feeling a sharp pain in her chest during an all-star rugby team practice. The Wayne State Wildcat reckons it was initially caused by a hard hit a few weeks earlier during the spring's national tournament.
Nelson, a college senior in her final semester, waited through eight weeks of recovery time, but she was ready to go when practice for her final season began in August. She jumped right back into duty.
“It's kind of stressful,” the Wildcat team captain said recently. The end of her rugby career is approaching as she nears graduation with a degree in Human Services. Admittedly, she's trying to forget that this is it.
But Nelson and her Wayne State team has the opportunity to go out on top. The Wildcats will be in Knoxville, Tenn., on Saturday and Sunday for the National Collegiate Rugby Final Four. It's a new tourney locale for the perennial contenders, who face Northern Michigan to start.
“It's definitely been kind of challenging,” Nelson said of her final season. She's a captain this fall, which involves a lot of responsibility in the club sports realm. The FCHS grad has had a lot of behind-the-scenes work to manage.
Nelson's earned the spot, though. She joined the rugby squad after starting her college sports career as a basketball player in Iowa.
As the Wildcat has gained experience, she's earned more responsibility on the field. She's changed positions, moving to center and now to fly-half, where she leads the back line and calls plays.
It's been a journey, but a fulfilling one for a former Pioneer who hadn't played a full-on contact sport until she arrived in Wayne.
“It's taken me a full four years to learn how to tackle right,” she said.
Nelson is now, though, and the results speak for themselves. The Wildcats earned their Final Four trip with a perfect, 4-0 record this fall — a season that's been short on willing opponents.
“People keep canceling on us,” the fly-back said.
Wayne State will face its toughest competition at nationals. Though the Wildcats have been many times, Nelson said this trip feels a bit different with so few games leading up to it.
Still, the captain believes her team will succeed. Wayne State players are conditioned and play strong from the beginning whistle to the end.
For years, Nelson has battled on rugby turf. She spent seven-plus days in a hospital and eight total weeks of recovery for this last hurrah, and she's excited.
The Fort Calhoun grad said this game and the people in it have meant a lot to her.
“The whole community of the sport is different,” she said.
And Nelson absolutely meant it in the best way possible.