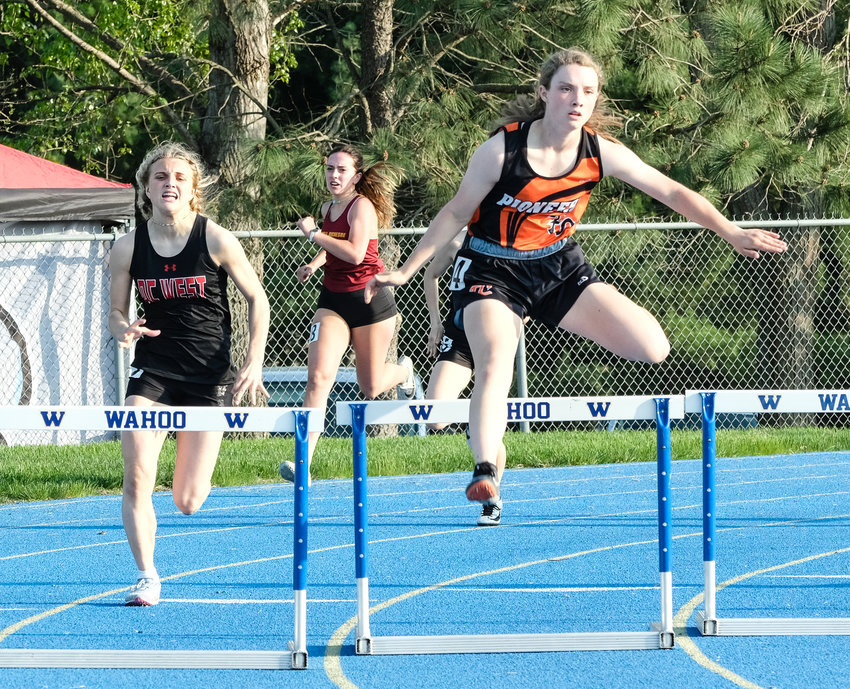 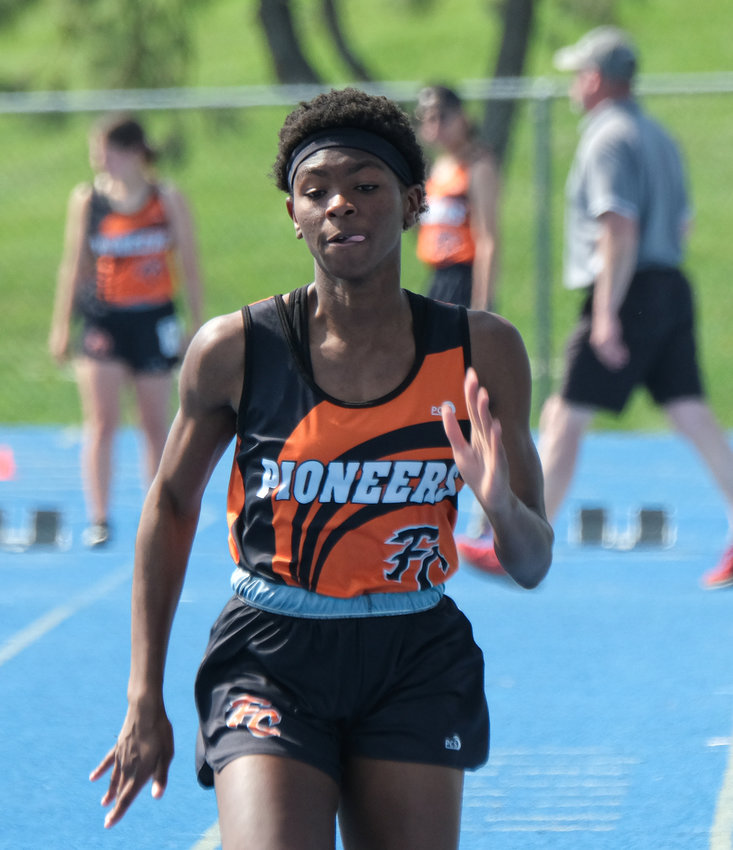 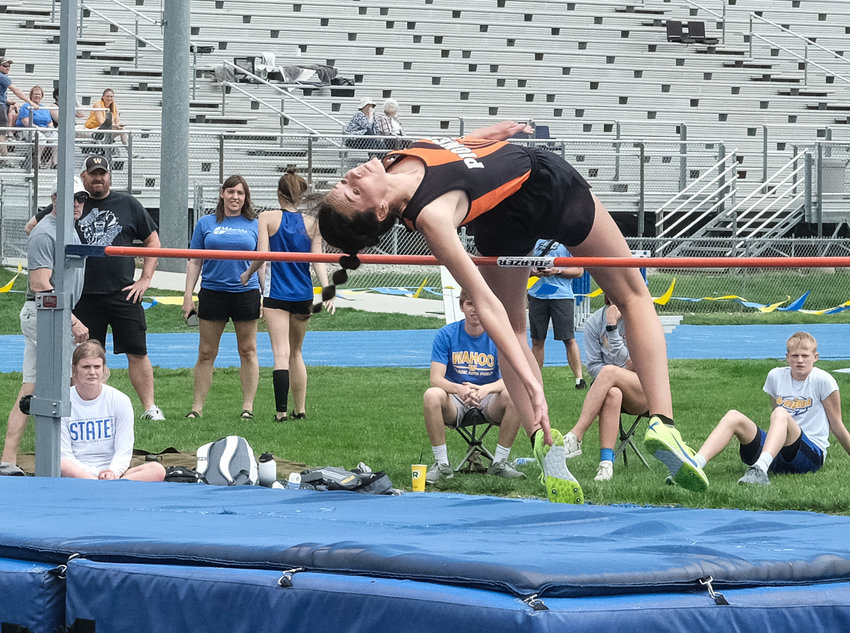 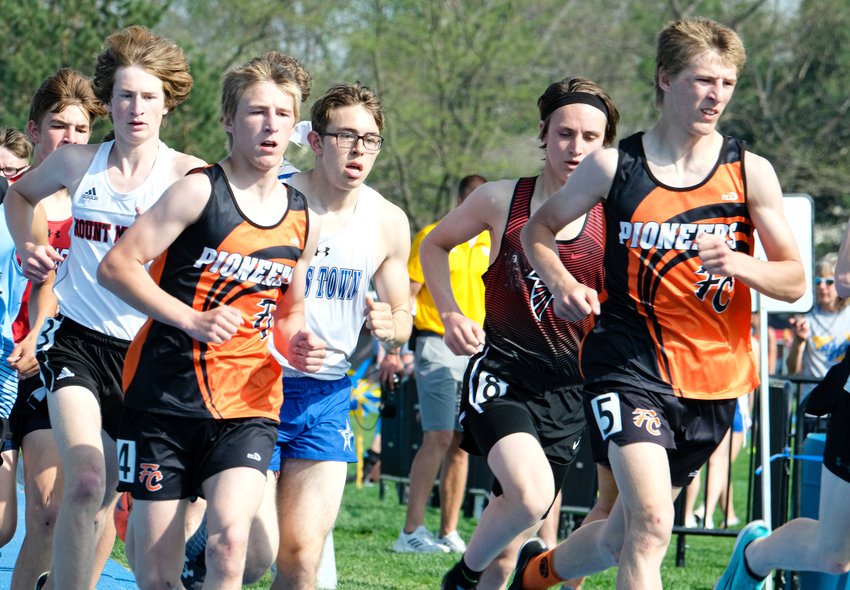 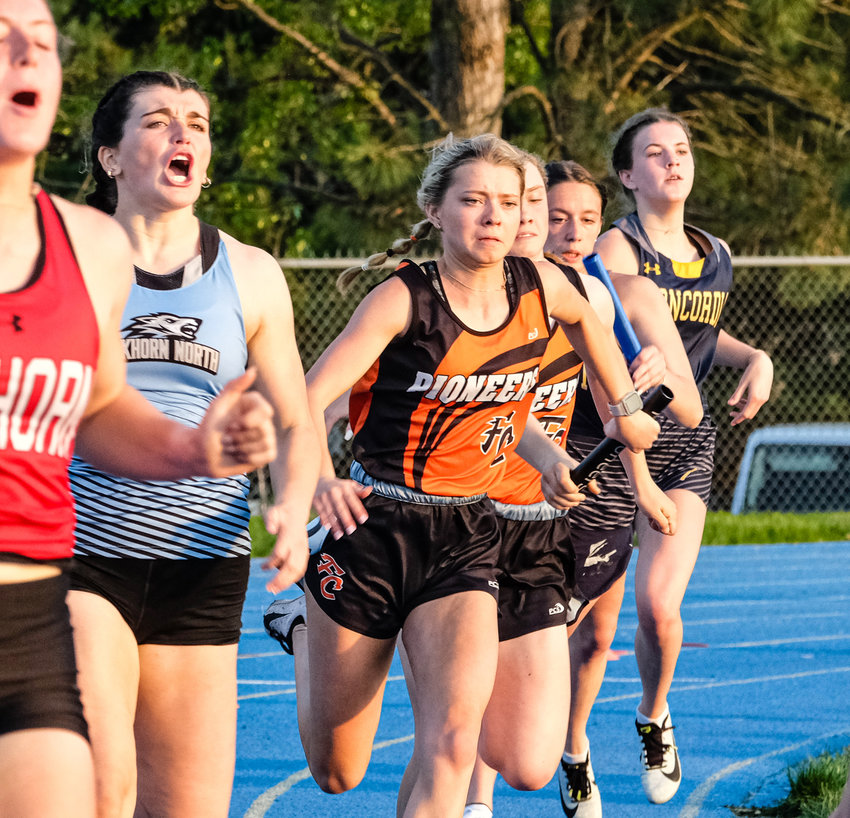 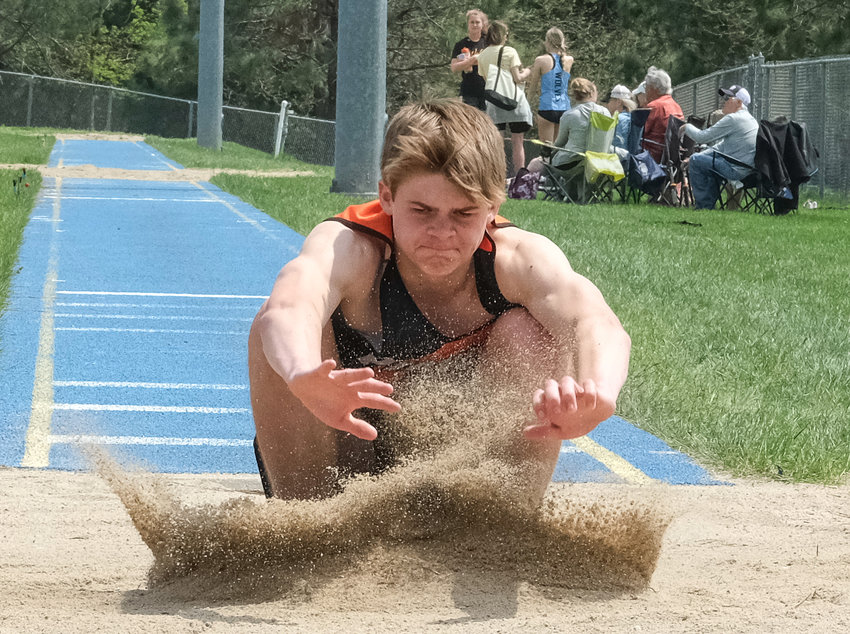 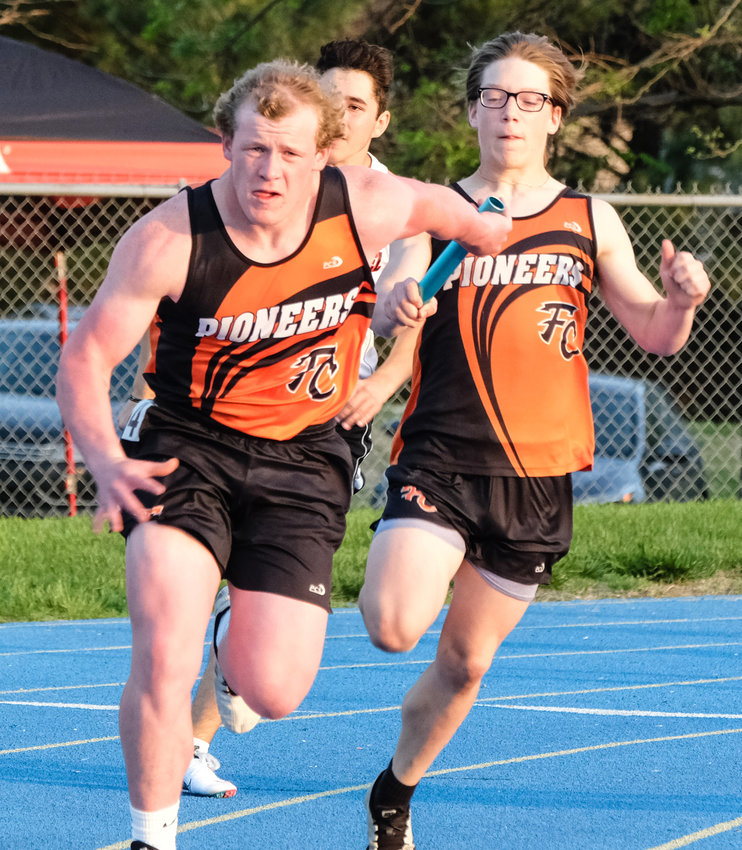 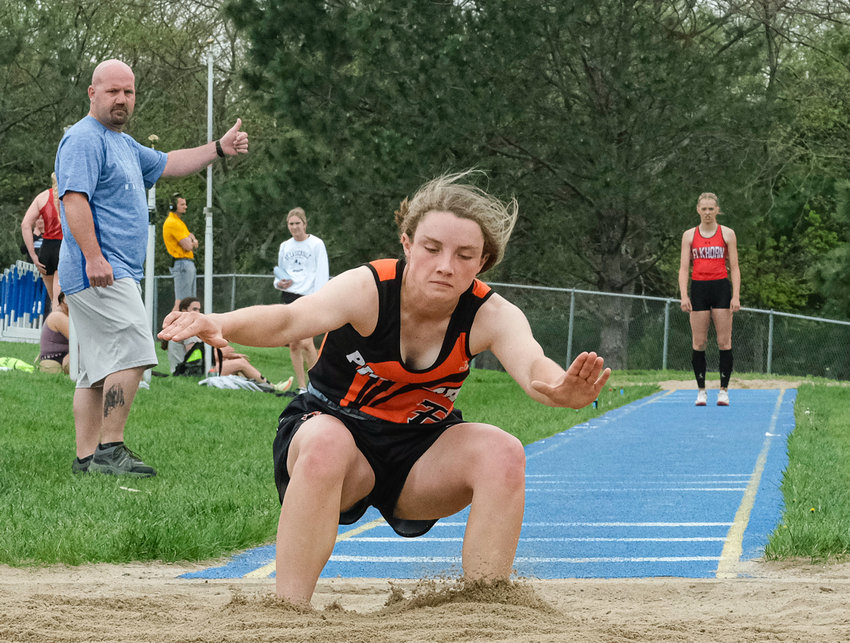 Fort Calhoun track and field coach Mandy Taylor was a bit nervous for her freshmen daughters going into Tuesday's Class B District 2 meet.
Kaylee Taylor, meanwhile, was a cool customer.
The ninth-grader was one of five Pioneers to qualify for the NSAA state meet with her performance at Wahoo High School.
“Not going to lie,” coach Taylor said. “I was pretty proud.”
Dala Drowne, Bria Bench, Lance Olberding and Ely Olberding will join the Taylors at Omaha Burke Stadium next Wednesday. They helped the FCHS girls finish fourth behind first-place Elkhorn North on Tuesday, while the Pioneer boys were ninth behind the district champion Wahoo Warriors.
“I think the kids came in and competed,” coach Taylor said. “Just as we thought they would.”
Kaylee Taylor cleared 32 feet, 9 inches during triple jump competition, qualifying for state with her second-place finish. She also just missed earning a state spot in the 300-meter hurdles, clocking in at 51.55 seconds.
Drowne and Bench, meanwhile, finished second and third in the high jump for their state qualifications. Drowne cleared 5-1, while Bench surpassed 4-11 even after hitting the bar on an early attempt.
“She came back and battled,” coach Taylor said.
Drowne added a fourth-place finish in the 200 dash, too. She just missed moving onto Burke with a 27.14-second time.
The Olberding brothers, meanwhile, will compete for Class B medals in the 3,200-meter run with their additional-qualifier times. Lance Olberding — the fourth-place finisher — just missed out on a top-three result to automatically qualify from his district, but both he and Ely earned their spots at 10:36.21 and 10:37.13, respectively.
“They will always give you their best,” Taylor noted.
Though many more Fort Calhoun athletes fell short of state than made it, the coach was pleased with the amount of team-wide personal records set in Wahoo, calling it “PR city.”
The Pioneers added two more fourth-place finishes in the boys' 400- and 1,600-meter relays as well. Fred Altstadt, Clayton Bohnenkamp, Michael Maxon and Clint Dierks finished the 400 in 46.22 seconds, while Eddie Lautrup, Louis Diggins, Angel Scott and Lawson Tjardes clocked in at 10:05.71 during the 2-mile relay.
“Proud of them all,” Taylor said, including every FCHS athlete who contributed Tuesday in Wahoo.