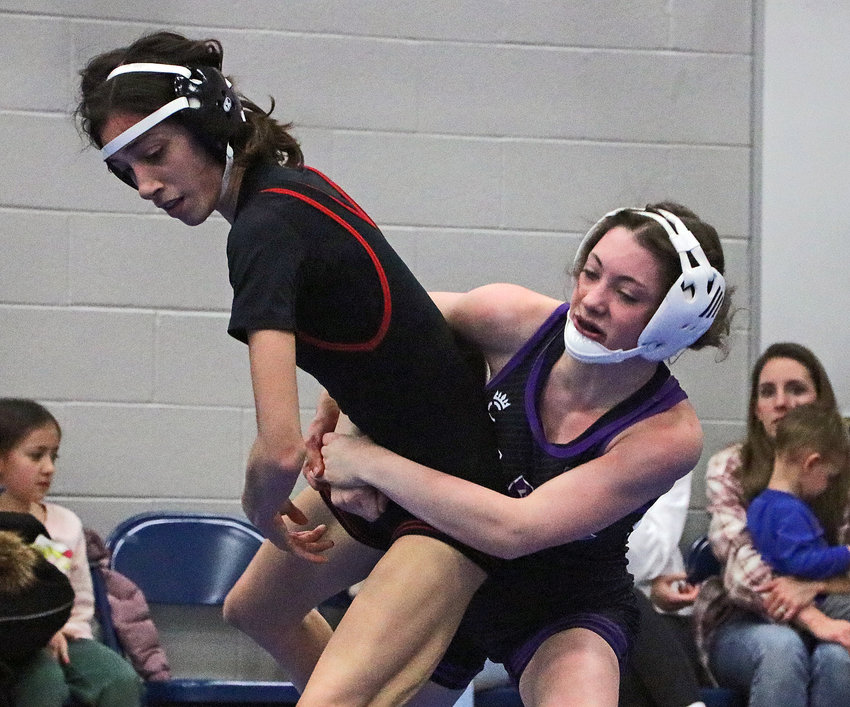 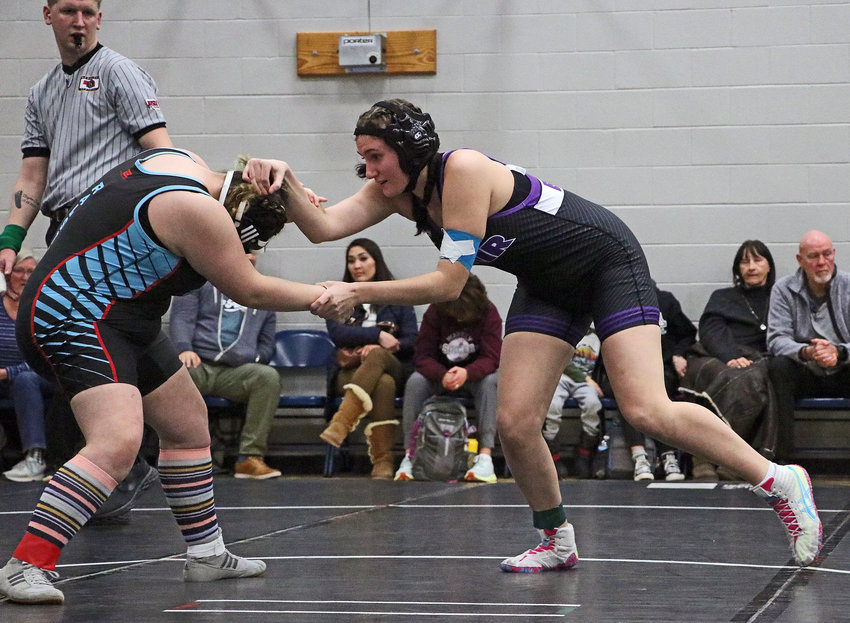 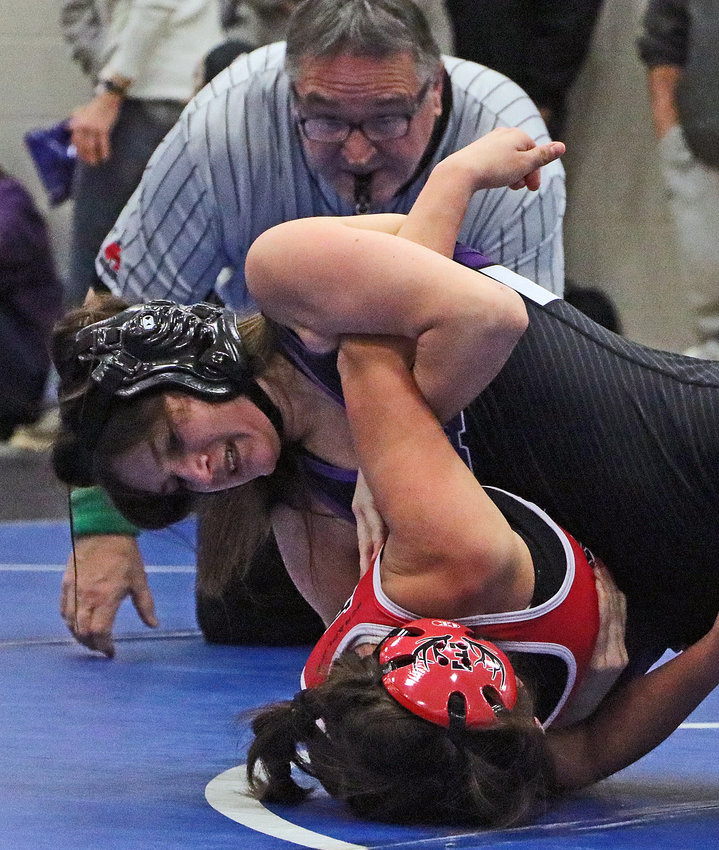 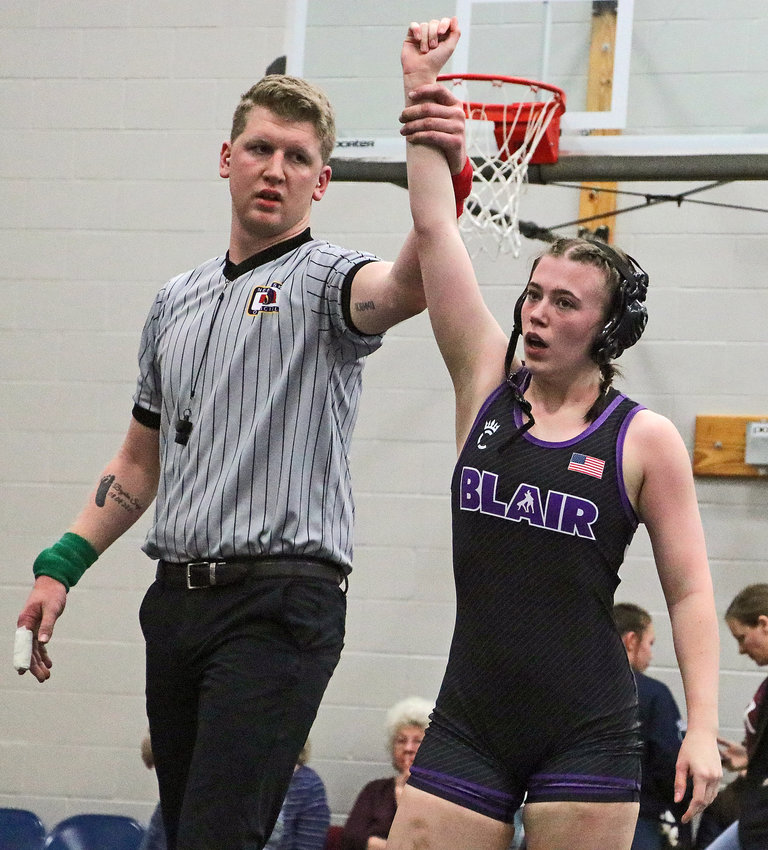 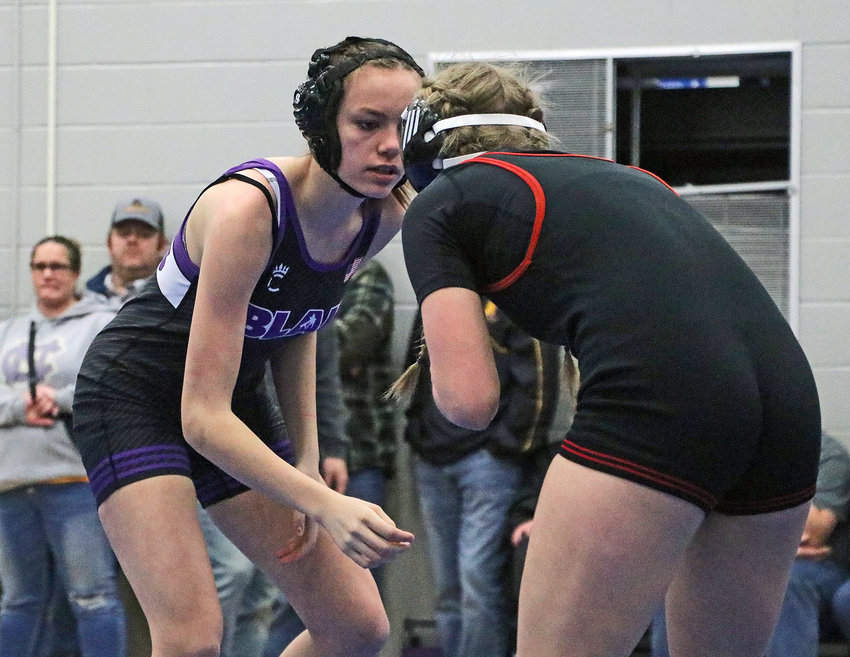 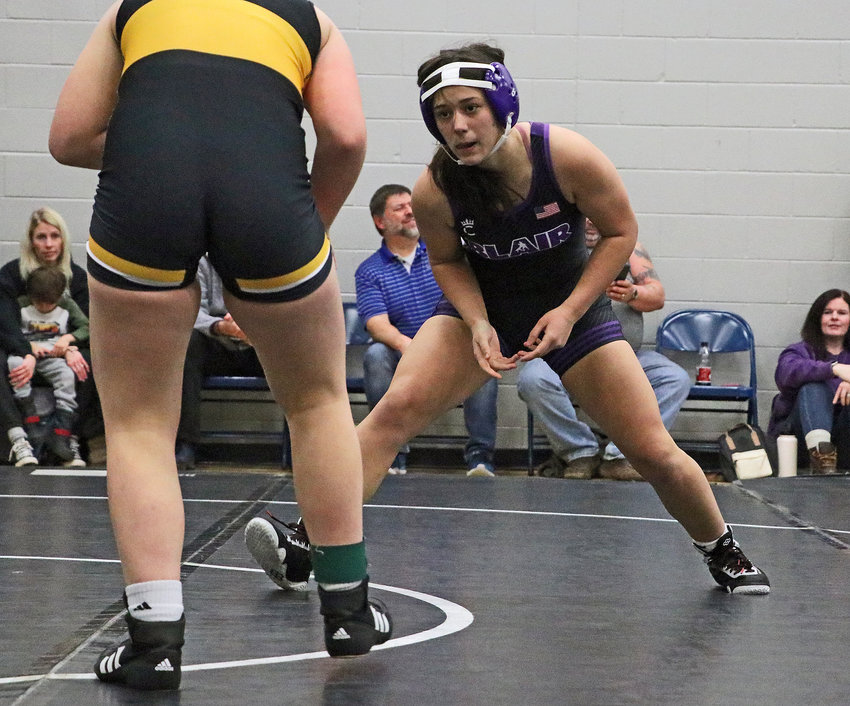 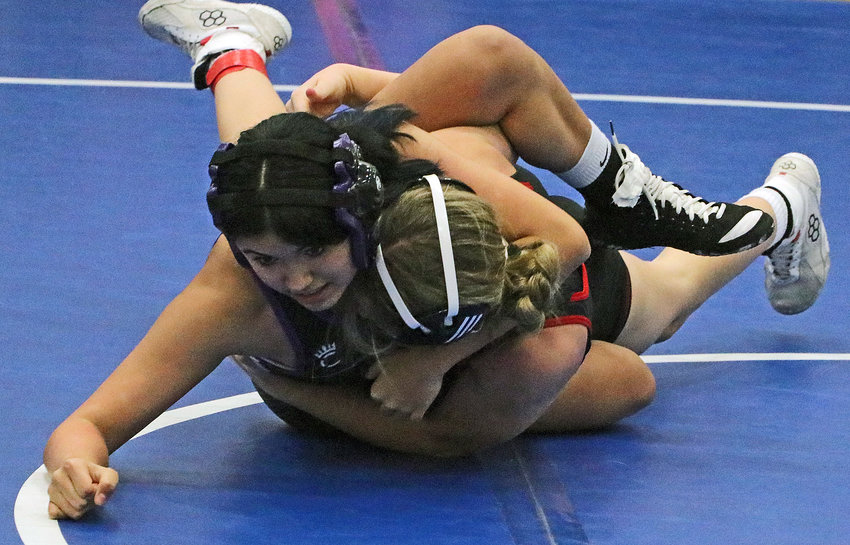 Blair High School wrestlers Jaysie Garcia-Abalos and Shelby Kain went 1-on-1 in their weight classes Friday night and won.
Along with 130-pound bracket champion Savanah Roan, the first-place finishers pushed the Bears to a runner-up result during the Plattsmouth Girls Invite. Council Bluffs Lewis Central won the tournament with 155 team points, while coach Terry Bellamy's squad scored 103 — nine better than third-place Nebraska City.
Both Garcia-Abalos and Kain had just one other person to compete against for first-place medals, but they had to beat those opponents twice. Garcia-Abalos pinned Papillion-La Vista South 140-pounder Annalyse Walton in back-to-back matches to improve to 21-10 this season. She won the first bout in just 34 seconds before stopping Walton in 1:57 to claim match No. 2.
Kain, meanwhile, secured a pin in her first 190-pound match with Ralston's Dezeray Baker before going the distance during the pair's second meeting. The Bear claimed first-place honors with a 6-2 decision in the three-period bout.
Roan, however, won a pair of matches against different opponents to claim her weight class title. The BHS 130-pounder pinned Lewis Central's Madison Allmon in 3:23 first before earning another fall in 3:41 against Elkhorn's Addison Richardson.
In addition to its champions, Blair's Riley Martin (100 pounds) and Madi James (145) claimed silver-medal status in Plattsmouth. Martin scored a pair of pins before dropping the deciding match to 36-4 Lewis Central wrestler Ava McNeal.
James, meanwhile, claimed her own two pins before falling to a 37-2 Titan — Espie Almazan — in the 145-pound finals.
The Bears' Josie Tilson (105 pounds) and Josie Biffar (135) won their final matches for third Friday. Both wrestlers went 2-1 overall with two pins apiece.
Ali Wheeler (115) and Najmina Ahmadzada (170) added fourth-place efforts for Blair in Plattsmouth, while Maia Opetaia-Swope and Abigail James notched a victory each, too.
After a Thursday night cancellation due to weather, BHS next competes 4:30 p.m. today in a home triangular against both the Elkhorn South Storm and Millard West Wildcats.